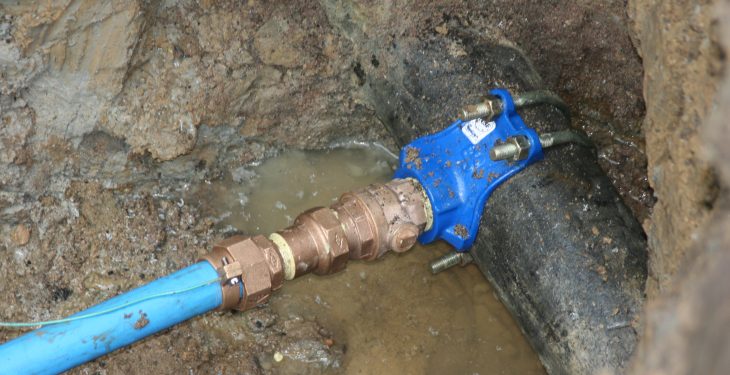 Irish Water’s ‘New Water Supply for the Eastern and Midlands Region’ – also known as the ‘Shannon Pipeline Project’ – was brought under the spotlight during the week when it was alleged that 57% of Dublin’s water supply escapes through leaks before reaching its destination.

The project proposes laying down a pipeline to bring water all the way from the Parteen Basin on the River Shannon in Co. Tipperary to the outskirts of Dublin.

Speaking on RTE Radio 1’s Today With Sean O’Rourke, Emma Kennedy, a corporate lawyer and founder of Kennedy Analysis, claimed that there were several flaws with the project – including mathematical issues – and that there would be no need for the project if the existing leaks in the city were repaired.

Kennedy said: “Dublin’s issue is not a lack of water; Dublin’s issue is the fact that 57% of the water put into its water supply network pours straight through holes in its pipes into the ground.

“The pipes are that ancient and corroded because they’ve simply been neglected for decades and they’re in a third-world state of decay.”

The lawyer, whose husband’s family farm near Nenagh would be one of the lands affected, said that the focus for the past 20 years has been on “sticking plaster” solutions rather than actually fixing the leaks themselves.

Over the last 10 years, she said, the total investment on fixing leaks in Ireland across the country has been €100 million – working out at €10 million per year on average.

“It doesn’t fix the issue that no matter how much water you put into one end of Dublin’s water supply system, unless you fix those leaks, you’re going to have poor quality water.

“You’re going to continue to have outages and issues like the one we’ve just seen because – no matter how much water you put into one end – you’re dealing with a cripplingly compromised water supply system,” Kennedy said.

“There are actually three major mathematical and data errors in Irish Water’s analysis, [which] once corrected, demonstrate that there is no need for a project of the size of the Shannon project – even if you just adopt Irish Water’s current leakage recovery targets.”

“Irish Water constantly presents its leakage targets as ambitious; it quite simply is not compared to achievements elsewhere. But, even adopting its existing leakage targets, there’s such a huge volume of water leaking in Dublin.

“If you just recover a fraction of that it is huge. So that offsets the growth in demand that will happen over the coming years.”

Kennedy claimed that correcting just three errors would change Irish Water’s projection of a 255 million litre per day deficit by 2050 into a surplus of water.

“Back in 2010 [Irish Water] produced a report which actually proposed a 0% reduction in Dublin’s leakage over the forthcoming 30 years. That was when it simultaneously said we needed to get water from the Shannon.

When you look at leakage recovery over in the EU and in the UK, London reduces its leakage by 30% in only 6 years, other cities have reduced 50% in eight years, by 83% in 20. Irish current targets are to reduce by 31% in 39 years.

“There were two aspects to this:

Making a final comment on the matter, Kennedy noted that, last week if Dublin had a leakage rate of 20% – the average for UK cities – its spare capacity would have been 112% instead of shortages in supplies.

Richard Manton, policy officer of Engineers Ireland, noted that there was certainly a major issue in terms of the capacity of water in the greater Dublin area.

He agreed that there have been decades of underinvestment in the city’s water system and that other sources of water need to be identified for the Dublin region.

However, disagreeing on some of Kennedy’s points and figures, Manton said that he believes that Irish Water’s targets are in fact ambitious.

Dublin currently loses nearly half its purified water supplies – the company’s target is to reduce this down to 35% over the next few years, he said.

“I think that is quite ambitious given the lack of investment that has been put in the network to date.”

Manton also made the point that Dublin’s population will continue to grow by about 265,000 people in the next 20 years.

Manton said: “It is very possible to increase our [leak repair] success rate, currently as we heard it’s nearly 50% leakage.

“I think a reduction to 35% would be a major step forward within the next five years and we should be moving towards then achieving somewhere for example the rate in Northern Ireland which is 28%.

“I think that would certainly open up a lot more capacity. But what we have heard, from engaging with Irish Water and our own water engineers, is that we will need to explore other water resources also.

Manton said he welcomed the current discussion on the matter and Engineers Ireland will be putting forward its own calculations, with a report due to be published on the situation in May.

Sinn Fein spokesperson on housing Eoin O’Broin also spoke on the topic, and queried whether there would be environmental impacts from the pipeline.

“We think Irish Water has a lot of questions to answer; it was meant to answer them to us in the middle of last year and we’re still waiting,” he said. 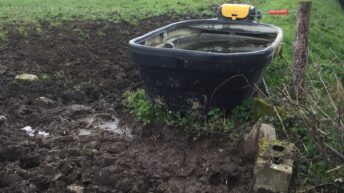