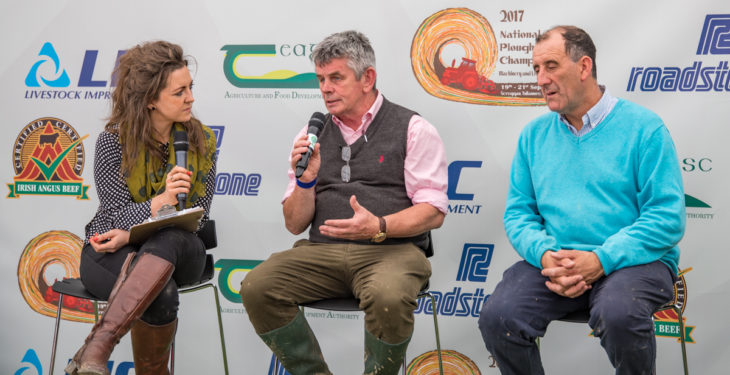 The Longford drystock farmer and former Leinster GAA Chairman said he is “deeply concerned” about the long-term impact of rural depopulation on the sustainability of the GAA in parishes nationwide.

At home in my own county of Longford, originally we had 24 clubs; now we’re down to 21. That has happened in the last seven or eight years and it is really down to rural depopulation; there are no ifs, ands or buts about it.

“The GAA is flourishing in sunnier climates, all over the world it is the number one game for Irish people. In far flung places like the Middle East, North America, South America – you name it. There are now in the region of 100 clubs in Europe, but sadly the price that has been paid for the expansion of the GAA is the decline of clubs across the country,” he said.

Can GAA play a role in rural rejuvenation?

Skelly, who lost out on his bid to become the 39th president of the GAA earlier this year, stressed that the GAA can play a “major innovative role” in rural rejuvenation.

“Being involved in the GAA in your community is like farming in a sense. When you’re involved in farming your own land, you feel you’re contributing to something that you will benefit from; and that you’re leaving something for the next generation.

“In the dark days of the recession the presence of a strong GAA club was very, very important; but now there are a number of GAA clubs that are really under the cosh. Without employment in an area people will go elsewhere, put down roots probably in a larger urban areas, and will not come back if they find gainful employment.

It’s so important to the very fabric of society that the clubs are given every help and sometimes it may involve every man, woman and child saying this club belongs to us – this is where I am from.

“Without boosting the grassroots in weaker counties they will continue to diminish and the fallout will affect everyone,” he said.

Skelly was speaking as part of an AgriLand panel discussion on rebuilding rural Ireland through sport at last week’s National Ploughing Championships in Screggan, Co. Offaly.

The former ESB worker is responsible for designing the nets that stand behind goal posts at thousands of GAA pitches nationwide – including Croke Park and the newly refurbished Pairc Ui Chaoimh, Cork’s GAA stadium.

I got great training on high climbing on wood poles and pylons in the ESB in the 80s. I was hurling with my local club and they needed a bit of help, we kept losing sliotars into a farm at the back of the goals – there was a very steep incline.

“The club could hardly afford the cost of all the sliotars we were losing; it was an embarrassment when other teams came in. I was asked if there was any way we could do something; so we put up some high 30m poles either side of the goals.

“The first summer was very successful, we had more sliotars; but when the winter storms came the nets got destroyed. One evening I went to visit my ill father, it was twilight in the room and I watched my mother pull the curtains. The simplicity of seeing my mother pulling the curtains gave me the enthusiasm to build nets that could retract,” he said.

Within the first four years, Giblin fitted over 3,000 nets on GAA pitches and rugby grounds across the country.

After inheriting a small farm from his late father, Giblin diversified the old sheds to develop his netting business where he employed 15 local workers.

“I’m always strong on small farms, there is huge potential in them. With the right idea, an acre can be a gem,” he said.

The innovative and passionate community man diversified his holding to incorporate new tourist opportunities, through fishing amenities in the local area. Today, almost 500 French and German tourists visit his holding every year to fish on Lough Derg.

With the local economy reaping the rewards of Giblin’s dynamic vision, he delved further into the potential of sport to boost his rural community.

“I diversified the farm further through sport; having hurled myself and done all the running up and down the hills. I said maybe I could make something more interesting for people around the country – so we built a team building centre called Derg Isle.

“Hurling, camogie and football teams from around Ireland come for team bonding, personal development and survival training; and thankfully it is going well.

There is no doubt that there is potential in sport to rebuild rural Ireland, between tourism and thinking of different ideas outside the box we can be smarter and build viable futures for the next generation.

“Personally I wouldn’t like to see it go that way, every lad’s dream and ambition when you are kicking football is that one day you will ultimately walk the steps of the Hogan Stand to lift the Sam Maguire.

“If you take that away from county squads and tell them ‘no not this year lads, you are playing for the Mickey Mouse trophy, it will be presented in Tullamore’, it won’t have the same impact. The drop-off rate in players will continue and the gap between the top and bottom counties will just get wider,” he said.

Conference set to discuss ways of how to revitalise rural Ireland 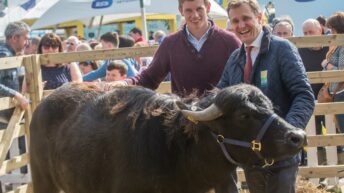