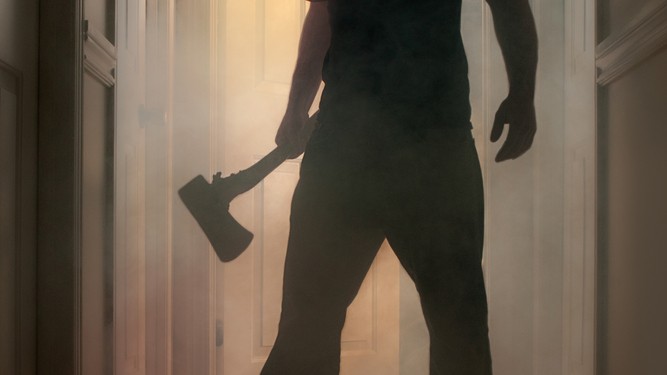 ICMSA said its farm survey published today shows farmers are very concerned about the future of many rural state services, the increase in rural crime and the lack of garda resources to combat this.

“The first thing to say is that I don’t own a gun and would be very cautious about ever urging ownership of a firearm as a possible remedy to the fears that undoubtedly exist in rural areas around security,” said ICSMA president John Comer.

“But there terrible reality is that we know there are criminals who specialise in targeting elderly and vulnerable people in the countryside – very often farmers – these robbers attack by day or night to terrorise and inflict savage injuries on people who are usually unable to defend themselves and who – coming from a more innocent age – are actually slow to realise the dangers around and develop the type of security-consciousness now required. In that context, it’s understandable that people will feel that they have the perfect right to defend themselves with a legally held firearm, if necessary, and they will want that right – within reason – to be recognised by the State.”

He said that the broader point here arises from the feeling widespread in swathes of rural Ireland that the State is slowly disengaging from people’s lives.

“Wherever they look, rural Ireland and the farm families who backbone the countryside, sees the apparatus and services of state going, and that’s not paranoia; it’s a demonstrable fact. That’s the context in which farmers feel insecure and begin to think: if the nearest garda station is 15 miles away and the robbers come to my house at midnight, what happens to my family? The answer that many are coming to is that they might need a firearm and against the background I’ve just described nobody should be surprised.”

In terms of politics, Comer said the survey party-by-party breakdown results were not surprising and to a degree would tally with traditional patterns of how farmers vote.

“A degree of surprise will be felt at the kind of strong approval expressed by respondents towards Minister Agriculture Simon Coveney. The figures are undeniably impressive and I’m sure will greatly please the minister himself. We note as well that Deputies Eamonn O’Cuiv and Ferris also receive generally positive responses. The real surprise in what has been an extremely interesting first day of survey results is the responses to the question of the issues that would influence farmers’ votes.”

ICMSA said it is also now certain that the old idea of farmers and farm interests as being a monolithic whole is now completely disproved.

“Farmers are just as diverse in their concerns and just as bothered by national social concerns as every other sector of Irish society. This mightn’t suit those who preferred to present farmers as one indivisible block for whom they spoke – but it is undeniably the fact. Farm families are in no way insulated from the problems affecting other Irish families and the concerns of suburban Dublin and Cork are to a huge degree the concerns of rural Cavan or Mayo.”

On the question of whether we have too many politicians and whether they’re overpaid and effective, the survey found that 97 per cent either strongly agreed or agreed.

“Absolutely nothing comes easy in farming,” said Comer, “And that figure shows very clearly that farmers now demand – in common with every other sector of Irish opinion – a much leaner political class with a far greater level of focus and demonstrable competence than was the case in the past. If politicians have the right to ask everyone else to do more with less than we all – not just farmers – have an equal right to ask the same of them.”