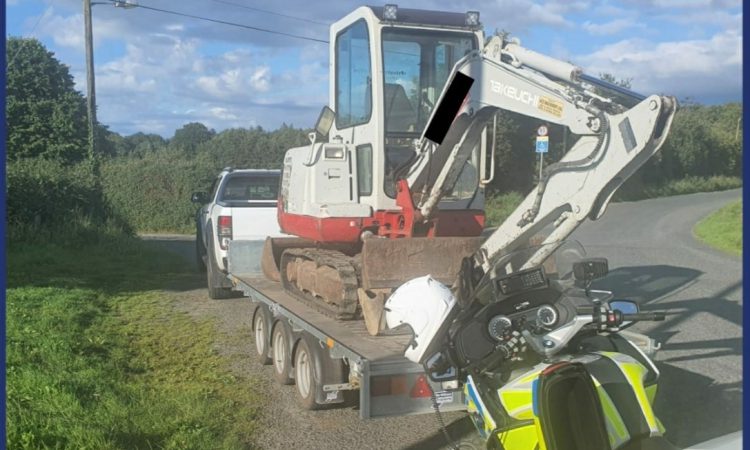 A driver towing a trailer with a mini digger landed in hot water with members of An Garda Síochána over the weekend after being stopped on a road in Co. Laois.

Garda members of Laois Roads Policing Unit (RPU) stopped the vehicle in question, having spotted a lack of restraints holding the Takeuchi mini digger in place on the Ifor Williams flatbed trailer.

Upon confirming this, the driver was issued with a summons for a day in court shortly.

Taking to social media, Gardaí based in the Laois Offaly region said:

“A summons to court will be issued to this driver,” the Gardaí added. 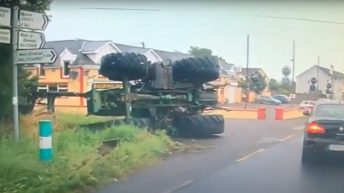