‘Revolutionary’ hedgecutter is completely ‘on the level’ 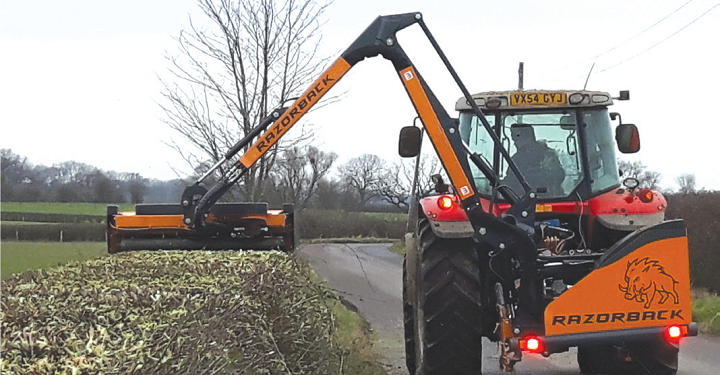 British agricultural equipment firm, Mzuri, unveiled its “revolutionary” new hedgecutter, the Razorback Auto-Level 550, at the Cereals 2017 event, which was held earlier this week in Lincolnshire, England.

The Razorback boasts an unorthodox design, with some novel features that set it apart from most existing hedgecutters.

Firstly, as its name suggests, the Razorback Auto-Level has “revolutionary” self-levelling ‘Co-Pilot’ technology, which “ensures that the head and mainframe of the machine are constantly level, regardless of tractor angle”.

This compensates when working on rough ground and delivers “an exceptionally smooth finish”, according to its manufacturer, which claims that it also provides for “precise and simple operation”. The main control box features rotor on/off, level sensitivity and auto-level Co-Pilot on/off functions.

Another equally-innovative feature is the hedgecutter’s head, which employs a multi-rotor design – featuring three, four-blade rotors housed in the 1.5m-long head. In addition to this, there are mulching blades and a hydraulically-controlled front hood and rear roller. This, says the company, provides improved productivity, a superior finish and considerable cost savings, when compared to existing flail-type machines.

The company reinforces this point by noting that the blades are in contact with the (hedge) growth during their entire 360° cycle (unlike a standard flail head, which is only in contact with the actual hedge for a small fraction of its rotation). This allows for a faster and cleaner cut as well as a superior mulching technique, the company claims.

The hedge is also tidier, with less debris on the road or the tractor, thanks to the hood design and side deflectors.

The Razorback Auto-Level 550 has a reach of 5.5m and can deal with verge mowing and hedges – with up to two or three years’ growth, according to Mzuri. It also, says the company, allows operators to get the job done in fewer swipes – saving on time and diesel.

Mzuri expects the Razorback to become available for purchase towards the end of this year with a standard machine costing £28,480 (€32,573). 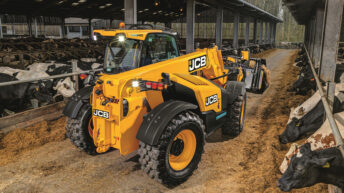