In the first article of the ‘Revisited Series’ – where we will look back at the top 10 beef-related feature length articles of 2019 – we wind back the clock to early April.

These calves are finished as steers and heifers on 57ha at 20-24 months-of-age. This year, 100 calves were purchased and the breeds consisted of Aberdeen Angus, Hereford, Limousin, Belgian Blue and Charolais.

As stock bulls are used exclusively to mate the heifers, any of the beef AI straws were used in second calvers onwards.

An Aubrac test bull – AU4683 – was also included in the bull team and used on a number of cows throughout the herd. With a pedigree associated with easy calving, the Gene Ireland bull’s plus carcass weight and conformation figures warranted his inclusion.

In addition, the longer gestation breeds (Limousin and Charolais) on the list were targeted at cows mated during the early weeks of the breeding season, while the later mated cows were AI’ed with bulls of shorter gestation (Hereford, Aubrac and Belgian Blue) to keep the calving pattern compact. 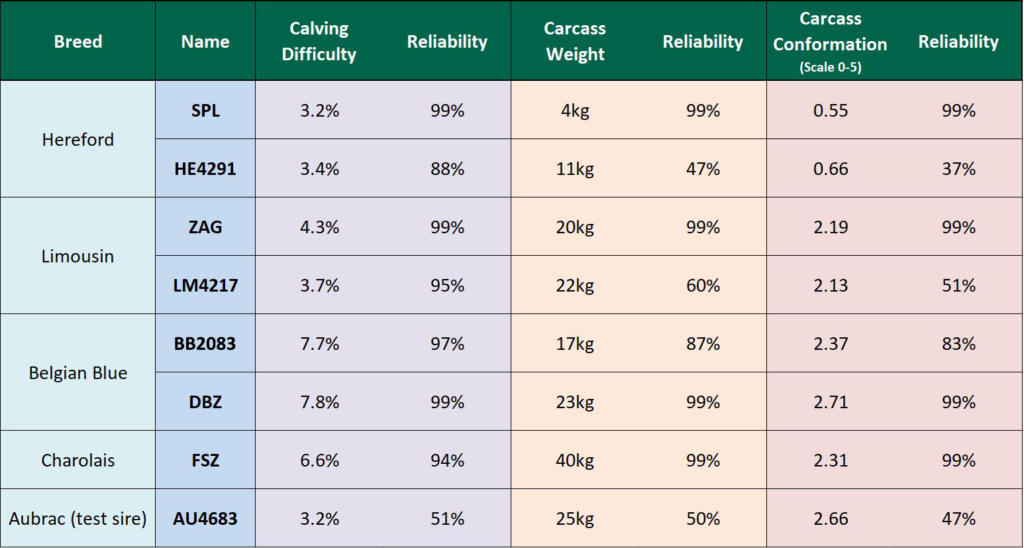 The breeding season commenced mid-April and ran for approximately six weeks. Michael and Liam used MooMonitors for the first time this year to aid with heat detection during the season.

In addition, Fleckvieh genetics were also trialed this year in an attempt to boost milk production and increase calf value.

The calving season commences on January 10-15, with the majority of the herd calving down between January 25 and February 25, 2020.

The Longs’ dairy herd is vaccinated for Lepto, IBR and Salmonella. Moreover, all Friesian bulls are kept on the dairy farm and finished at 24 months.

As Richard is a participant in the Teagasc Green Acres Calf to Beef Programme, we will catch up with both Richard and his brothers to see how the calving season goes in the new year.