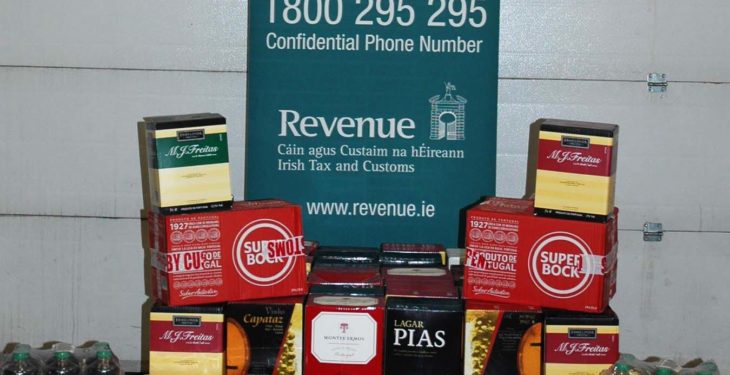 As a result of routine profiling, Revenue officers at Dublin Port seized over 530L of undeclared alcohol, which they found hidden in a consignment of soft drinks and snacks that had arrived into Dublin Port from Portugal.

The smuggled alcohol has a retail value of over €6,800 and which equates to a potential loss to the exchequer of over €3,500.

Yesterday (August 21), in a separate intelligence-led operation, Revenue officers in Cork carried out a search under warrant of a private premises in a town in North Cork. 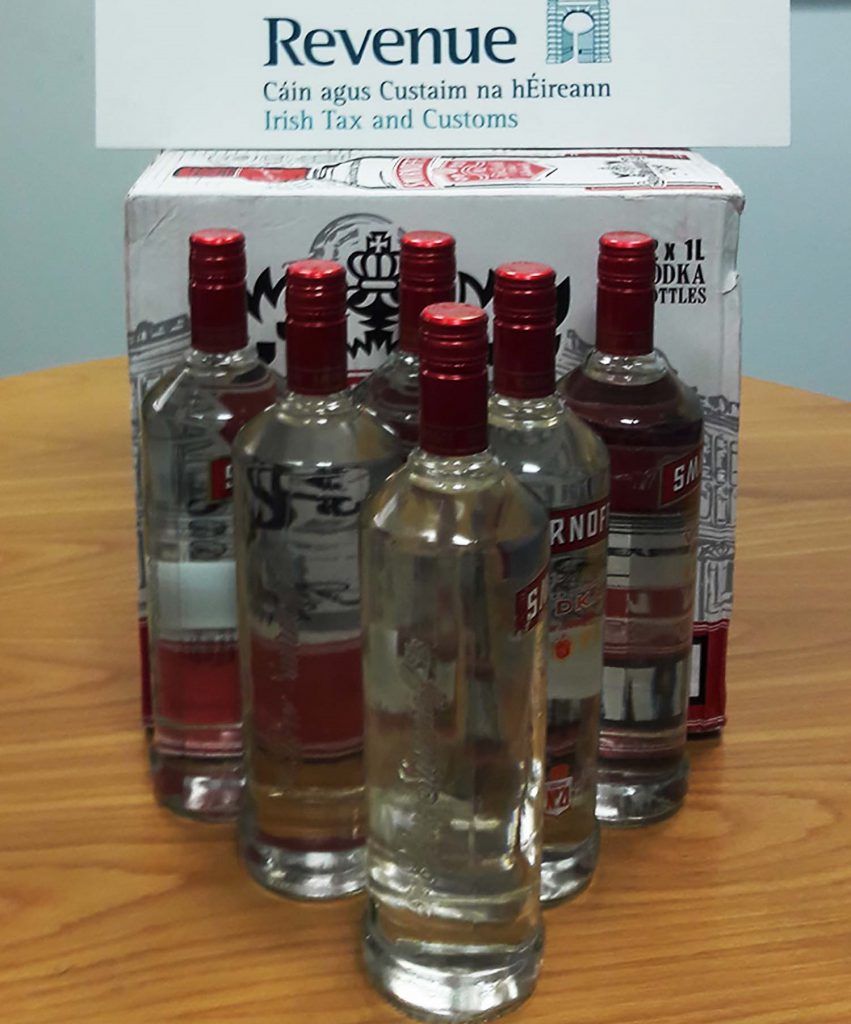 Revenue investigations in both cases are ongoing, with a view to prosecution, it has been announced.

Revenue also issued a reminder to anyone tempted to buy cheap alcohol, tobacco or consumer goods from an irregular source of supply that there is a high possibility that they are buying counterfeit goods.

Publicans and consumers should only purchase alcohol from reputable sources of supply, the agency added.

Vodka is the most commonly counterfeited alcohol. Counterfeit vodka often contains high quantities of: methanol, a poisonous chemical that can cause breathing difficulties, liver damage or blindness; and isopropyl alcohol, a chemical solvent commonly found in nail varnish remover.

These recent seizures are part of Revenue’s ongoing operations targeting the supply and sale of illegal and counterfeit alcohol in the shadow economy. 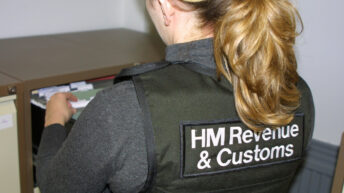