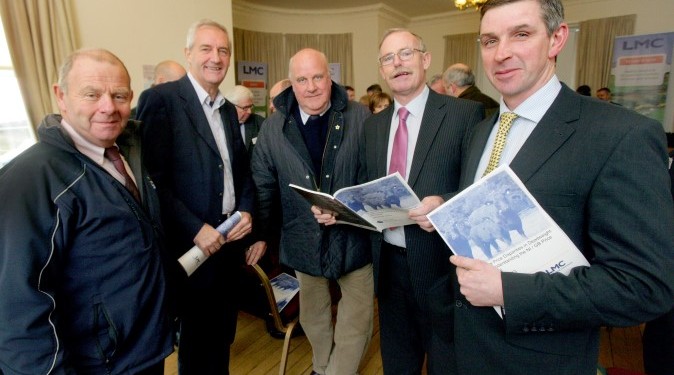 With the launch today of its report into the price difference between Northern Ireland (NI) and the UK, the Livestock and Meat Commission hope the document will bring more understanding to the continuous issue.

The research, which was conducted by LMC in association with analysts from Oxford Economics, examined the differences in cattle prices between NI and Great Britain from 2009 to 2012. The report, entitled Regional Price Disparities in Deadweight Cattle: Understanding the GB/NI Price Differential, involved extensive consultation with industry coupled with detailed analysis of trade data.

“This issue has been a regular source of contention within the NI beef industry and sometimes debate on the issue has strayed into speculation and conjecture.”

He continued: “At the very least we hope that this report will help improve understanding of the issue, which in turn might be useful from an industry relations perspective. However, a better understanding of the price differential should help decision making and puts industry in a better position to change the situation. The report has identified key areas for action in that regard.”

The report featured a number of conclusions in terms of price it found that that the differential in cattle prices varies across different classifications, with higher prices paid for prime cattle in GB compared to NI, while NI processors paid higher prices for cull cows.

The research identified no single cause of the differential in prime cattle prices, instead placing the emphasis on three major factors, namely:

The research also identified a number of factors that had a medium impact on the differential. These included issues such as the structure of finishing and processing in Northern Ireland, which has an impact on producer bargaining power. The report also cited the impact of end markets for beef, adherence to specification and higher processing costs in NI as having a medium impact on the price differential.

Commenting on the findings, Donnelly added: “The conclusions are quite clear in identifying the market drivers that contribute to the differential, but we would encourage interested parties to read the entire report and not to focus only on specific issues. There is a lot of new information within the pages of the report that is useful in its own right and relevant beyond the issue of the price differential.”