Review of the year: Snow, fodder crisis and rise in global milk prices 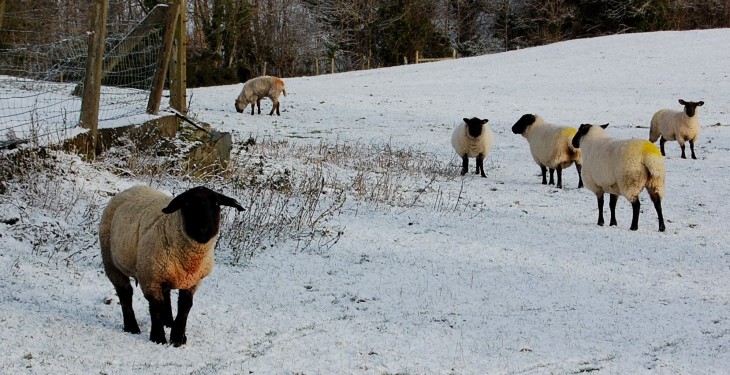 MARCH: St Patrick is supposed to ‘turn the stone’. But unfortunately, that was far from being the case in 2013. The last week of March saw the North of the country brought a standstill with heavy blizzards. And while the snow was extremely localised, the chaos caused where is did fall was extreme. The East Antrim area was particularly badly hit with 12-feet snow drifts the order of the day in many places.

And, unfortunately, for the ewes with young lambs at foot the consequences of the rapid deterioration in the weather were cataclysmic. Literally thousands of sheep were lost – mostly newborn lambs and pregnant ewes that had been kept outside in the run-up to lambing. The sight of dead lambs being pulled out of snow drifts is one that lives long in the mind.

The North’s Farm Minister reacted quickly with a support scheme for those sheep producers most badly affected. This included a free deadstock collection service for those farmers most badly affected. But, in truth, the compensation that was made available did little to cover the true cost of the losses incurred by those farmers who had spent years breeding up the various bloodlines within their flocks!

As the month progressed the extent of the forage crisis that was unfolding on many farms began to emerge. Most notable was the impact of the continuing unseasonable weather in places such as Cork and Waterford. Farmers in those regions of the country not used to such long winters had assumed panic mode as they scoured the country to buy in the fodder they needed. Stories for silage being transport from Co Armagh to Cork became commonplace. And, of course, the  prices of silage, hay and straw started to rise in line with this growing demand. Little did we know at the time that much worse to follow.

One of the very few good new stories for farmers in March was the long awaited strengthening in global milk prices. With New Zealand caught in the grip of a drought and demand for milk products in China growing with every day that past, the only way that global dairy markets could go was up!