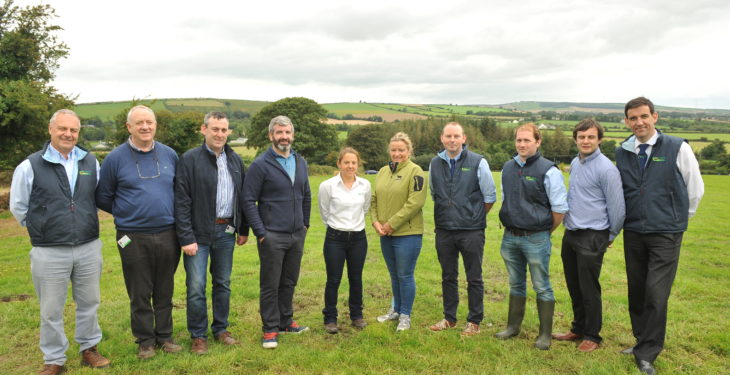 A Teagasc beef and sheep Quality Assurance (QA) event was held on the farm of Harry and Amanda Murphy, Ballamon, Ferns, Co. Wexford on Thursday, August 24.

Run in conjunction with Bord Bia, the objective of the event was to highlight the key areas where farmers are having issues with the Bord Bia Quality Assurance Inspection for beef and sheep.

Other themes addressed at the event included road safety and legal requirements for agricultural vehicles on the road, along with quad safety and the health and well-being of farmers.

Teagasc beef and sheep advisor, Martina Harrington, spoke at the event, underlining the importance of achieving the quality assured beef producer status to the incomes of farmers finishing cattle and sheep.

Teagasc and Bord Bia had four stands outlining the new QA scheme that was launched in 2017. The three main areas where farmers are likely to make the most mistakes, and how these can be simply corrected, were also covered.

The key areas where farmers are most likely to make mistakes include: recording animal remedies; health and safety; and flock registers, according to Teagasc.

Damien Murray from Bord Bia outlined the need for a quality assurance scheme, saying: “It is vital to support the Irish food industry and to reassure consumers on food traceability and origin.”

Murray informed the crowd of almost 500 farmers that there are currently 51,000 in the beef and lamb QA scheme with a further 15,000 farmers in the dairy scheme.

There are approximately 35,000 audits carried out around the country by 100 auditors, which works out at around 700 audits per week.

Pearse Kelly, Head of Drystock Knowledge Transfer in Teagasc, also spoke, saying: “With the new QA scheme in place since April of this year, beef and sheep farmers now have the opportunity to correct any issues that have been found during an audit of their farm.

“During this 30-day grace period the farmer remains certified and eligible for factory bonuses,” Kelly added.

The topic of road safety was covered by Garda Brendan Condon and Garda Adrian Nevin from the Garda Traffic Corp, who also looked at the legal requirements regarding agricultural vehicles, along with the new RSA (Road Safety Authority) standards for towing trailers and licencing requirements.

The Gardai highlighted the fact that farmers must have the correct licence for towing trailers and that there are weight restrictions in place for trailers.

On the topic of the versatile but potentially dangerous quad bikes, the company Quadventure from Clonroche gave a talk at the event. The company noted that far too many farmers have been seriously injured and lost their lives due to accidents with quad bikes.

The key message given by Quadventure was the importance of proper balance: “You have to move your position on the bike to match the terrain”.

Farmers were encouraged to acknowledge the stresses and strains that come with farming, along with the solitary element of the job, at the event. They were also told that by talking to friends and family many problems can be shared and solutions found.

Linda Thorpe of Mental Health Ireland spoke about how to maintain a healthy body and healthy mind. Also present were local clubs and societies. Farmers and their families had the chance to try out a jive or even a quick step with Declan Flanagan from Social Dancing in Wexford.

The local IFA (Irish Farmers’ Association) kept children busy teaching them the dangers that lurk in farmyards through interactive games and colouring on the day. 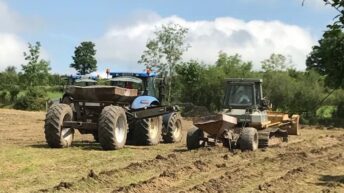 Teagasc drainage event to be hosted on Cavan farm today