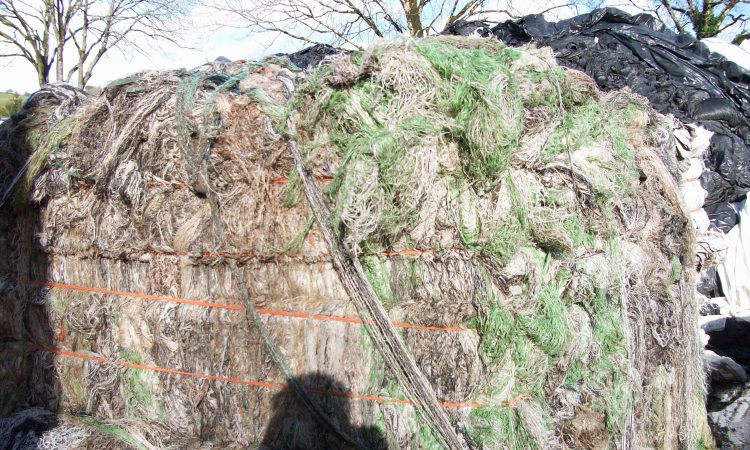 The Irish Farm Films Producers Group (IFFPG) is encouraging farmers to bring more netting and twine waste into bring-centres, which are currently being held nationwide, so as to further grow the recovery rate for this waste stream.

Recent legislative change has facilitated an increase in recovery rates from 9% to 17%. However, there is a need for considerably more progress to be made before recovery levels are comparable with those for wrap and sheeting waste.

Farmers can dispose of netting and twine waste at IFFPG bring-centres for as little as €5/half-tonne sized bag.

The netting and twine market

In 2019, 2,742t of netting were placed on the Irish market. This equated to approximately 80,000 rolls of netting, enough to wrap 26.5 million bales. Typically, 85% of netting is used in silage production, with the rest used for straw and hay production. Approximately 30 kg of netting is required to make 250 bales of silage.

In the case of twine, 394t were placed on the market in 2019. This was used to make 4.2 million bales of various sizes, with over 80% used to make large square bales. Usually, 65% is used in straw production, with the remaining 35% used in hay production. 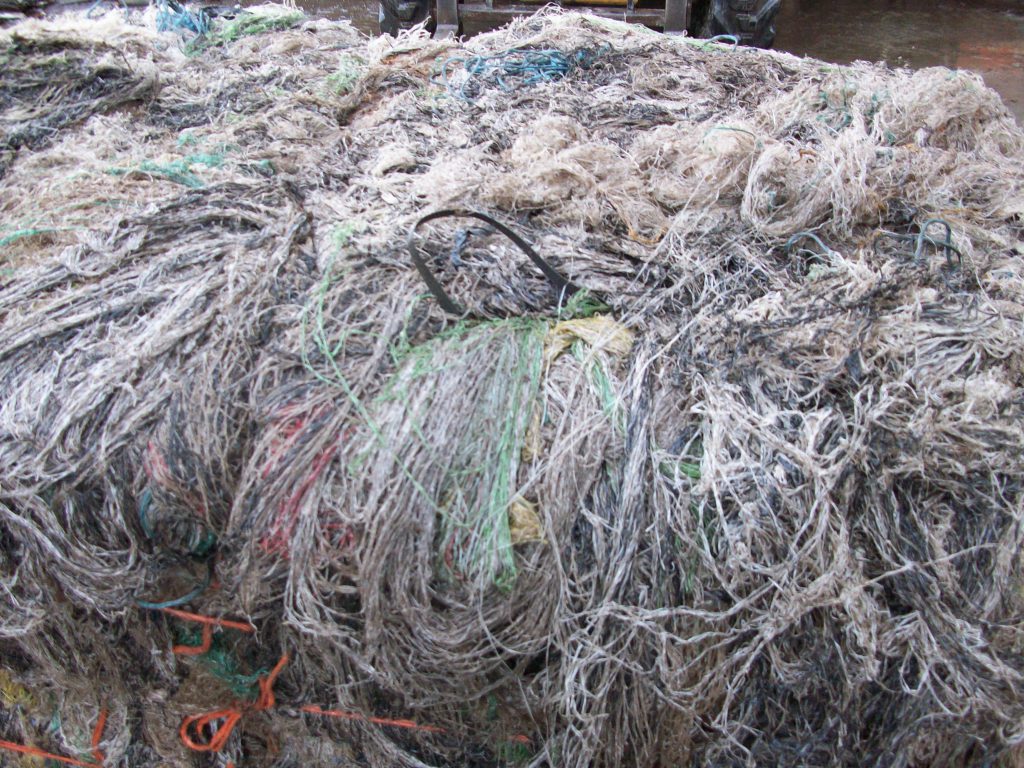 In the case of twine, 65% is used in straw production, with the remaining 35% used in hay production. Some 75% of twine is used on large square bales, with lesser amounts used on small square bales and round bales.

The netting and twine market in Ireland is dominated by four suppliers, all of which are IFFPG members.

Following a change in the legislation in 2018, the IFFPG began receiving the recycling levy from companies who place netting and twine products on the Irish market.

This in turn allowed the IFFPG to reduce collection charges at the bring-centre from €15 to €5 per bag.

For their part, farmers responded positively to reduced charges, with the recovery rate increasing from 9% in 2017 to 17% in 2019.

However, the current recovery rate is relatively low, especially when compared with a 70% rate for wrap and sheeting waste, and there is an obvious need to increase it substantially in the coming years. 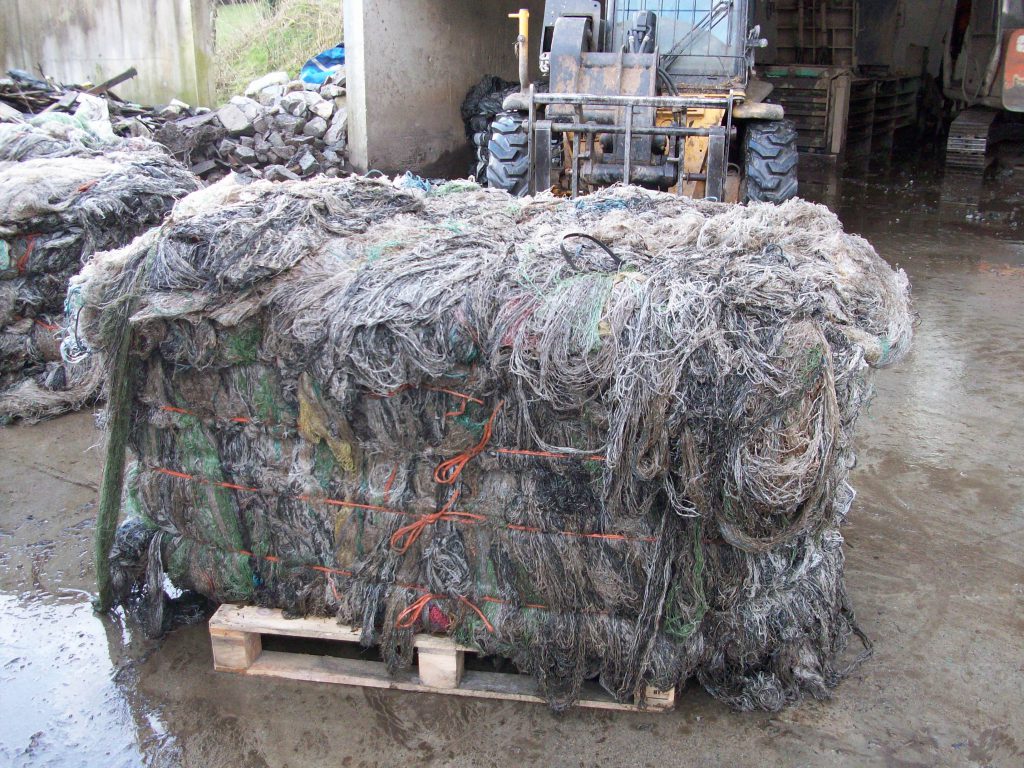 The relatively small volume of netting and twine waste generated compared to other farm plastics waste is considered a factor impacting recovery rates.

There is anecdotal evidence to suggest that in many cases the netting waste is simply left aside in a shed or disposed of in the household bin.

Farmers, who are unable make their local bring-centre, can also have their netting and twine waste collected at the farmyard, provided they also have wrap and sheeting waste available for collection. 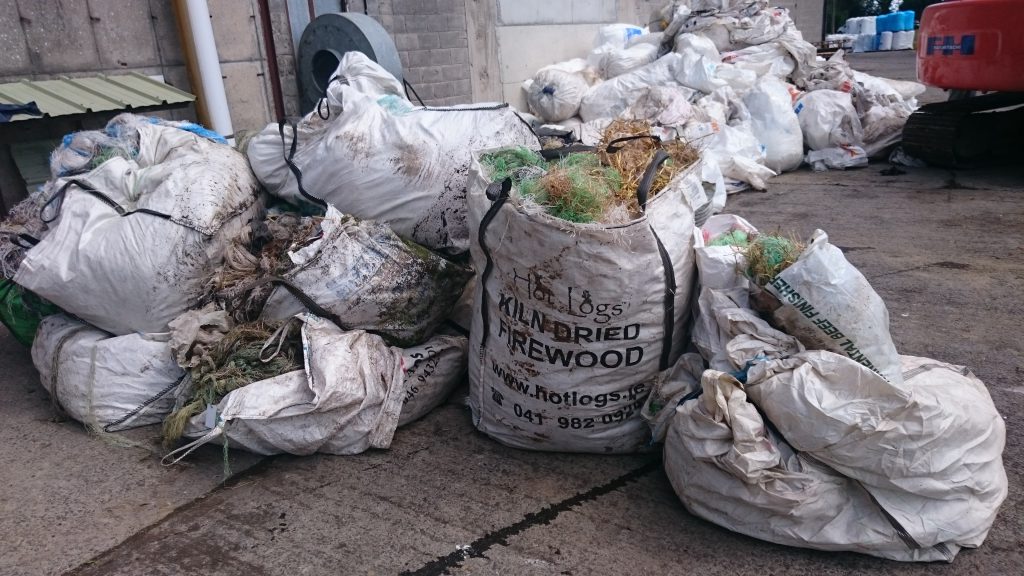 Over the coming years and in partnership with farmers, IFFPG aims to focus strongly on the promotion of best practice in relation to this waste stream with a view to markedly increasing recovery levels.