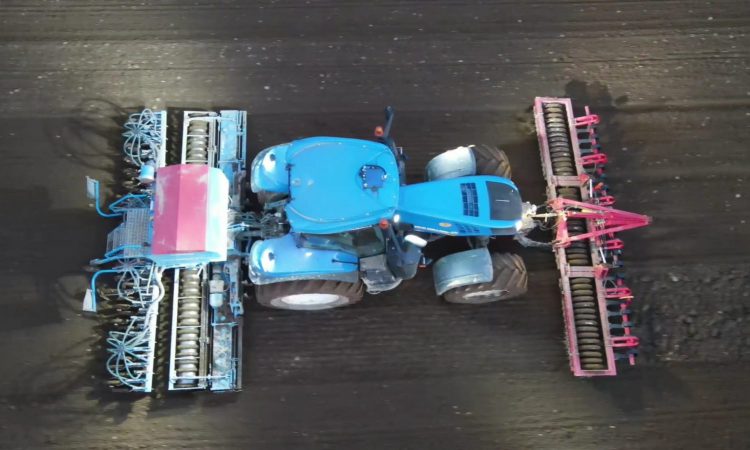 Whyte Bros Farms was planting at the weekend with a new Holland T8.410 and a 6m Lemken drill. Image source: Ollie Whyte

Rainfall warnings put an end to or delayed the winter sowing campaign for another while in most places. However, in some drier parts of the country, where seed drills are following the plough, planting has continued.

The majority of farmers were only starting into work when the weather broke, but some tillage farmers have made good progress in the fields up to now.

It is important to remember that it’s still early in the season and there’s plenty of time to get winter cereals in the ground.

Good progress has been made in the south of the country. South Tipperary saw a burst of work in late September, and as of early this week up to 60-70% of the winter barley crop is estimated to be planted in the area.

Looking at Co. Cork and winter barley planting is running at anywhere from 20-30% planted. If weather holds somewhat dry this figure could jump by the end of the week and into the weekend.

Heavy rainfall halted progress in many areas, particularly the midlands.

Seed was beginning to run short in the north-east, but this probably isn’t a fair reflection of what has actually been sown; while some farmers have large areas planted, there is still a lot to do and seed had been taken in in preparation for planting.

Many opted to plant some winter wheat first in the north-east this season, having missed out on the higher-performing crop last year.

In the north-east, while many have yet to make a start, some farmers have 10-30% of their winter cereals drilled.

A large amount of farmers have yet to take out the plough – or the drill – as harvesting of cereals and beans, along with baling and straw removal, all had to be completed before the weather broke. This left no time for winter planting.

If rain keeps at bay over the coming weeks winter cereal levels are expected to recover back to 2019 figures or very close to those figures.

Achieving seed quality was difficult in the wet harvest, for winter wheat in particular, and farmers who haven’t winter wheat seed ordered should do so immediately to avoid disappointment. 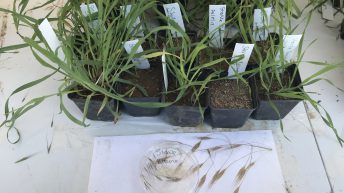 When do grass weeds emerge?