Pics: US farmers continue to be battered by the rain 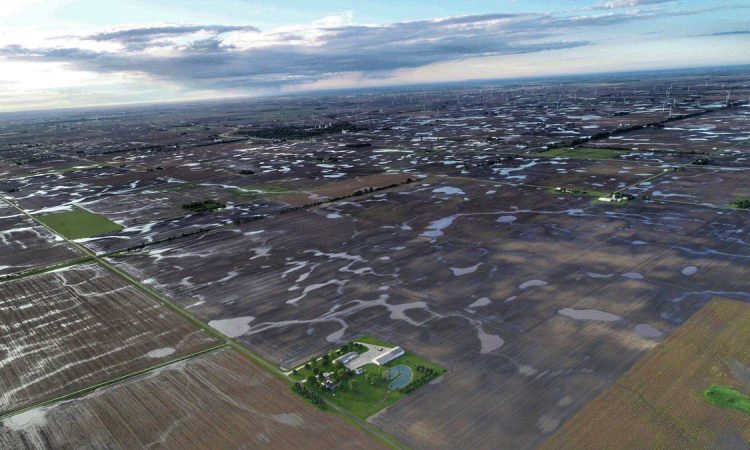 US farmers are going through one of the most difficult planting season’s in the state’s history. As of June 2 just 67% of corn was planted compared to the three-year average for the time of year – 96%.

Soybeans are an even bleaker story as just 39% of the total area was planted as of June 2. That’s 40% behind the five-year average for the time of year.

However, soybeans are generally the last crop to plant in the country so farmers may continue to plant where possible. Given usual weather in the US the majority of planting is completed by the end of June each year, so farmers are well behind normal levels.

Some of the worst affected states are:

Many farmers have been sharing their stories on social media and AgriLand pulled out a few pictures to give readers some idea of the situation. The image at the top of this article was taken near the border of Illinois and Indiana and puts the scale of the crisis into perspective.

Farmers have been waiting on a window to plant. Some only got a chance to start planting in the past week.

Many have reached the field only for the rain to start again and have had to return to the shed. Others have made it to the field and having been beaten by the poor soil conditions had to call on diggers to recover tractors and planters.

More farmers pulled together and worked with neighbours to finish planting when the weather allowed.

The pictures below will give some idea of the situation.

Kyle Schultz attempted to make it through this field, but conditions proved too difficult. 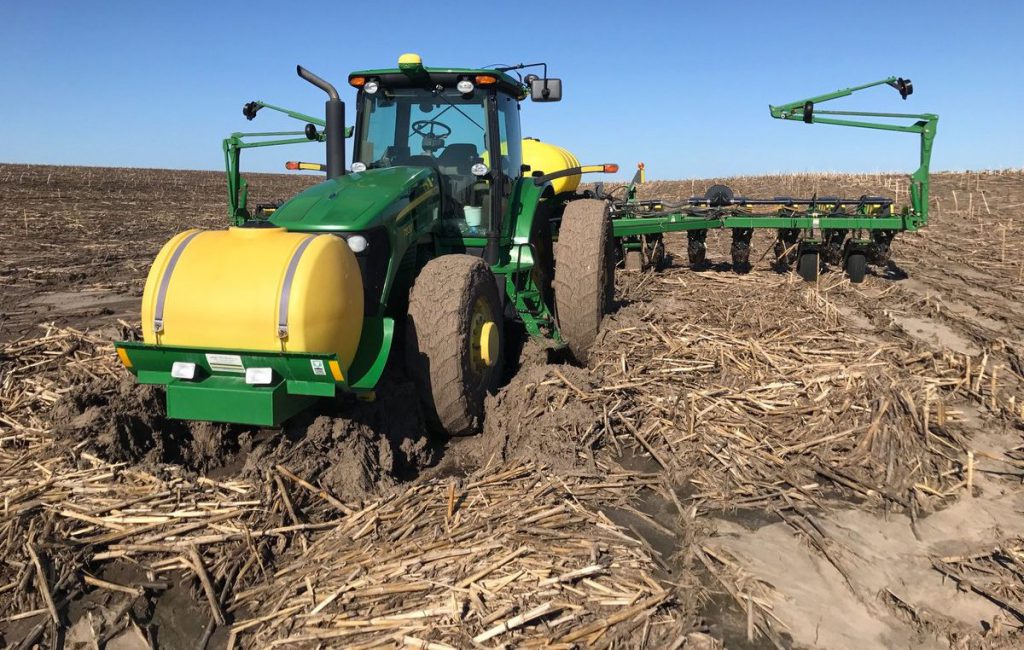 Cedar Family Farms in Iowa was hoping that these rain clouds would miss its land as planters were making progress in the field. 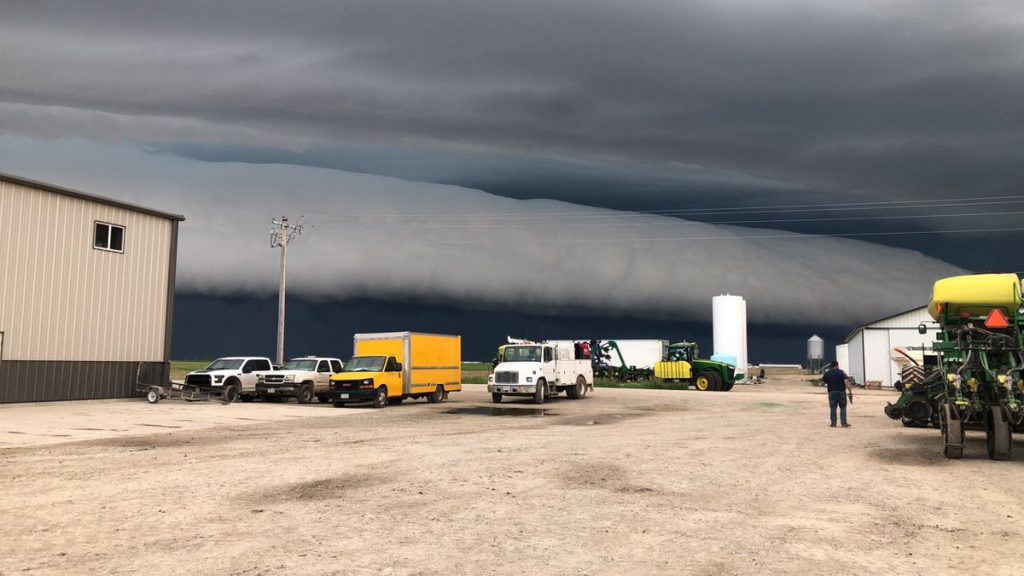 A tornado swept through this farm in Kansas leaving huge amounts of damage behind. Some debris can be seen stuck in the tractor’s tyre. 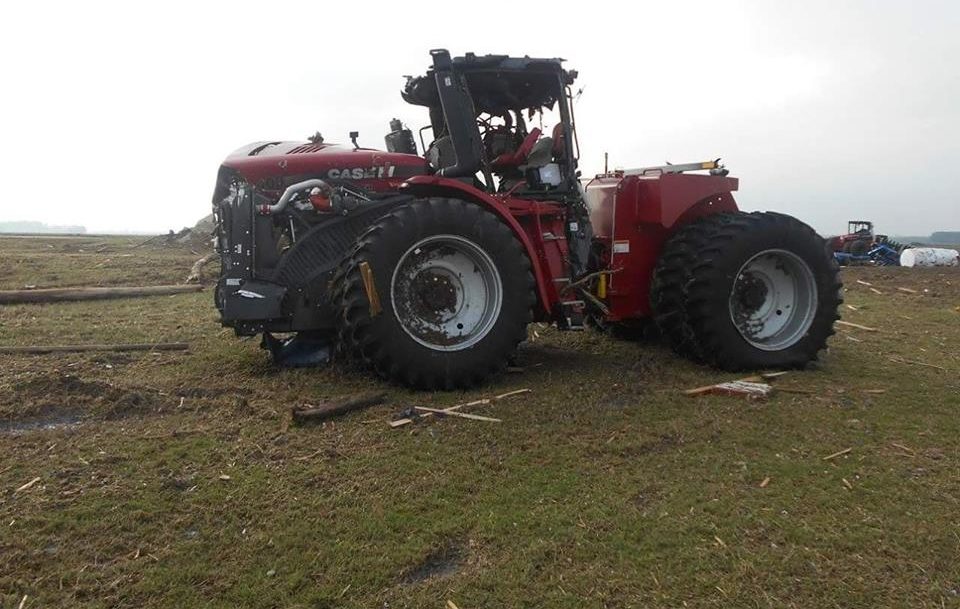 Trent Lambert had high planting capacity once he made it to the fields, but rain clouds continued to threaten progress. 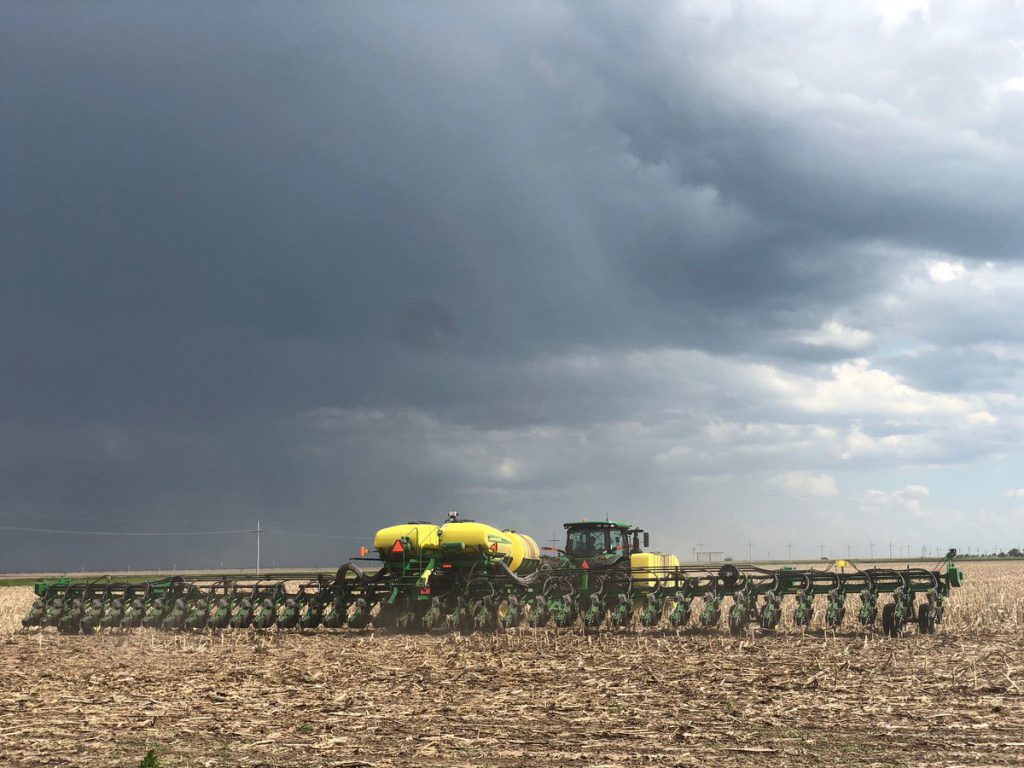 Glenn Randall’s outfit also got stuck in the mud. He farms in Illinois. 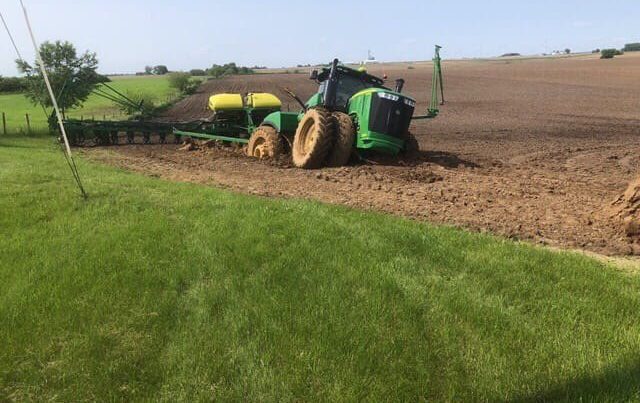 On a positive note, some farmers were finishing up planting. Matthew Krueger of K & D Krueger Farms was on his last pass with the planter for the 2019 season on June 2. 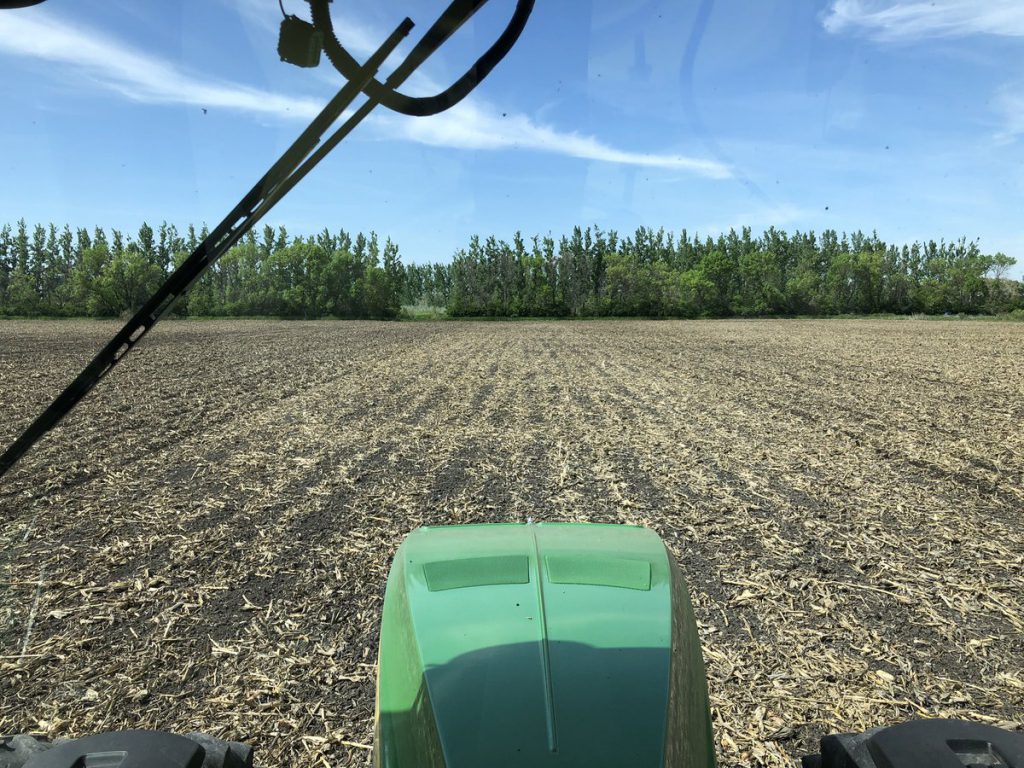 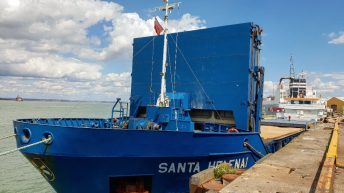