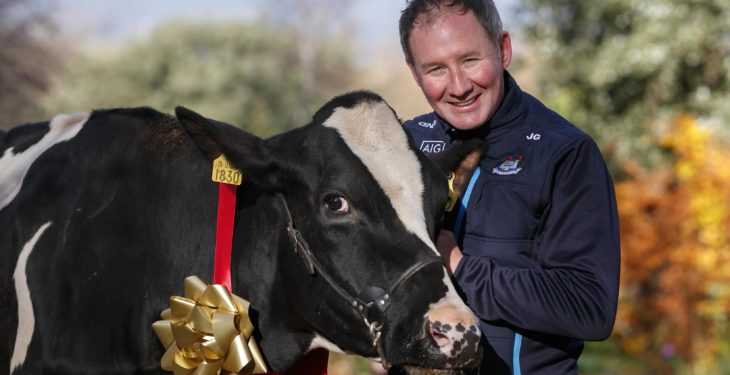 Dublin manager Jim Gavin may be a city boy and a ‘true blue’ to the core; but this Christmas, he is raising his flag for rural based charity – Bothar

Gavin took time out from his busy schedule with the Irish Aviation Authority to support Bothar’s Christmas programme, which is focused on sending food and income producing livestock to widows of the Rwandan genocide of the mid-1990s.

Gavin wrote to the agency a couple of years ago and offered his support, having been impressed by the concept of giving impoverished families donations of live animals to help feed them and earn an income.

Since then, Gavin has completed two trips to Rwanda to meet widows of the genocide and recipients of the generous donations of animals by farmers and members of the public here.

The trained pilot led a mission last year by Bothar to mark its 25th anniversary by making the biggest ever multi-species airlift from Ireland of over 5,000 animals from in-calf heifers to day-old chicks. And in recent weeks he travelled back out to Rwanda to visit some of the recipients of that record airlift, and witness for himself the impact these donations have made to the lives of some of the poorest people in the world. 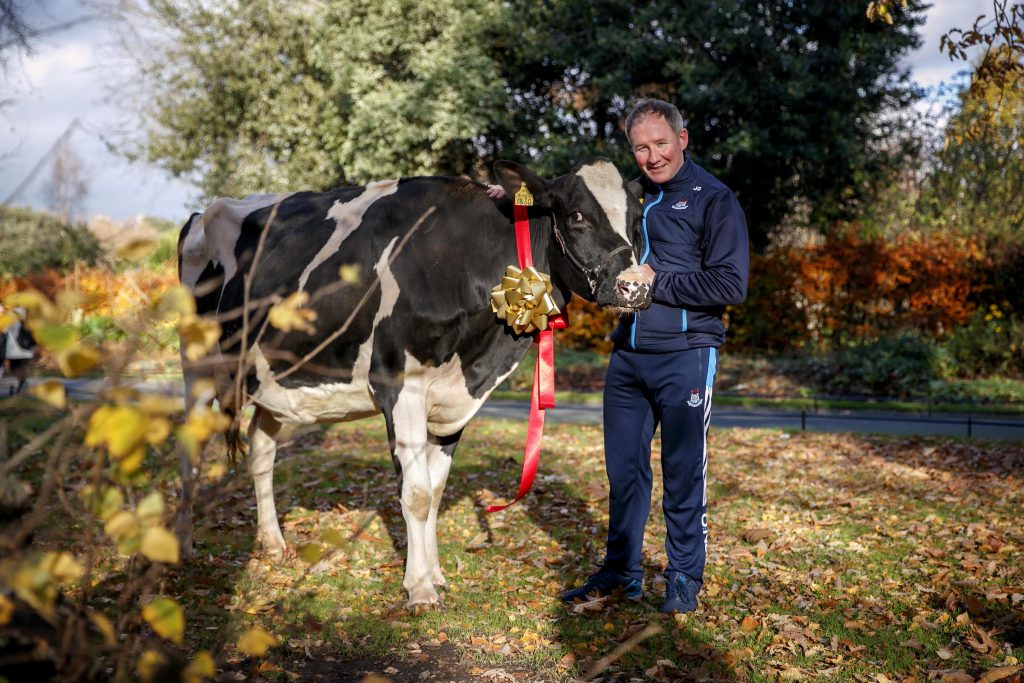 Launching the aid agency’s Chirstmas campaign with a show cow for the occasion, Gavin said: “Two years ago I reached out to Bothar to give assistance and last year we flew out of Shannon Airport with a cargo full of cattle, hens and bulls and goats.

“I have just returned from Rwanda after a second visit the see the great work that Bothar are doing on the ground.

“The main reason I reached out to Bothar was I had spent some time on the ground in Africa with the Defence Forces and I saw the great work that they do.

“It’s really about helping people to help themselves, to give people the gift of a cow. The nutrition that it brings to the families is life-changing.

The additional milk that the cow produces is sold on to the local market, enabling the family to buy clothes for their children, school books and, in some instances, fund the building of a new home. It’s just a great programme.

Appealing for people to donate, the Dubliner said that he was delighted to back a charity with its roots in the country. “I am a city boy, walking around St. Stephen’s Green with a Friesian cow and it feels a bit strange,” Gavin admitted. 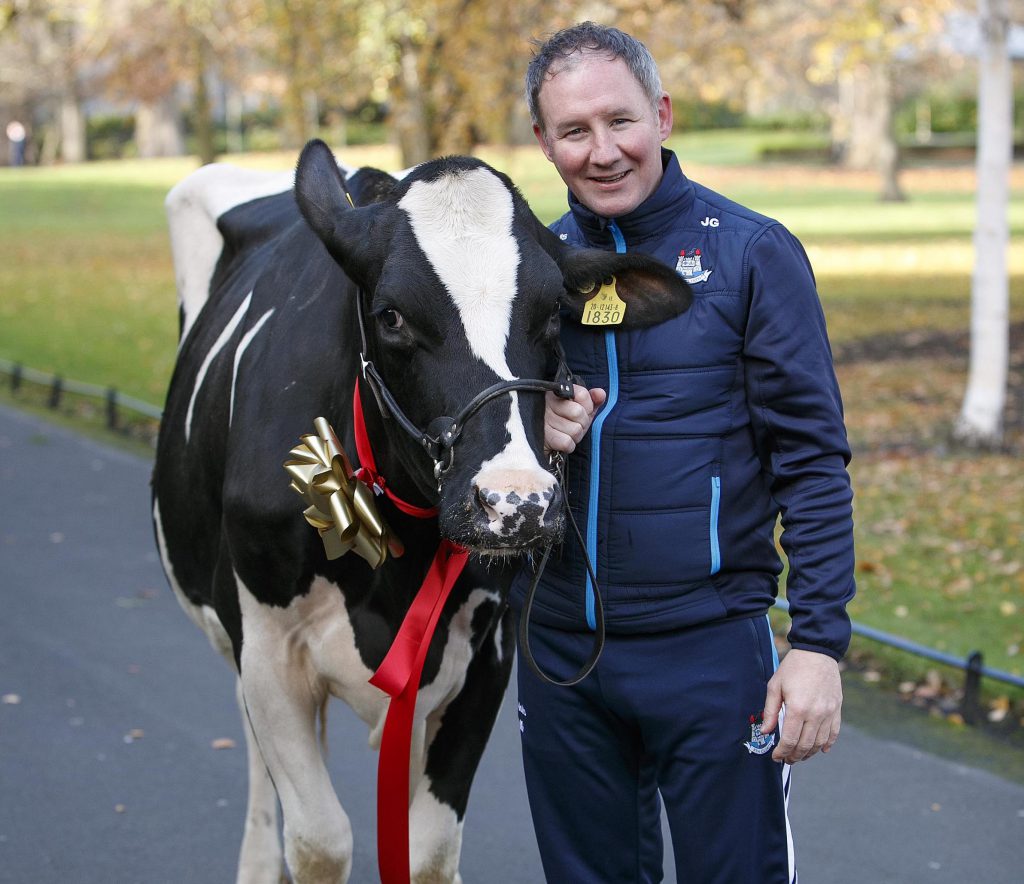 “But we are a small island and we all have connections to rural society. My parents come from west Clare and the GAA is in every village and parish throughout the island; I think it would be great for people to row in and support Bothar.

It’s just a great Irish charity and I’ve seen for myself, twice now on the ground, the incredible work they do.

Corporate relations manager for Bothar, Niamh Mulqueen, said that the Dublin manager’s support has been a huge boost for awareness of what Bothar does.

For those interested, information on Bothar’s Christmas campaign and how to donate is available on the Bothar website. 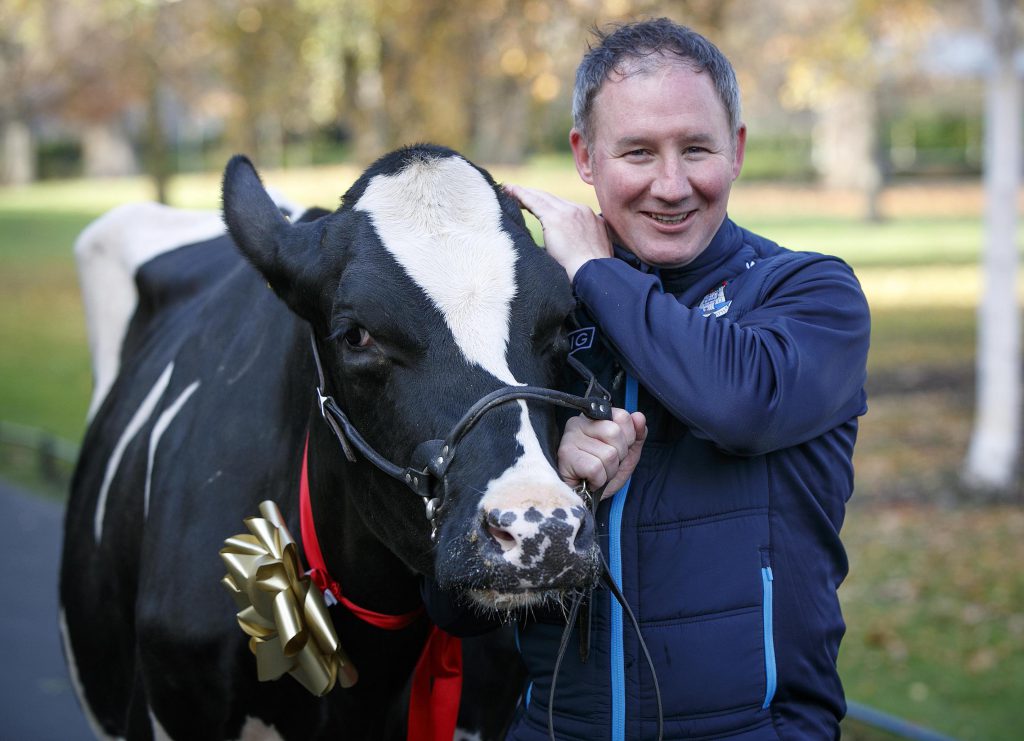 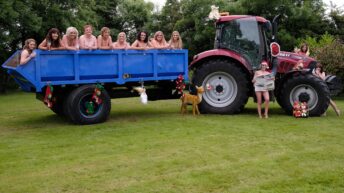