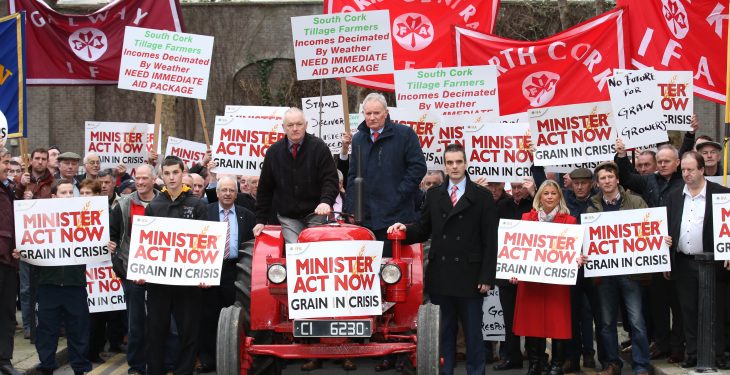 Tillage farmers staged a protest outside Leinster House today, calling on the Minister for Agriculture to provide a crisis fund for farmers facing severe financial difficulties as a result of crop losses during last year’s harvest.

Addressing the protest IFA President Joe Healy said the Minister for Agriculture Michael Creed cannot turn his back on tillage farmers, who suffered losses in the region of €4m.

A Private Members’ motion calling on the Minister to put in place a fund will be debated in the Dail at 4.30pm this afternoon. 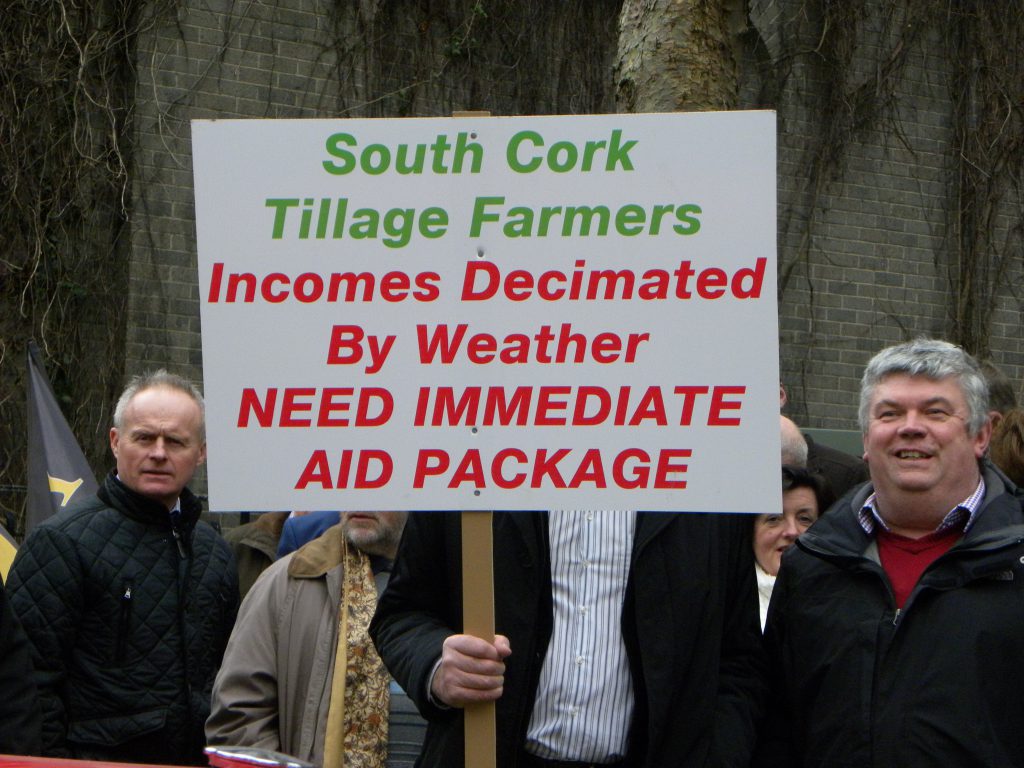 Healy said IFA has made a strong case for an aid package for tillage growers who suffered severe weather losses last harvest Minister Creed’s refusal to put in place a package is inexplicable.

IFA has conducted a comprehensive survey of the losses for growers in the affected regions. The total losses for 245 farmers come to €4.105m, which is made up of €3.032m on grain and €1.073 on straw.

Healy said the Minister’s reference at the IFA AGM yesterday to the low-cost loan facility announced in Budget 2017 and the rollout of TAMS is an attempt to deflect away from the precarious situation the growers find themselves in.

“I am calling on Minister Creed to immediately make available funding of €4m for these farmers. There is no excuse for any further delay on this decision.” 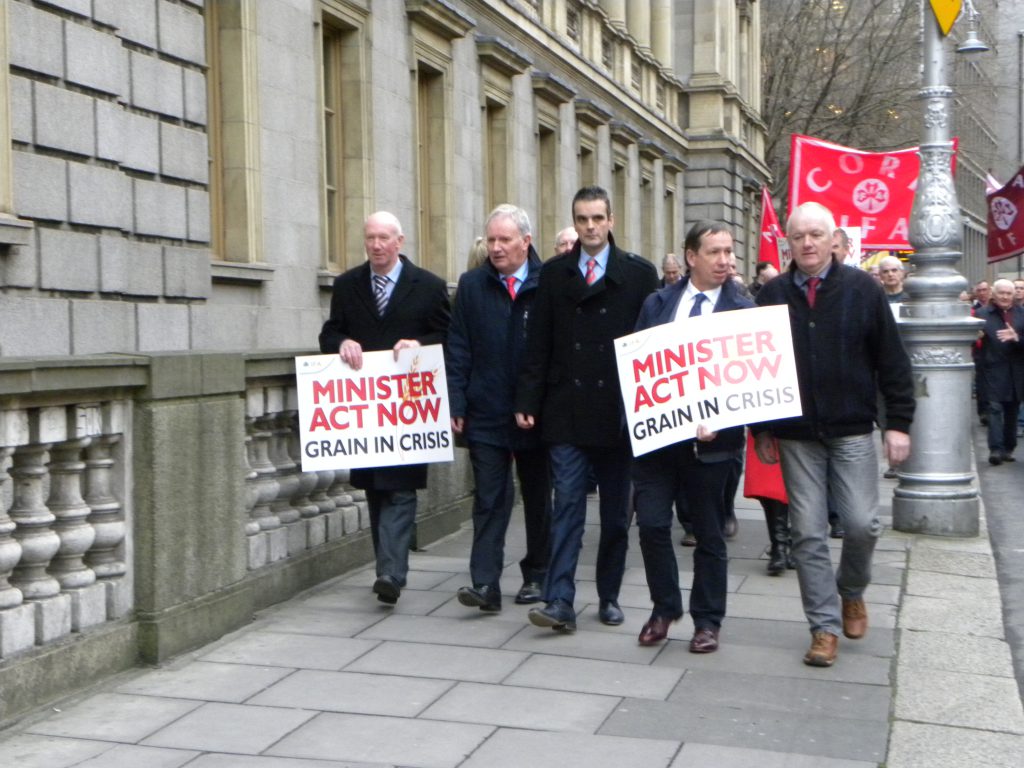 On the broader outlook for the grain sector, IFA Grain Chairman Liam Dunne said that with high global stocks, the outlook for tillage farming remains very challenging in 2017.

The survival of our native grain sector is critical for Irish farming. Greater import dependence would mean higher feed prices and damage our competitiveness.

Dunne said all stakeholders must step up to the plate on feed certification and greater use of native grain to maximise use in livestock rations.

“There must be greater use of Irish malt and grain to supply the growing Irish whiskey and craft beer sectors. The National Grain Committee campaigned hard and got measures for tillage included in TAMS.

“This grant aid must be available to farmers without further delay.”

The IFA Grain Chairman said as a major input cost in farming, and for grain farmers in particular, the IFA fertiliser campaign will intensify in 2017.