Pics and prices: How does the online auction work at Carnaross Mart? 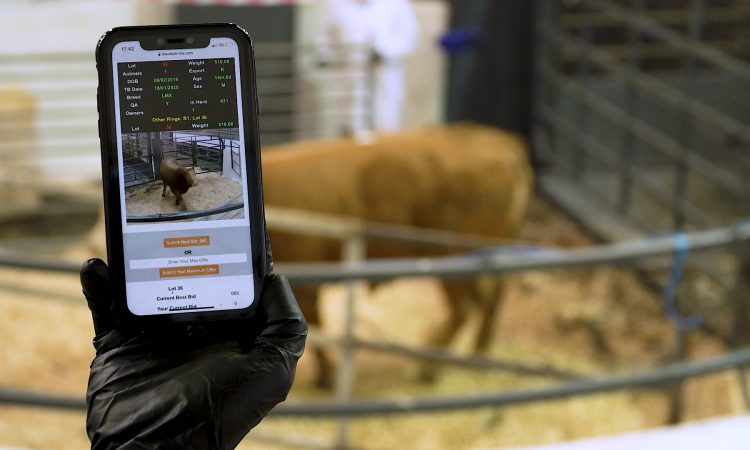 Carnaross Mart, in Co. Meath, is back in operation – but not as we know it. The mart has moved to running a normal traditional live auction, but no buyers are present around the ring; all bids are placed online through the Livestock Live (LSL) platform.

After a successful trial period last week, the mart will now run this format for its general cattle sale on Mondays, its weanling sale on Tuesday evenings and a calf sale will take place on Fridays.

Currently, there are three marts on the island of Ireland providing this service online through LSL – Carnaross Mart, Manorhamilton Mart in Co. Leitrim and Gortatlea Mart in Co. Kerry.

Even with only three marts operating in this format, this is welcome news for farmers as we hit mid-April – generally an extremely busy period for marts up and down the country.

However, normal trading services have been severely disrupted due to restrictions in place to halt the spread of Covid-19.

Recent grass growth has driven the demand for suitable store lots. Also, live shippers have been active in recent days with boats bound for Turkey and Libya in the not-too-distant future.

The system in place is pretty straightforward at Carnaross Mart. A seller arrives at the mart during a specific ‘take-in’ period. He/she drops off the cattle without exiting the vehicle, leaving instructions as to how the animals are to be sold – for example as single lots or as groups.

Animals are unloaded by mart staff at the numbering hut and allocated a lot number and penned prior to sale. Once all the cattle have been penned, viewing commences during an allocated time-frame.

Farmers wishing to view animals can do so after signing in, applying hand sanitiser and putting on gloves; only two viewers or potential buyers are allowed in to view cattle at any one time and strict social distancing protocols are in place – with numerous signs reminding farmers of these measures located around the premises.

Once the viewing period is over, all potential buyers must leave the premises and mart staff commence the sale, while also adhering to social distancing protocols.

In the ring, the sale runs as normal but without buyers gathered. Animals are weighed as they enter as normal, with the auctioneer keeping a close eye on the screen in front as bids come in ‘thick and fast’ for the animal in the ring.

There is a catalogue available on the app which shows all the details of each lot with accompanying photos.

Buyers use the Livestock Live App on their phones or laptops and all the mart board information (such as weight, date of birth and test date etc.) is visible, while a video of the animal(s) in the ring is also visible. Naturally, the highest bid takes the lot with all animals sold subject.

Approximately 60 lots were sold per hour on Tuesday. 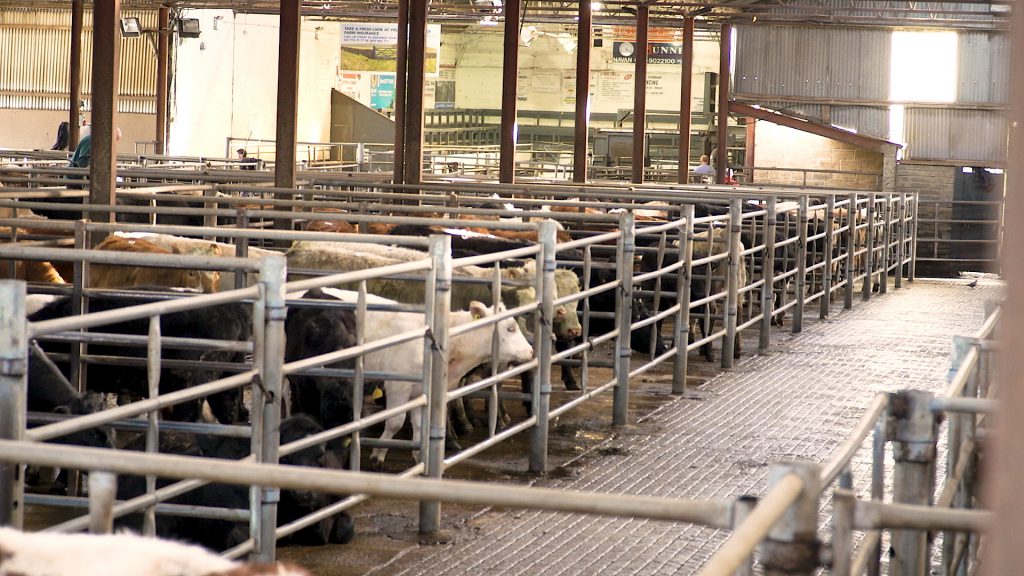 Speaking to AgriLand, Carnaross Mart manager Padraig McElroy said: “The whole system is going very well. We had store bullocks on Monday that sold as far as €3.10/kg, with a lot of farmers in the market for grass stores.

“Numbers are growing and there is big interest in what we are doing. While it’s not the most ideal way to sell cattle, it’s the best of a bad situation.”

On Tuesday evening, April 14, one ring was in operation and over 170 bulls passed through the sales ring at the Meath-based venue. Bidding was brisk from start to finish with a lot of top-quality continental lots on offer.

Lighter bulls were a good trade and some high prices were achieved on the day. Generally speaking, bulls weighing 200-300kg sold for €500/head right through to €800/head for some top-quality lots. On a €/kg basis, these lots made in the region of €2.70-2.80/kg.

Bulls falling into the 300-400kg bracket proved popular with top prices hovering around the €900/head – and over in some cases – for exceptional lots, while a lot of these bulls traded between €800/head and €900/head; more sold back to €700/head.

In general, dairy-origin bulls made approximately €2.00/kg or slightly higher in some cases. 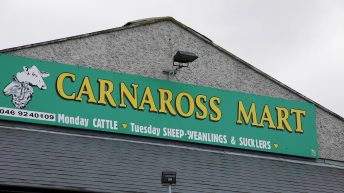