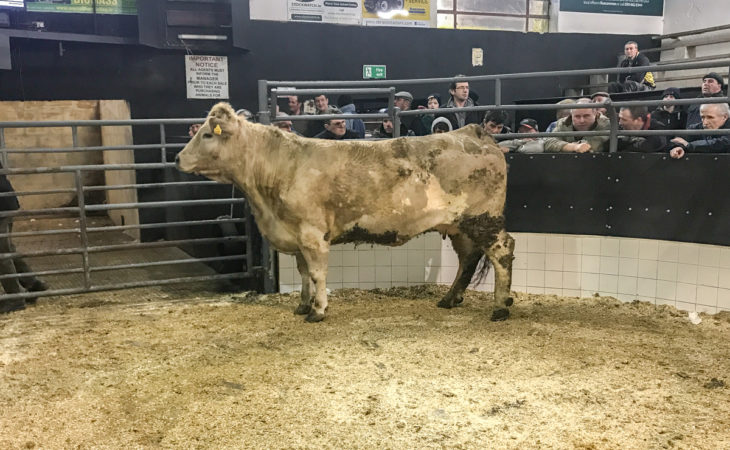 Elphin Mart’s weekly cattle sale took place on Monday evening last (March 27). A large crowd attended the sale that kicked off at 6:00pm. The trade was driven by farmers as they competed for cattle at the mart.

The manager Gerry Connellan was very happy with the trade on the night and outlined that there was a smashing demand for dry cows. He also outlined the current grass situation in the area.

He said: “Farmers are sourcing stock. The trade is very good considering the bad weather and slow growth. We will be alright if the weather picks up now, but if this winter goes on any longer we’ll be in bother.”

“Farmers have little grass outside, but their fodder stocks are starting to run scarce too; we need the weather to pick up so we can start grazing. 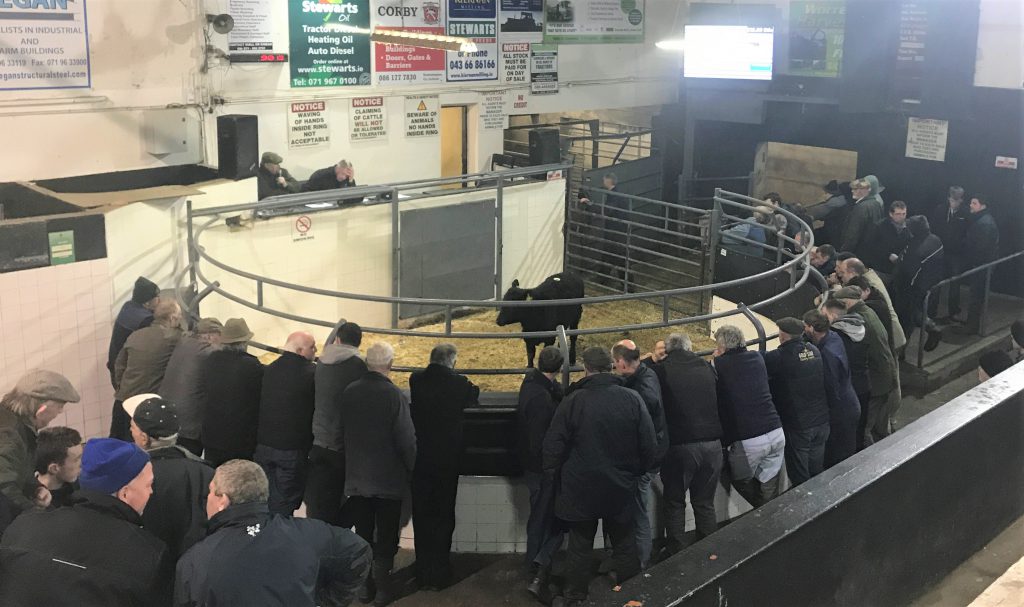 “Generally speaking, the trade is very good all over the country given the weather conditions,” Gerry explained.

“A smaller sale took place on Monday on the back of the bank holiday last week and Easter Monday in seven days time. That sale is a huge sale for us; we have 400 weanling bulls and 350 weanling heifers booked in already.”

On the night, dry cows were very much in demand and the trade for these lots was brisk from start to finish; a 100% clearance rate was recorded. These lots sold for €640-1,850/head. A top-price of €1,850 was achieved by a Charolais cow weighing 890kg.

The quality of stock was high and this was reflected in the trade; a 100% clearance rate was achieved on the night. The majority of bulls sold to over €3.00/kg; these lots traded for €520-1,195/head.

Weanling heifers proved to be an easier trade – especially the plainer types. However, quality animals sold in excess of €3.00/kg. Generally speaking, these lots made €600-980/head.

A number of in-calf cows and cows with calves at foot also went under the hammer. These lots sold well; a 100% clearance rate was achieved. 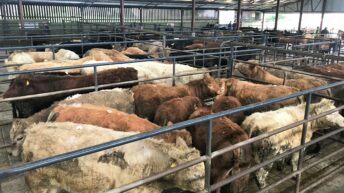 Mart trade: ‘Grass’ buyers starting to emerge at the ringside