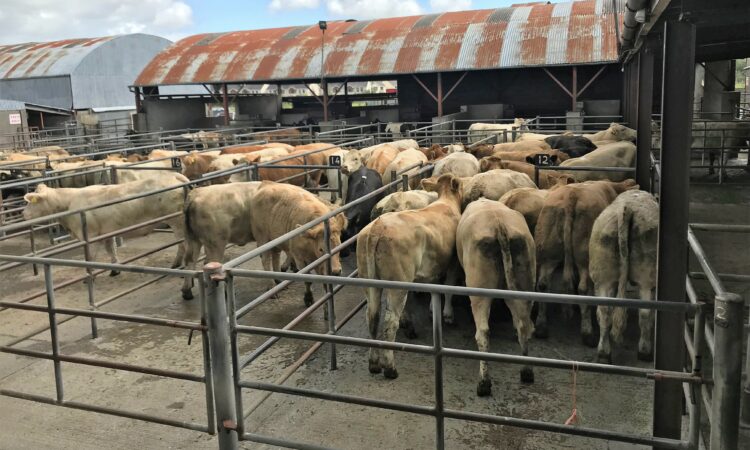 There was a slightly improved trade for quality lots at Ballymahon Mart on Thursday last, with more customers operating.

The sale was dominated by Charolais stock and the mart’s manager John O’Hanlon was happy with the sale, but he outlined that buyers were operating cautiously.

“Forward and short-keep cattle are in demand. There is definitely a cautious vibe among both buyers and sellers and fodder issues for the winter will have an impact,” John explained.

Some 221 animals went under the hammer at the Longford-based venue and a 91% clearance rate was achieved. Bullocks, heifers, weanlings and cows with calves at foot were all on offer on the day.

Some 72 bullocks passed through the ring on Thursday; a clearance rate of 93% was recorded.

A handful of in-calf cows and cows with calves at foot also went under the hammer. Generally speaking, these lots traded for €950-1,330 head. The top price of €1,330 was achieved by an Angus cow and her Charolais bull calf.

In addition, 16 weanling bulls also went under the hammer. These lots were bought by farmer customers and sold from €595 up to €1,080.

Ballymahon Mart will commence its weanling sales on Tuesday, August 25. 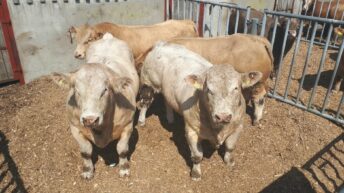