‘Visionary leadership’ of Dr. Pearse Lyons celebrated in US

Rachel Martin in Kentucky, US
Next Story 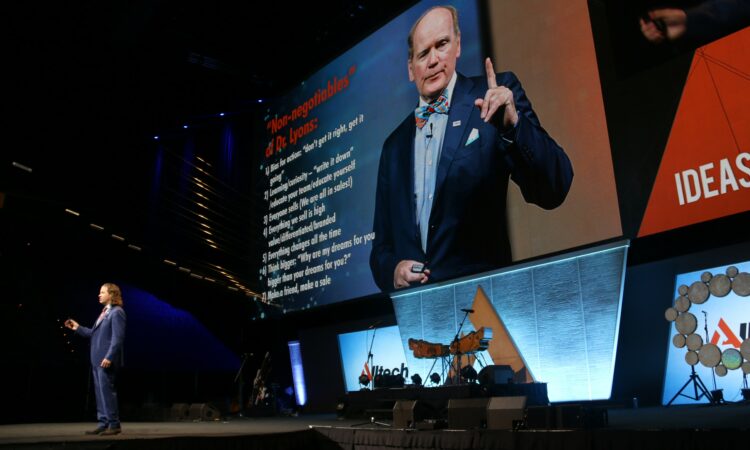 Alltech founder, the late Dr. Pearse Lyons, has been posthumously awarded with two of his own organisation’s greatest honours.

The highly-revered Irish-born entrepreneur passed away earlier this year, on March 8, after losing his battle with an acute lung condition that developed during recovery from heart surgery. He was 73.

He has been honoured with the Alltech Medal of Excellence and the Alltech Humanitarian Award at ONE18: The Alltech Ideas Conference in the US.

The awards were presented by Dr. Lyons’s son, Dr. Mark Lyons – who now leads the hugely successful international animal nutrition group (with over 5,000 employees) – and were accepted by his widow, Deidre Lyons. 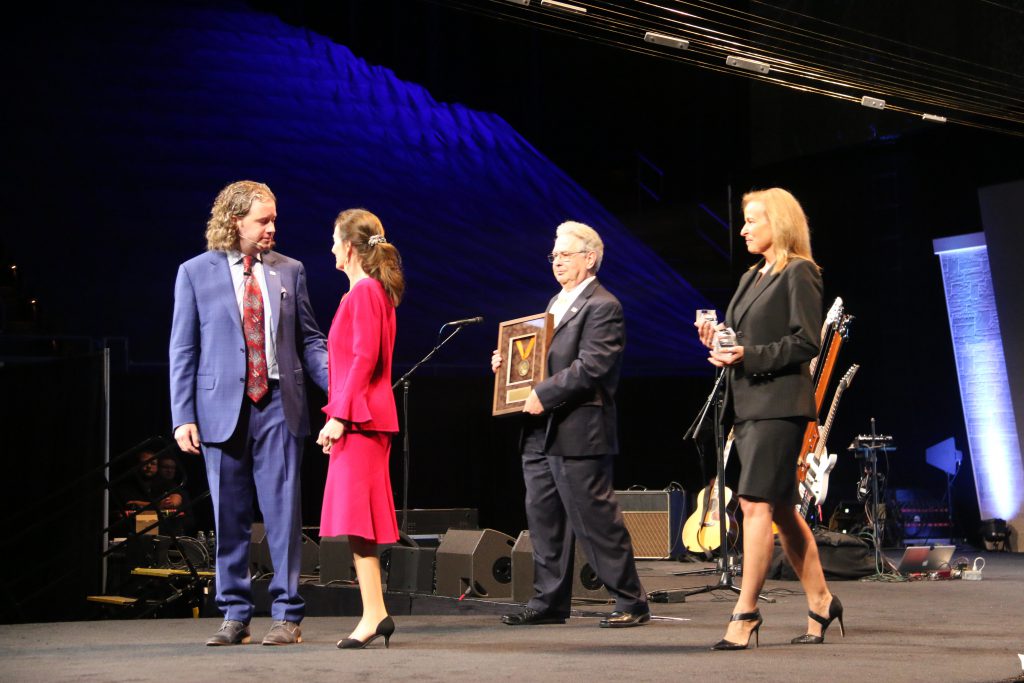 3,600 people from 76 different countries attended the conference in Lexington, Kentucky, this week. The opening ceremony fittingly included a band playing a giant steel harp at the Rupp Arena – the largest basketball arena in the US.

‘Seeing what others cannot’

Dr. Mark Lyons, president of Alltech, said in order to achieve innovative change, it takes leaders with the ability to “see what others cannot”.

This intrinsic ability was something which, he said, the artistic genius of Leonardo da Vinci and his late father had in common.

“He and dad ‘happened to things’ – as dad used to put it,” he said. “And that thing was called ‘life’. Sometimes life happens to us. These two individuals seemed to impact life, as much as it impacted them,” he said.

It is the first time in the conference’s 34-year history, that Alltech awarded the achievements of its late founder.

He was constantly encouraging us to be the best we could be for those around us, so that they could flourish and become the best they could be.

“He wanted them to live with the values that both he and my mother shared,” he said.

The Alltech Medal of Excellence – Alltech’s highest distinction – was awarded to Dr. Lyons for his work as a visionary scientist.

As an entrepreneur and a tireless innovator, Dr. Lyons utilised his scientific expertise in yeast fermentation, and his acute business sense, to revolutionise the animal feed industry through the introduction of natural ingredients to animal feed.

In the past 10 years alone, his scientific achievements have been listed in more than 300 patents.

Additionally, he was recognised with the Alltech Humanitarian Award for having a boundless philanthropic spirit.

The award is bestowed annually to someone of strong character who uses their platform to positively influence and inspire those around them.

“We cannot replace Dr. Pearse Lyons – nobody can,” said his son. “But if we start to think like him – if we can get 10 people, 100 people, 1,000 people thinking like him – imagine what we can achieve together.” 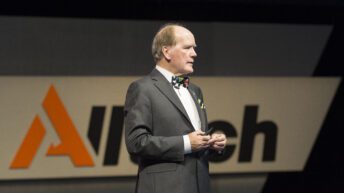