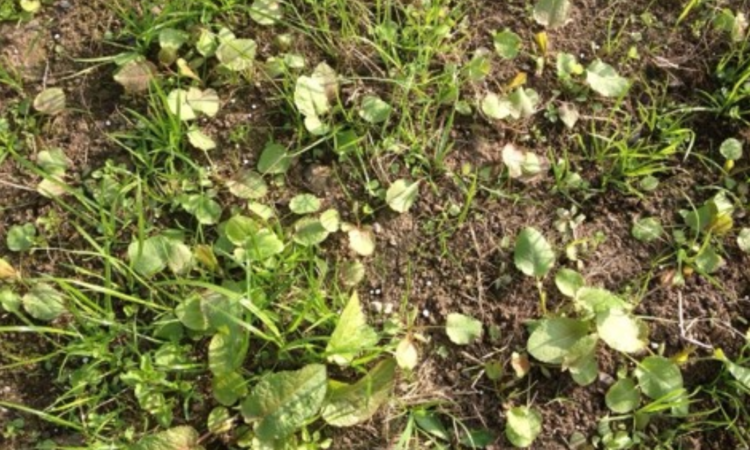 Weeds, when established, can greatly reduce the performance of a grass sward and research has shown that every 1% infestation of weeds (like docks or chickweed) can result in a 1% reduction in grass yields.

Controlling weeds in newly-sown leys is critical to the establishment and performance of a new sward. However, this can be difficult when weeds like docks and chickweed are present.

It also contains the two tried and tested ingredients – fluroxypyr and clopyralid. The cocktail of these three powerful ingredients – with different modes of action – ensures a very wide spectrum of weed control in reseeded pasture.

Many reseeded pastures, in recent weeks, have shown a very high infestation of weeds. Docks appear to be coming through in big numbers.

Pastor Trio provides the perfect opportunity to kill docks at the seedling stage. If uncontrolled, dock roots can grow to a meter deep and can devastate grass yields. Hitting them early is imperative.

Chickweed, if left uncontrolled, can effectively smother the grass. If this is not tackled early on, the reseed – next autumn and beyond – will be very patchy at best. Common chickweed causes the biggest problems, but mouse-eared chickweed can also be a problem.

Thistles, especially the spear thistle, appear to be a much bigger problem in recent years in newly-sown pastures. Dandelions and buttercups, even in fields that were burned off before reseeding, can become a major problem.

These tend to be worse where reseeds are direct drilled or power harrowed instead of using the traditional ploughing method.

Pastor Trio will give great control of all of these. It should be applied at 1L/ha in 200L of water from the third leaf visible stage of the grass. It can be applied up to August 31.

Pastor Trio is also approved as a post-emergent spray in maize. As well as controlling all the weeds listed above, it is also highly effective on black nightshade, field bindweed and black bindweed.

It should be applied at 1L/ha between the three and six leaf stage of the crop and before the maize is over 20cm tall.

Pasture Trio at a glance 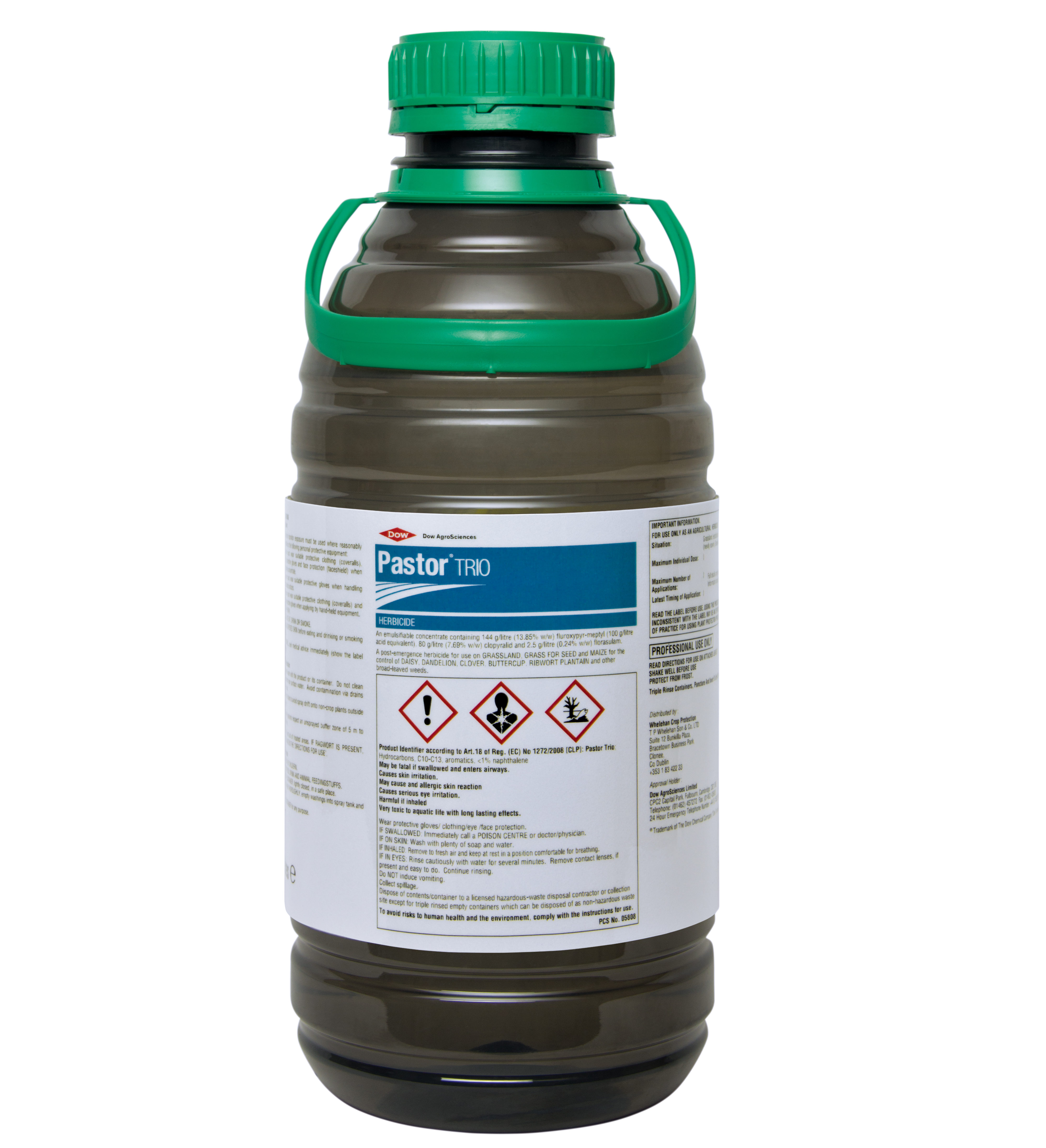 Perfect for silage and pasture

Pastor Trio is also the perfect solution for buttercups, dandelions, docks, thistles and other weeds in silage swards and permanent pasture.

Apply at a rate of 2L/ha in silage swards at least four weeks before silage is cut. This ensures the chemicals are fully translocated to the root system, enabling the most effective weed kill.

In permanent pasture, keep animals off the grass for seven days after application of Pastor Trio. 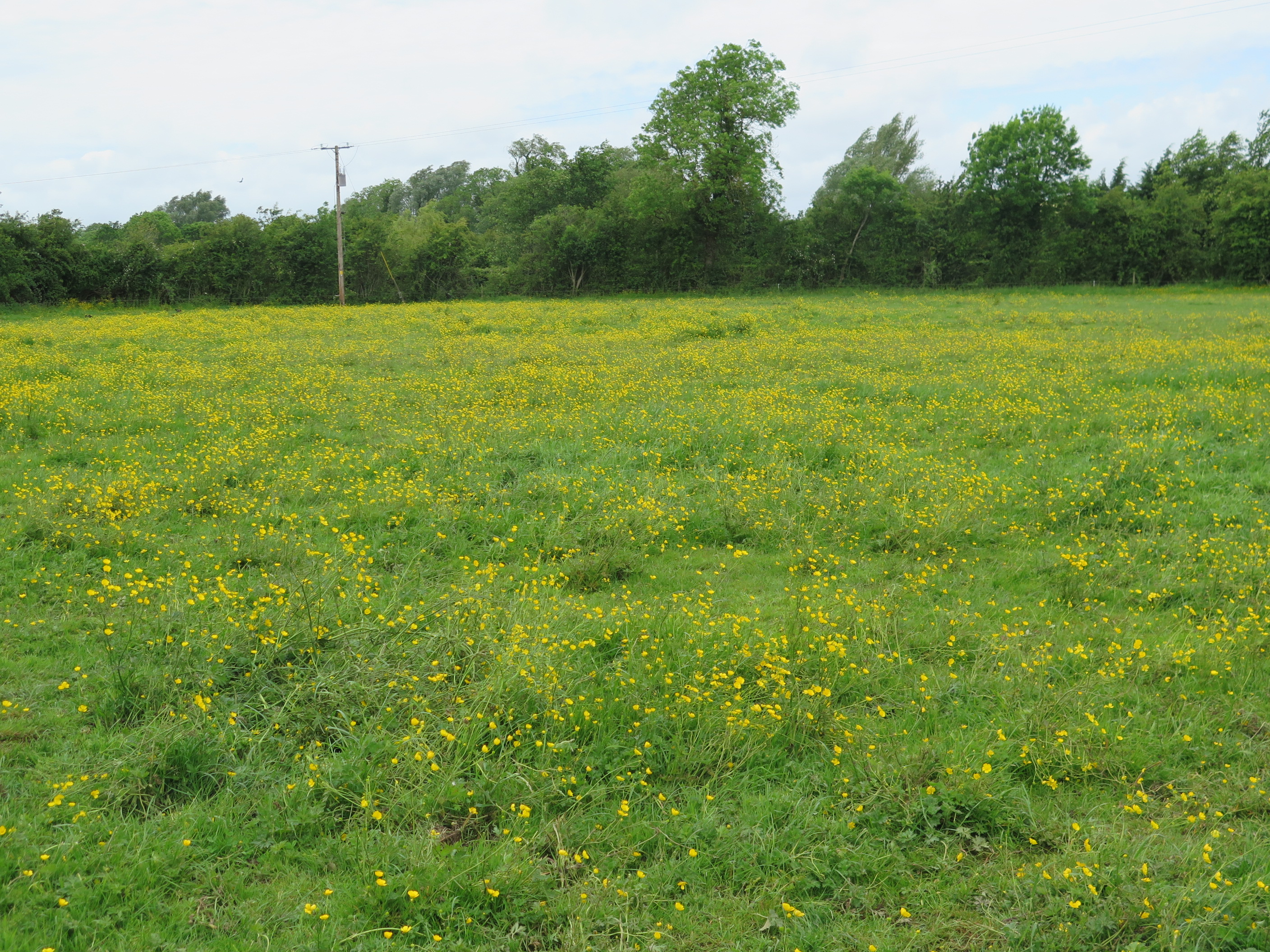 Add clover after weeds are controlled

As clover is susceptible to Pastor Trio and other herbicides that kill broad-leaved weeds, a growing number of farmers are now excluding clover from the mixture at reseeding, controlling the weeds and then over-sowing, or surface seeding, the clover into a clean sward at a later stage.

The technique of over-sowing clover with phosphorous and potassium fertiliser was developed successfully by James Humphreys of Teagasc Moorepark. He pioneered the system at the Teagasc dairy research farm at Solohead, Co. Tipperary.

In many cases, the effects of heavy infestations of weeds far outweigh the benefits of clover in a reseeded sward. The best decision economically may be to control the weeds and then add the clover.

The technique is also very effective after first-cut silage and in permanent pasture, but it is important to have it tightly grazed. It works best where moisture levels are good.

When weeds account for 20% or more of the field, it will pay to kill the weeds and re-introduce the clover later. The over-sowing can be done 30 days after Pastor Trio is applied. Click here for more information on Pasture Trio