Paramedic: ‘Don’t put the farm work above your own health’ 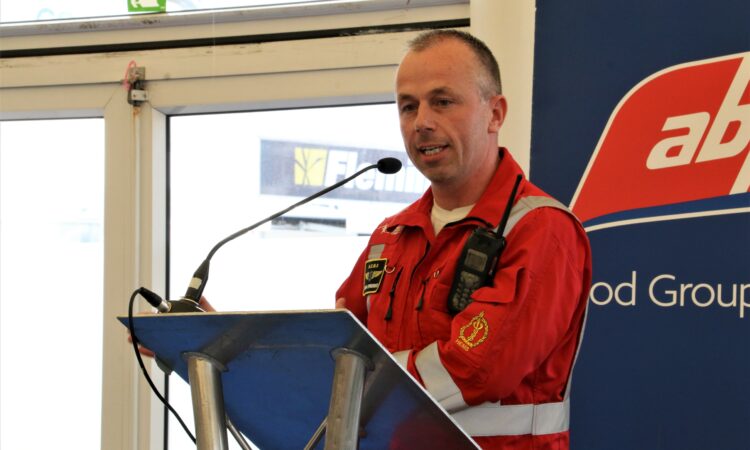 One of the highest honoured air ambulance paramedics in the UK has spoken of his admiration for Northern Ireland’s farming community – but warned that farmers too often put their pride and their businesses before their own safety.

Glenn O’Rorke, who has been part of the Northern Ireland Helicopter Emergency Medical Service (HEMS) since its inception in 2017, won a national award for his role in helping develop the service in Northern Ireland earlier this year.

But despite his own valiance in saving lives, O’Rorke said it was the courage and work ethic of many involved in agriculture in Northern Ireland which had really humbled him.

He explained that 10% of the crew’s call-outs are to agricultural businesses – with heights, slurry incidents and livestock injuries among the most common reasons for a rescue.

“I couldn’t do your job,” he told guests at a farm safety seminar at ABP’s Balmoral Show stand.

ABP decided to become involved in the farm safety partnership after the Spence family slurry tragedy, in which a father and two sons were killed in a slurry accident in 2012.

However, despite efforts across the industry, the problem has continued to cost many farmers their lives. Alarmingly, O’Rorke added that 90% of the farm incidents he had attended could have been easily avoided.

“I have been lucky – or I should say unlucky – enough to have met many of your families and relatives during some of the most traumatic incidents,” O’Rorke said.

When we arrive on the scene and we talk to the patients and their relatives – they are so humbling they are actually apologetic to call us out.

“When a call is made, we have a paramedic based at the call centre and they interrogate all of the callers to try and decide if they need the air ambulance.”

In one case, he said a farmer who had suffered an arm injury severe enough to warrant the crew’s attendance, told rescuers to “wait 20 minutes until he had finished the milking”.

However, it was this attitude to continually put their animals and businesses first which made farm accidents all the more likely to become fatal, he said.

“Because of this mindset, we have a very low threshold about what we will attend when it comes to farm accidents,” O’Rorke explained.

“Farmers want to get on with the job and don’t want to put anyone else out of their way.

But [for us to be able to help] you need to get us there quickly – it’s not so much about the time it takes to get from the scene to the hospital, but the early interventions we can make out on the farm that matter the most.

“Before you do something think about it – ‘could this go wrong in any way?’.”

Harry Sinclair, chairman of the Farm Safety Partnership, explained that part of the problem came from farmers putting themselves under pressure to fill many roles on the farm and rushing to get through the day’s work without stopping to think about their own safety.

“We nearly all know someone who has been affected by a farm accident,” he said.

Farming is a risky business; you take a farmer in the morning, he sees a cow calving and he nearly becomes a vet when he’s having to assist her.

“He might decide to send something to ABP because he needs some money, so he is a stockman sorting them out and then he is a haulier when he’s taking them to the factory.

“He comes back home and he needs to feed the stock so he becomes a tractor driver; he becomes a forklift driver when he’s got the shovel. He discovers there is a leak in the oil so he becomes a mechanic – and that’s all before lunchtime.” 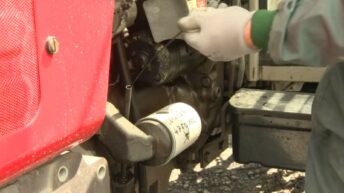