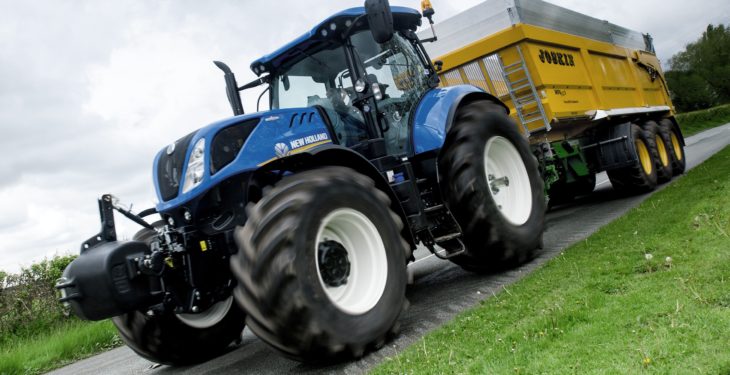 New Holland is introducing a major upgrade to its T7 ‘Long Wheelbase’ (LWB) range in the shape of a new suspended front axle, along with other additions.

The suspended front axle now has a new control valve with dual accumulators. In situations where the tractor is carrying a heavy rear implement, the new suspension mechanism is claimed to deliver an “11% improvement compared to the existing design, when measuring chassis vibration”.

The T7 LWB utilises a suspension concept known as ‘Skyhook’. This active system is normally found on sports cars, according to the firm.

It aims to maintain the tractor in a level condition – irrespective of external forces. These forces typically would be an implement being raised or lowered, or the tractor braking or accelerating; actions where weight can be transferred on and off the front axle causing instability. 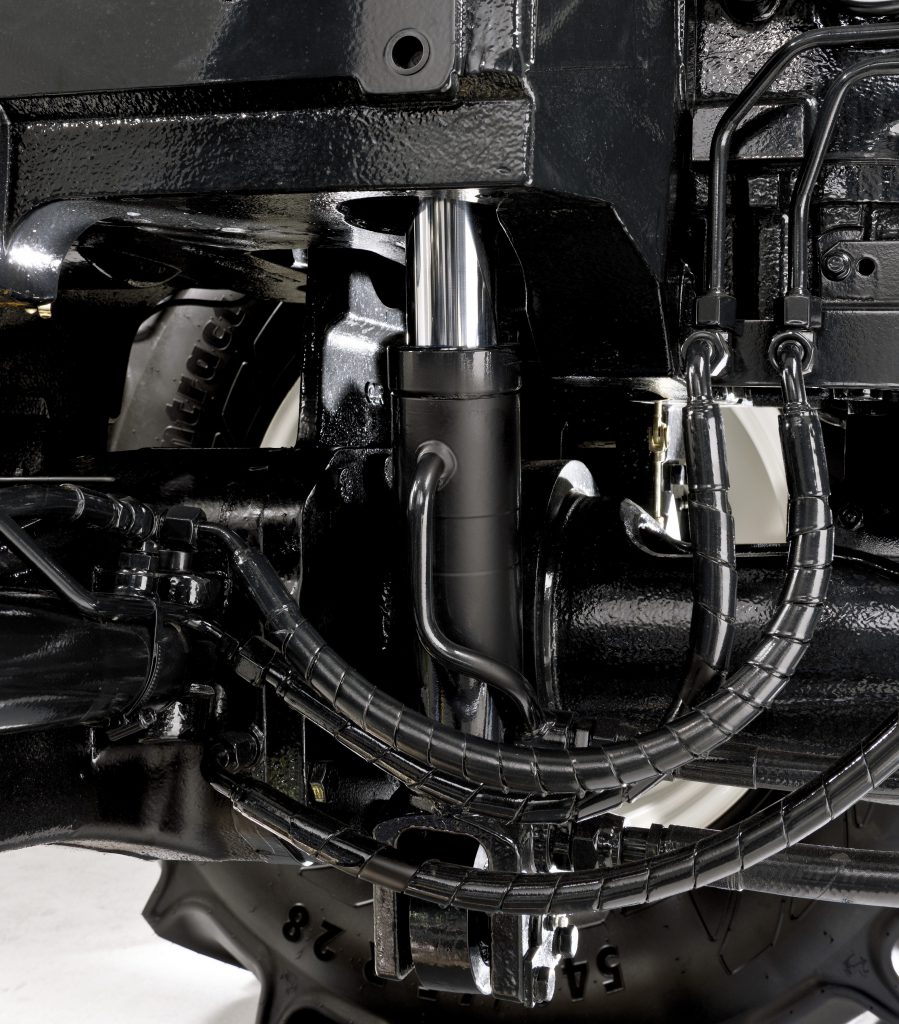 The logic is to momentarily stiffen the suspension if the operator brakes, accelerates or operates the 3-point linkage. The upgraded T7 goes as far as weighing the rear implement, to determine how stiff to make the suspension to reduce the risk of excessive suspension travel at high speeds.

An accelerometer unit within the nose of the tractor monitors any chassis movement caused from uneven surfaces and continually adjusts the suspension damping. This, says New Holland, results in a “very stable vehicle” and greater driver comfort.

Depending on operator preference, the suspension can be operated in ‘Soft’, ‘Normal’ or ‘Hard’ modes. The company says that a greater difference between the settings is now evident, when compared to the current suspension.

For model year 2018, CustomSteer brings a variable-ratio steering facility to New Holland’s T7 line-up. The driver can choose the number of rotations of the steering wheel needed to turn the axle hubs from lock-to-lock.

There are three selectable settings: 1:1 (a single rotation of the steering wheel brings the tractor from lock-to-lock); 2:1; and 3:1. On tractors with the IntelliView IV monitor, the driver can select their own ratio and even different ratios for forward and reverse. 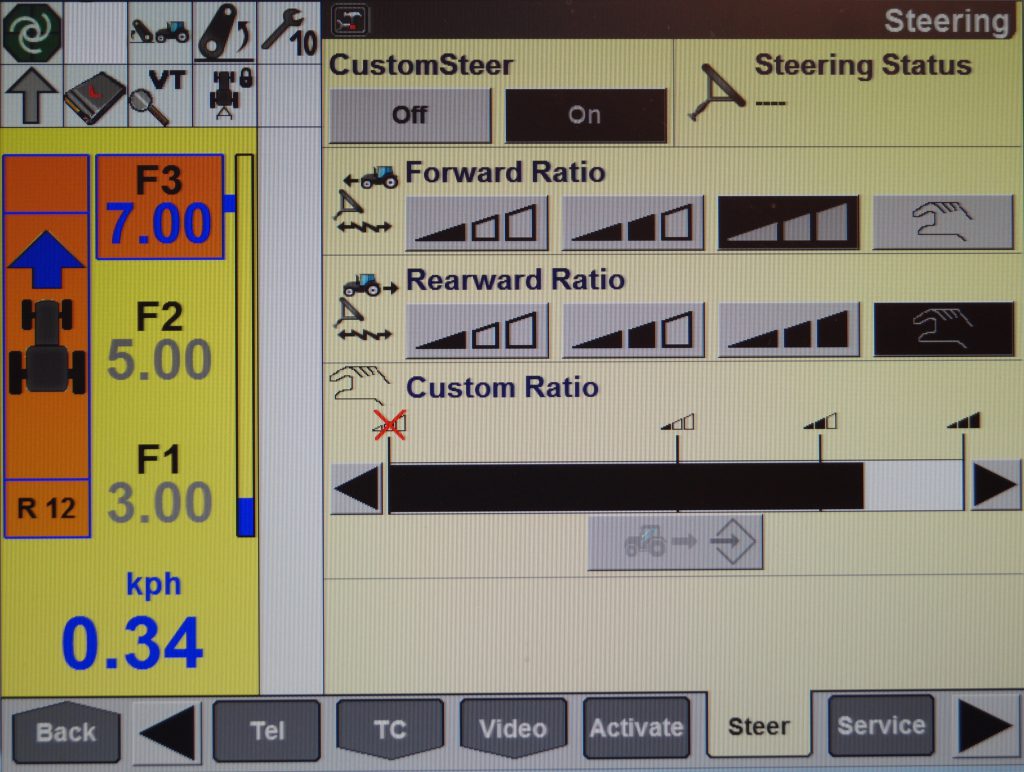 The manufacturer says that operators will see the benefits of CustomSteer for tasks such as manoeuvring during front loader work or for turning faster (with less effort) on short headlands whilst ploughing or drilling.

The “aggressive” 1:1 setting in reverse is intended to “make easy work of the steering” when reversing with a trailer.

For the ultimate control, steering ratios can be changed automatically within the headland management system – HTS II. For example, there could be one ratio for working, one for turning at the headland and one for reversing – all switched automatically.

For safety at high speeds, any chosen custom ratio is gradually dialled out as speed increases – up to 26kph. Slow the tractor down and CustomSteer will automatically re-engage.

Inside the cab, an updated front instrument cluster, featuring white back-lighting and blue needles for the gauges, freshens up the console. On the IntelliView IV monitor, a new “intuitive” graphic illustrates the selectable upper or lower engine values that can be chosen for the Auto Command transmission’s working limits.

A camera-ready option allows up to three camera feeds to be connected at the rear of the cab; their images can be displayed on the IntelliView screen.