Over 1m calves to be registered online in 2016

According to figures from the Department of Agriculture, 1m calves were registered electronically in 2014, a record number which is widely expected to be beaten in 2016.

Herdwatch is expecting around 200,000 calves to be registered in 2016 by the thousands of farmers using its award-winning app. This would represent about 20% of all calves registered electronically this year, after only two years of operation.

Herdwatch co-founder Fabien Peyaud said the trend from last autumn and the beginning of the current spring calving season is showing a seven-fold increase in the number of calves registered through its app.

“Farmers are finding it so much easier and faster to register the calves with Herdwatch as soon as they are tagged, it’s a no-brainer for busy farmers.”

The company has just announced further updates which will be released shortly, including the ability to record sheep remedies for Bord Bia, as well as sprays and fertilisers, which is another compliance headache the app will remove.

“We are also putting the finishing touches to the Herdwatch Grassland Management module, which will give farmers an easy way to measure grass and optimise grass utilisation on their farm,” said Peyaud.

Herdwatch has received an Innovation Merit Certificate at its first ever UK and LAMMA Show appearance, which is the UK’s Largest Agricultural and Machinery show.

James Greevy, who represented Herdwatch at the show with Helen Mulqueen, said it’s always nice to be recognised, especially at a prestigious event like LAMMA but, above all, they received amazing feedback from British farmers and are looking forward to bringing Herdwatch technology to UK farms before the summer. 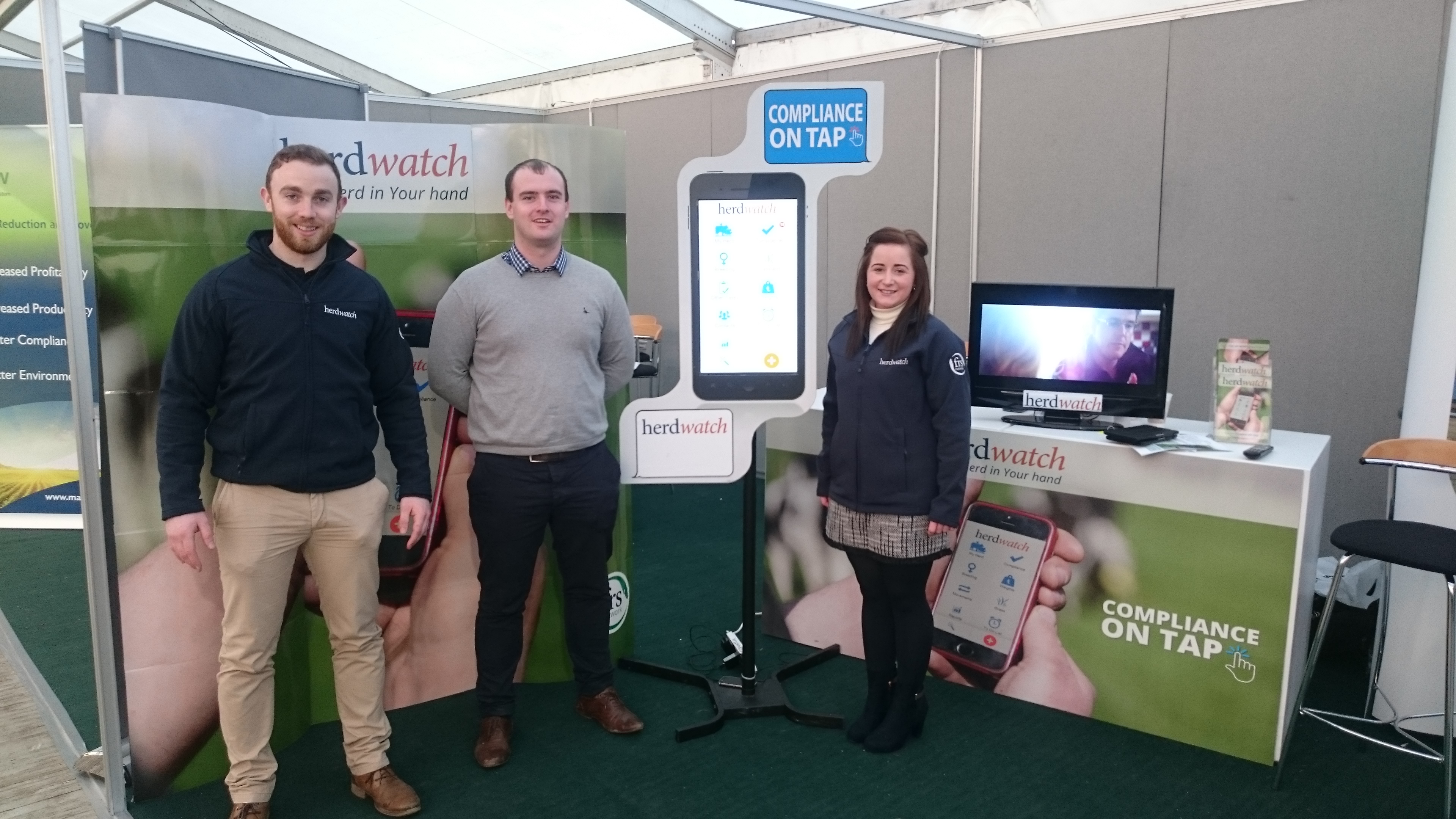 Fabien Peyaud, co-founder of Herdwatch added that it’s is a proud moment to be recognised in their first UK appearance, and thanked the LAMMA Show organisers for choosing Herdwatch as a Merit Certificate recipient against very tough competition.

Farmers interested in finding out more can visit www.herdwatch.ie, where a free trial is currently available, or contact their local FRS (Farm Relief Services) co-op (list on www.frsnetwork.ie).