Opinion: Do farmers need to ‘climb’ the supply chain, to avoid being trodden on at the bottom? 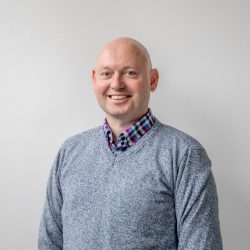 Opinion: Do farmers need to ‘climb’ the supply chain, to avoid being trodden on at the bottom?

Beef farmers are grappling with low prices. No one seems to have a workable solution.

Some farm leaders, lobbyists and activists routinely call on the Minister of Agriculture to intervene…but to intervene and do what exactly?

In the midst of the factory protests last year, the minister – speaking on radio at the time – suggested that he couldn’t intervene directly on price (on the basis that it’s a ‘free’, albeit regulated, market) but could intervene (and does so) when it comes to income-support measures.

More recently, however, we’ve seen the EU and the Government intervene to support the wider market – through an (inadequately-funded) Aids to Private Storage (APS) scheme, to counter the impact of Covid-19.

But, yet, all we hear from some quarters are repeated calls for Government intervention to ‘raise the price’. While such calls are invariably popular, what do they actually achieve? No one spells out exactly how the Government might (legitimately) do that.

Some farm leaders, lobbyists and activists routinely call on the processors – commercial entities – to pay better prices for beef. But business decisions made by such companies are based on exactly that premise – that of ‘business’. Their prerogative is to maximise shareholder value – not the betterment of farmers simply for the sake of doing a ‘good deed’.

They, at the behest of their owners, strive to maximise margins. That means securing produce – all else being equal – at the lowest price possible.

This, of course, is stating the obvious. So why do some farming activists invest so much energy in making heart-felt appeals to processors for more money (on the sole basis that it’s the ‘moral’ thing to do)?

Wading into a shark tank to do battle, armed with nothing other than ‘sentiment’, will garner some praise but won’t win many wars.

Despite all of this, calls – via the media – for processors and the minister to ‘up the price’ are the bedrock on which some careers in farm politics appear to have been built. But, in most instances, this rhetoric serves only as a catharsis for deep-seated (and justified) farmer frustration.

Is there a solution?

Farmers will likely get little satisfaction as long as they remain at the bottom of the supply chain – in a chain where the dynamics are skewed against them.

Enough money in the supply chain?

If farm lobbyists and activists contend that there is enough money in the supply chain, but that farmers simply don’t get their fair share, then farmers – in some form or other – must move further up that chain.

That may mean establishing farmer-owned or farmer-controlled processors – ‘co-ops’.

It also means establishing a farmer-owned or farmer-controlled beef brand (or brands). The key is to create a premium brand that would resonate with certain cohorts of consumers – not a ‘quality-assured’ brand that ticks endless and onerous ‘sustainability’ boxes but must then compete solely on price (against the cut-price produce that underpins a globalised ‘commodity’ market).

Also Read: Opinion: A ‘protectionist mantra’ is not in Irish farming’s best interests

Of course, such notions are not new; these ideas gain traction from time to time. Encouragingly – the prospect of farmer-owned producer groups is a step on this path.

However, any such undertakings will be daunting. Unless the will, energy and leadership is there is do this, many farmers will continue to be routinely trodden on – as price-takers at the bottom of a skewed supply chain.

Jim Breen is from a farming background. He studied Engineering in UCD. He worked for agricultural media outlets and, most recently, was the mechanisation advisor for DAERA (Department of Agriculture, Environment and Rural Affairs) and an engineering programme manager at CAFRE (College of Agriculture, Food and Rural Enterprise). He now lives in Offaly.