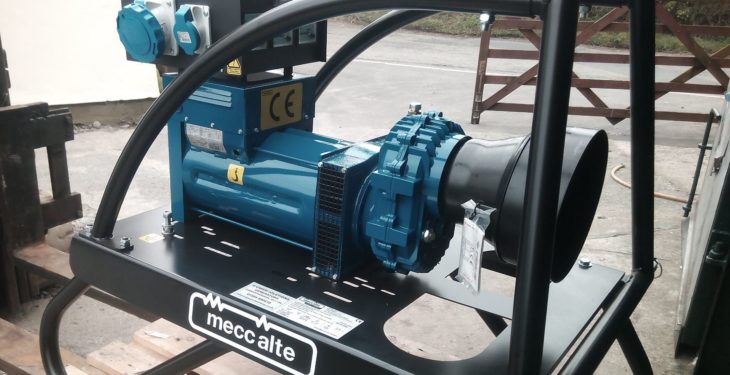 There are no plans to include generators under Targeted Agricultural Modernisation Schemes II (TAMS II) measures, according to the Minister for Agriculture, Food and the Marine, Michael Creed.

Sinn Fein’s agriculture spokesperson Martin Kenny asked the minister if the amount of unspent funding in TAMS II indicates scope for the inclusion of standby generators for dairy farmers affected by power outages.

When ex-hurricane Ophelia hit Ireland on Monday, October 15, thousands of people were left without power across the country as a result of the high winds knocking trees and damaging power lines.

It took ESB Networks a considerable amount of time to get the network back to full working order. Dairy farmers were the most vulnerable during these outages.

Needing power to milk their herds and keep the milk cool, farmers who didn’t have generators were left scrambling to find one. A scarcity soon emerged in the rush to locate suitable generators in the worst-affected areas.

However, some processors soon had men on the ground transporting generators from farm-to-farm to relieve the pressure. In other instances, farmers took it upon themselves to help each other out during the difficult period.

In response to the parliamentary question, Minister Creed pointed out that change-over switches or generators are not part of the TAMS II schemes at present and there are currently no plans to include them.

“The TAMS II scheme has been very successful to date in terms of uptake, with the number of approvals that have issued to date exceeding 11,500.

“All of these approvals represent committed expenditure under the TAMS II measure of the Rural Development Programme 2014-2020. Until such time as these approvals are acted upon or expire the budget for TAMS must include provision for the potential expenditure involved.

Of the applications approved just under 2,500 payment claims have been received to date, representing 21% of approvals. Payment claims submitted have been paid in over 75% of cases and these continue to be paid on an on-going basis.

“However, until such time as the works applied for and approved have been completed and payment claims submitted, payments cannot issue. All participants who have completed approved works are urged to submit their payment claims immediately to facilitate early payment.

“Approvals and payments continue to issue on an on-going basis for the comprehensive list of investments already included in the suite of seven existing TAMS measures,” Minister Creed said.