No need for extra handling with additional ileitis vaccination 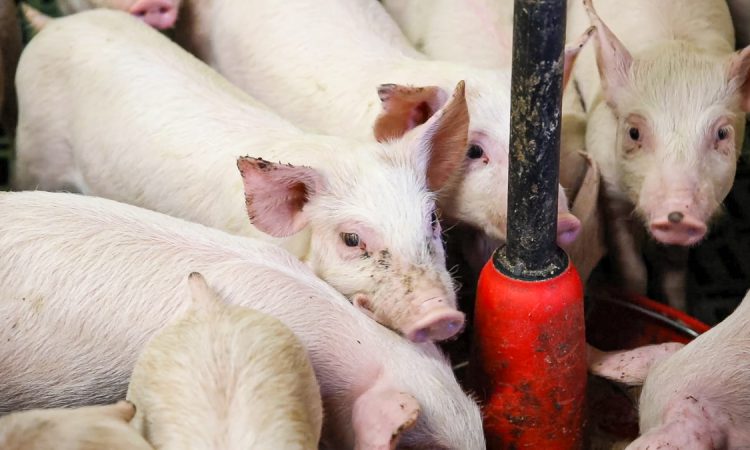 The weaning period (at around three weeks) can involve multiple vaccinations against infectious diseases, such as Porcine Circovirus, Mycosplasma and PRRS in piglets.

While modern herd health planning promotes the benefits of vaccination to animal health and welfare, increased handling of young animals must be undertaken carefully.

“Young pigs are easily stressed, and studies have shown that this can have a detrimental impact on growth and development. As farmers and vets, it is best practice to try to reduce the number of interactions with young pigs wherever possible.”

One way of doing this is to choose vaccines that can be given at the same time or that are combined into a single injection. Combination vaccines are already widely available and have proved popular with farmers in Ireland.

A new vaccine against Lawsonia intracellularis (the bacteria known to cause ileitis) was launched earlier this year.

Ileitis is prevalent in almost all pig units in Ireland and although the disease is most often sub-clinical, it still affects pigs’ well-being and performance.

Advertisement
The Lawsonia bacteria causes inflammation and thickens the gut wall, even in the absence of diarrhoea. Unlike short-term bacterial gut infections, part of the ileum becomes permanently damaged, causing long-term reduction in food absorption. Consequently, feed conversion rates and average weight gain are lower for the rest of the pig’s life.

The vaccine is administered once via intramuscular injection and can be used in piglets from three weeks-of-age and offers up to 21 weeks of immunity. It also has the added benefit of being approved for use in combination with two other vaccines to give protection against four diseases.

“This particular vaccine can be used alongside antibiotics where they are necessary, so it’s easy to slot into your current management system,” added Maureen Prendergast.

It can also be mixed with another vaccine that offers protection against both PCV virus and M Hyo, making it possible to combine the three vaccinations into just one single injection.

“This combination can also be given at the same time as a separate vaccine against PRRS. As well as potentially helping to reduce the number of times piglets are being picked up, it could allow farmers to spend less time vaccinating, freeing up staff for other essential tasks.”

Farmers should always discuss their vaccination regime with their vet who can also advise on infection control and on-farm biosecurity. Special attention should be paid to the storage and application of all veterinary medicines including vaccines.