NI’s Air Ambulance soars one year on…but how many rescues were farming related? 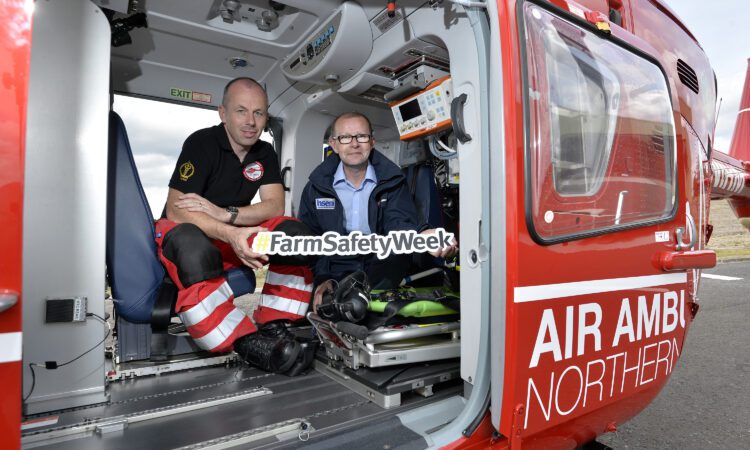 Around one in 10 air ambulance call-outs in Northern Ireland over the last year have been related to farming incidents, according to the region’s Health and Safety Executive (HSENI).

One year on from its launch, Keith Morrison, chief executive of HSENI, met with members of the Helicopter Emergency Medical Service and thanked them for their work in saving lives on farms.

The air ambulance enables 15 doctors and seven paramedics provided by NIAS to fly onboard seven days a week bringing advanced clinical interventions, treatments and care to patients all over Northern Ireland before reaching a hospital. It can access any part of the region within around 20 minutes.

The Air Ambulance had its first tasking on July 22, 2017, when it rescued a young boy aged 11 injured on in a tractor accident on a farm in Castlewellan, Co. Down.

HSENI chief executive Keith Morrison said: “The majority of serious injuries and deaths on our farms are caused by slurry, animals, falls or equipment.

“Of the 380 call-outs for the air ambulance in its first year of operation around roughly 10% of those have been to farming incidents – including a number of deaths.

“We would appeal to the farming community to consider the risks you are taking on a daily basis.

“Please ‘Stop and Think SAFE’ before starting any job on a farm. The Air Ambulance is a vital emergency service, but please do whatever you can to avoid it having to land anywhere near your farm.” 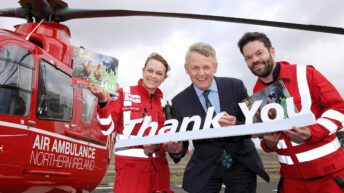