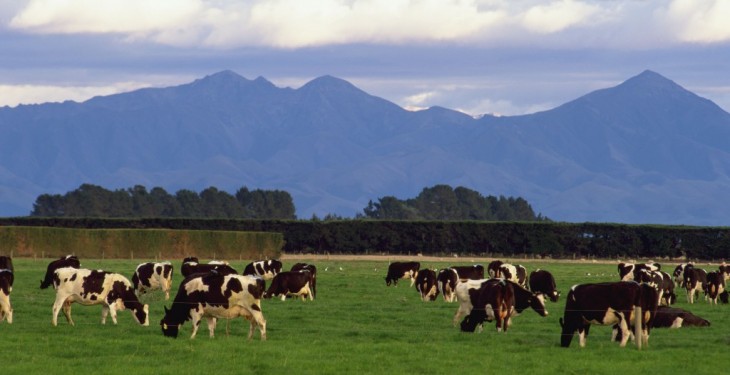 A new report by Rabobank says a combination of factors have conspired to see New Zealand prices hit far harder by the dairy downturn than those in other key dairy exporting regions.

“In this cycle, the pain has been asymmetrical, with New Zealand at the sharp end, and so far pretty alone,” Report co-author, Rabobank Senior Dairy Analyst Michael Harvey said.

“This has been for a combination of reasons – including a relatively strong New Zealand currency position, our small domestic market and New Zealand dairy’s exposure to China and to whole milk powder, which are the worst-hit markets.”

Turnaround triggers
The Rabobank report says while dairy prices are unlikely to be much improved over the next six months – as the market “strives to turn off the taps of supply growth in the face of weak demand requirements” – the factors that will trigger a turnaround are now in place.

“These mechanisms that will eventually rebalance the market have been slower to trigger than expected, but they are now underway,” Harvey said.

These include: milk price reductions in China starting to choke off domestic production growth; lower New Zealand production which will lead a supply-side adjustment in export regions; reduced supply growth from the US and EU due to the collapse of international commodity prices plus accelerated dairy consumption growth depleting current accumulated stocks.

Mr Harvey says these factors will work together to tighten the market for “new” milk and a significant price recovery is expected to be underway by mid-2016.

“In the medium term Rabobank still anticipates that the market will need to trade – in WMP equivalent – at pricing around mid-way between USD 3000-4000/ tonne in order to balance the global market, assuming exchange rates at or near August 2015 levels in key regions),” he said.

In the new report, released to its clients in New Zealand last week, Rabobank says, while the dairy sector is currently experiencing a severe cyclical downturn, the mechanisms that will turn the market around have now been triggered and a substantial improvement in prices is still expected by mid-2016.
Advertisement

Rabobank New Zealand CEO Ben Russell says the bank’s firm view is the long-term fundamentals for the dairy sector have not been altered by anything seen in 2015 and there are strong reasons to expect that the medium term holds plenty of upside for the New Zealand dairy industry.

“Contrary to some recent analysis and commentary on the New Zealand dairy sector, Rabobank’s view is the current price trough is part of an extended negative phase of the commodity cycle and not a structural, permanent change to supply and demand dynamics,” he said.

“While the season ahead will undoubtedly be difficult for dairy farmers, the bank is firmly of the view that prices will recover to more sustainable levels over the medium term. Current market conditions are not the ‘new normal’, but a highly abnormal part of a difficult cycle.”

New Zealand remains very well placed to continue to play an important – and overall profitable – role in this improved future for the global dairy industry, the Rabobank report says. “But first it must ride out the storm.”

Price collapse
Michael Harvey says the extent of the market collapse was – for most in the industry – “beyond expectation” and inevitably led to milk price forecasts for the 2015/16 season being slashed.

A 19% fall in prices over the course of two GDT auctions in July and August took the market down from already painful levels to a low not seen since 2002 in FOB Oceania trade.

“Given NZ production costs have increased significantly since 2002, you have to go even further back to finding pricing this far below the cost of production, Mr Harvey said.

The report notes that the global dairy market had already been well on its way to a correction in 2014 – from previous record-high prices – with prices starting to fall in order to choke off a wave of milk supply and encourage demand growth.

“Unfortunately, this downturn was then exacerbated by several other developments, including China slashing its purchases from the international market, Russia banning dairy imports from the EU and some other suppliers plus EU dairy quotas being removed in April this year,” he said.