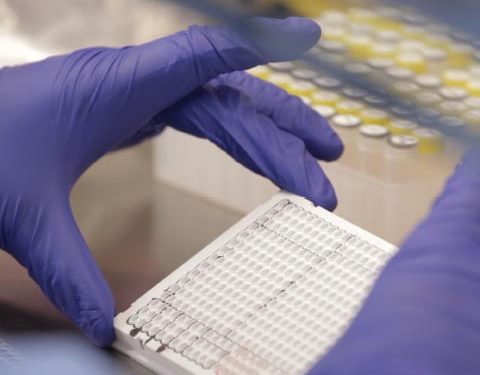 A few years ago a company called IDEXX, which specialises in producing lab tests for diseases such as BVD, developed a lab test for pregnancy in cows.

It measures a protein in milk that is produced by pregnant cows and can tell if a cow is in-calf from 28 days after breeding with 97% accuracy.

This test is being used around the world with over 2 million tested being carried out in the last year with Europe and North America being the biggest markets.

Progressive Genetics and Munster AI have been using this test for the last year in Ireland and have over 50,000 cows tested to date.

This time of the year is peak usage for the test as farmers check what cows are in calf after the breeding season. The test is used on a milk sample taken as part of milk recording or just taken at a normal milking.

Samples are tested in the lab and results send to farmer within a few days.

According to Laurence Feeney of Progressive Genetics, farmers really like the test as it is really easy to do especially and there is no extra handling of cows.

“That means no stress for the cows or the farmer and pregnancy testing gets done with no extra labour,” he said.

Earlier this year Progressive Genetics launched a new option of sending samples in the post, this allows farmers to take samples during the breeding season of small batches of cows as soon as they are 28 days bred and allows non-pregnant cows to be treated quickly.

This time of the year, however, it’s mostly full herds that get tested. Milk recording customers request testing on the whole herd as part of a normal milk recording.

Non-milk recording herds take samples themselves at milking and many opt to get the samples tested for cell count also.