New Holland is another global machinery company that has big plans for LAMMA show in the UK in January.

According to the company, due to a range benefits from in-house design and construction, the telehandlers are set to offer the world’s medium and large-scale livestock farmers, large arable operations and contractors, high-performance material-handling capabilities.

Also in the New Holland stand at the event will be a variety of models ranging from the CX Elevation combine to the innovative Auto Command tractor range. 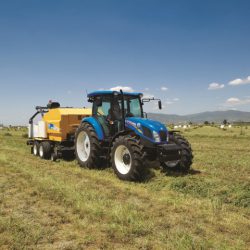 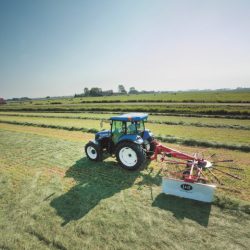 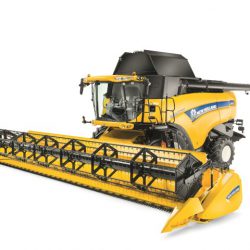 This year LAMMA will be particularly meaningful for New Holland. The show will mark the beginning of the official celebrations for the 50th anniversary of the opening of the Basildon Tractor Plant. The company says there will be many surprises for visitors who come along to the stand.

The Basildon Tractor Plant in Essex has a long tradition of innovation and product development, and continues to take pride in building the next generation of tractors that will shape agriculture.

It has produced some of the most popular tractor models ever made: the Ford 4000, 5000 and 7000, the iconic Ford 7810 and is now home to the award winning T6 and T7 tractor series. These state-of-the-art machines have become the heart of production at the plant – a testament to the popularity of the T6 and T7 series among farmers today.

According to New Holland, more than 1.8 million tractors have been produced since 1964 and today 14,500 different tractor specifications can be built in Basildon. The plant exports 85 per cent of its tractors to over 120 countries worldwide.