A future without needles for pigs has already begun with the MSD needle-free injection gun.

The intradermal application of liquids (IDAL) method has created a revolutionary improvement in vaccine administration in sows, boars and even the youngest pigs.

Smaller doses of vaccine are delivered directly to the skin. This is a really good site for immunity protection, because it is loaded with the cells that create antibodies and other immunity-boosting cells.

The IDAL method is a scientifically proven vaccination route in pigs for the reduction of disease.

With IDAL vaccination, the small volume of vaccine is dispersed over a relatively wider area within the skin layers than if it was injected. Thereby, the vaccine’s exposure to these antibody-producing cells is increased.

Skin has specifically evolved for protection – the outer part is thick and strong, while the inner part is loaded with cells to fend off foreign material in case it is breached.¹

Muscle, on the other hand, has been evolved for movement. Needle injections cause damage to muscle cells that take longer to heal. This may cause an increased risk of infection, abscess formation and condemnation in a more valuable part of the pig at slaughter.

Subcutaneous injections are given into the fat layer between the skin and the muscle, where there may be a more limited blood supply and the immune-boosting cells may not be as active.

In addition, the problem with needle injections is that, along with causing some stress and pain, they greatly increase the risk of disease transmission among pigs.

This is especially important with porcine reproductive and respiratory syndrome (PRRS), as it only requires a few viral particles to cause disease.

PRRS is of great clinical significance in Ireland as it causes severe losses initially, through abortions and respiratory disease, but later provides a gateway for other diseases and continues to generate economic losses.

Anything we can do to reduce PRRS virus spread will benefit everyone.

Even if needles are changed between litters, there is a very speedy deterioration of the needle tip after its first use.

As they are disposable, they become blunt very fast. This causes more pain, tissue damage and an increased risk of scarring in the muscles.

Needles are injected deeper into muscle and under the skin when compared with the IDAL.

There is also a risk of needle breakage. Broken needle fragments can have a serious commercial impact if picked up by consumers.

With IDAL, there is no risk of needles being stuck in the person holding the gun and the handler – if there is one present.

The needles don’t need to be replaced during vaccination, which also saves time. Additionally, with IDAL, there are no used needles to dispose of.

Veterinary practitioners and farmers in Ireland have reported increased appetite and activity levels among pigs following IDAL vaccination compared with intramuscular vaccination and this is especially important around the time of weaning.

At weaning time, even a small reduction in appetite can have consequences for later productivity.

IDAL vaccination has been shown to improve animal welfare in pigs, which benefit from the smaller volume of vaccine administered and the reduced handling that is required when the IDAL gun is used. 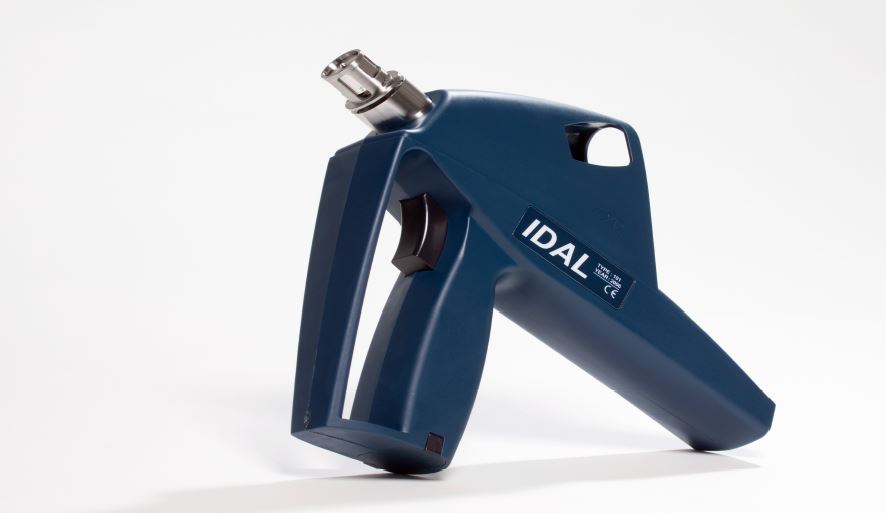 Irish farmers have been keen to embrace IDAL gun use. Thomas Gallagher, Territory Manager with MSD Animal Health, said that there has been great interest with farmers opting for needle-free vaccination regimes on their piglets.

The MSD Animal Health IDAL gun is easy-to-use, fast and effective with obvious benefits for the farmer, vaccinator and for the pigs.

MSD Animal Health can be contacted at: 01-2970220 or email: [email protected]. Click here for more information