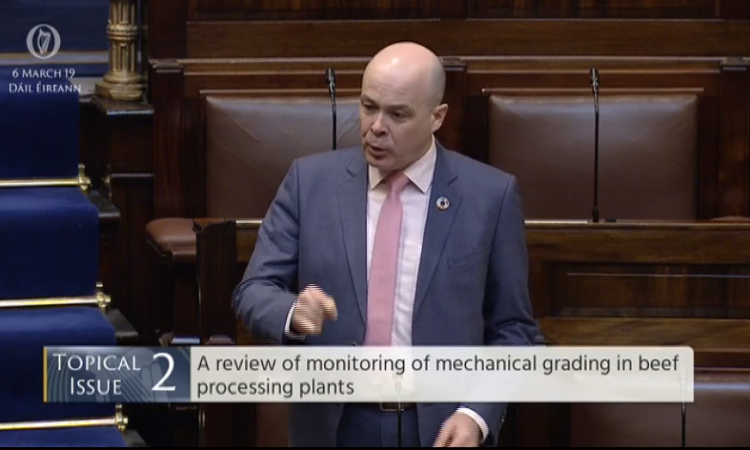 It is 14 years ago since the current beef grading machines were introduced. That is three years before the iPhone first came on the market in 2007, it was stressed today in the Dail.

Highlighting the issue, Independent Galway-Roscommon TD, Denis Naughten, said: “These machines are outdated and obsolete and I believe we are under-grading cattle.”

Speaking in the Dail today (Wednesday, March 6) he outlined that it has been “a very difficult year” for suckler beef farmers in particular across the country.

Regarding the operation of beef grading machines in meat plants across the country, Deputy Naughten explained that with the development of technology, “it should now be possible to supply farmers with a digitised map image of each of their animal’s carcass on the day of slaughter”.

He remarked that “in two years, Department of Agriculture inspectors have found 21 beef grading machines working outside the rules set”.

“In Ireland, there is no mechanism to permit an officer to find out exactly when a beef grading machine went out of tolerance.”

Responding to Naughten’s concerns, Minister of State for Food, Forestry and Horticulture, Andrew Doyle, highlighted that in 2018, his department carried out almost 500 unannounced inspections on the 32 meat processing factories.

“If a machine is found to be operating outside maximum tolerances, the factory is instructed to go back to manual grading until the machine is serviced and a check is carried out by department officers.”

Minister Doyle also pointed out that “all manual graders are classified by the Department of Agriculture”. 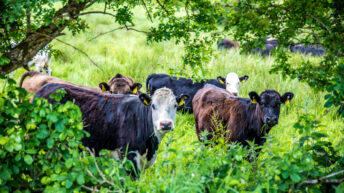 4 movement rule: Is it ‘anti-competitive’ and disruptive to free trade?