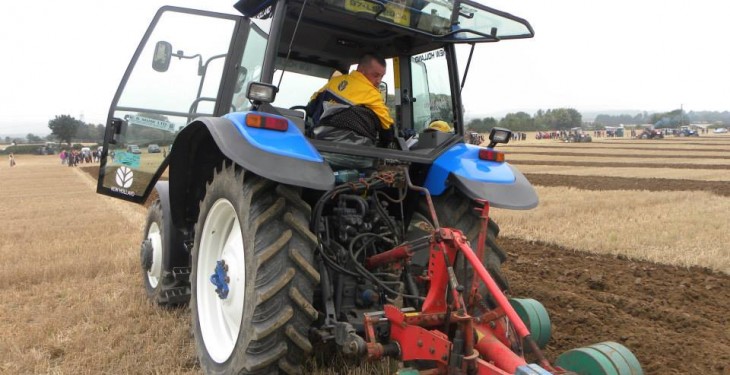 Opening day of the National Ploughing Championships saw larger than anticipated numbers descending on the 800 acre site in Ratheniska, Co Laois with over 81,000 passing through the turnstiles.

This represents an increase of just over 29,000 on last year’s figure of 52,000 for the same day. With good weather forecast and positive traffic reports, large visitor numbers are expected again tomorrow.

With crowds thronging the 22 kilometres of trackway, reports indicate that business on day one of the event was extremely successful for the 1400 exhibitors taking stands. Numerous exhibitors using the allure of celebrity figures, drew the attention of the visiting public; all eager to meet sporting legends such as Paul O’Connell, John “The Bull” Hayes, Alan Quinlan, Lar Corbett, Joe Canning, Pádraic Maher, Anthony Daly, Darren O’Neill and Mark Rohan, to name a few.

Speaking at the close of day one, Anna May McHugh said: “The weather over the past few weeks has resulted in excellent ground conditions under foot, making it very pleasant for both exhibitor and visitor alike. However, the dry conditions have made it slightly more difficult for competitors from a ploughing perspective. This is something they will have to accommodate for over the coming days”.

Referring to the large attendance numbers, Ms McHugh continued “We are delighted with the increased visitor number reported today. This is partially due to the staging of the event in a central location, fair weather and a well organised traffic management plan put in place by An Garda Síochána”.

The Ploughing Results Day One are available here.

A slideshow of all the action