Man (29) charged in connection with murder of agri-machinery fan

Gardai investigating the death of William Lynch, widely-known for his passion of agricultural machinery, have charged a 29-year-old man in connection with the murder.

He will appear before Newcastle West District Court, Co. Limerick, at 10:30am tomorrow morning, January 2.

The murder investigation was launched after a body was found in a house in the village of Pallaskenry, Co. Limerick, on Saturday, December 30.

Gardai were called to the scene shortly before 5:00pm on Saturday and discovered the body of a male; the area was immediately sealed off for a technical examination.

Tributes for William – who ran a popular Facebook page, dedicated to agricultural machinery – have been pouring in on social media.

He set up and ran Lynch Agri Vids and Pics Page, which has amassed in excess of 3,700 fans on the popular social media site.

A statement from An Garda Siochana confirms that the murder investigation was launched yesterday (Sunday, December 31), after the conclusion of a post-mortem examination.

A 29-year-old man arrested in connection with this investigation remains in custody, according to the statement which was released yesterday evening.

He is being detained at Newcastle West Garda Station under the provisions of section four of the Criminal Justice Act 1984 as amended.

A renewed appeal for witnesses or anyone with information has been made by Gardai. People are asked to contact the incident room at Newcastle West Garda station on: 061-393102, the Garda confidential line on: 1800-666-111 or any Garda station. 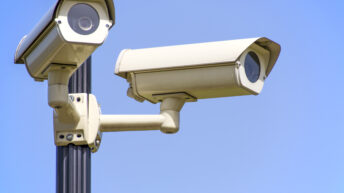 What security options are available to protect your farm?