Mueller is an American-Dutch owned manufacturer of milk storage and cooling equipment and Irish farmers have been impressed with the quality and efficiency the equipment has to offer.

The company’s main focus is on delivering quality and efficiency to each farmer who purchases a Mueller Milk Tank.

We do not manufacture other dairy equipment such as milking parlours. This enables our company to concentrate and prioritise solely on milk storage and cooling.

“Mueller draws on this experience and knowledge to achieve cooling efficiency and economical washing that we can provide to our farmers,” he said.

Tried and Tested on Irish farms 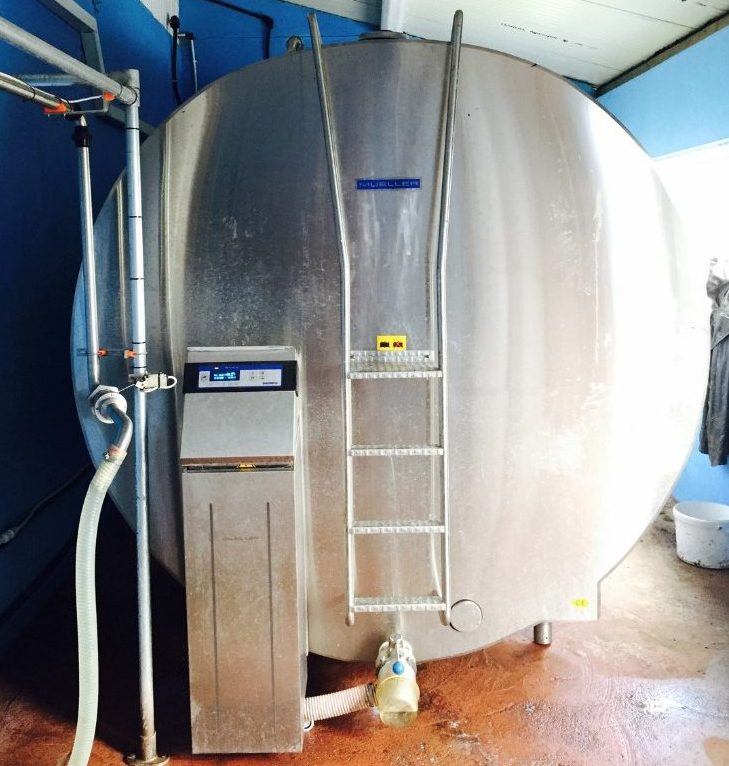 Mueller Milk Tanks and silos have been tried and tested on Irish farms.

Since installing Mueller Milk Tanks on their farms, a number of Irish farmers have been impressed with the quality of the equipment.

Farmers have been notably happy with the low running costs of Mueller Milk Tanks, along with the quality of their milk as a result of storing it in one of the company’s milk tanks.

Farmers have stressed that they would have no hesitation in buying a Mueller Milk Tank again, as many were impressed by the cost effectiveness and reliability of the equipment.

A number of dairy farmers have also been impressed with the speed of cooling Mueller Milk Tanks offer, which is achieved from the Mueller HiPerForm system.

To see how Mueller Milk Tanks have performed on other Irish dairy farms, click here.

Farmers guaranteed to be satisfied

Kingston Refrigeration is the main Mueller dealer in Ireland and through its team of service engineers and Mueller approved service engineers, it can guarantee that any farmer will be satisfied with the after sales service it offers.

Kingston Refrigeration prides itself on after sales service and it does not count an installation of a new or second-hand tank complete until the farmer is fully satisfied.

A selection of Kingston Refrigeration’s installations of silos and horizontal milk tanks can be seen here. 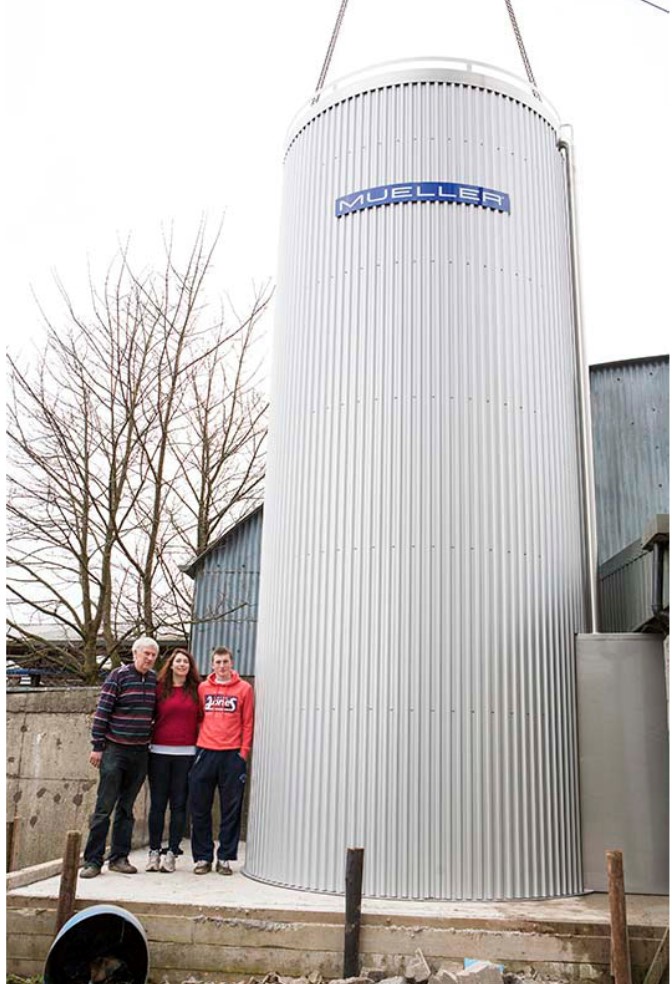 A 35,000L Mueller Milk Silo installed on a farm in Co. Wexford

From Japan to Uganda and Saudi Arabia to Ireland, Mueller is one of the world leaders in milk storage and cooling in jobs both big and small. 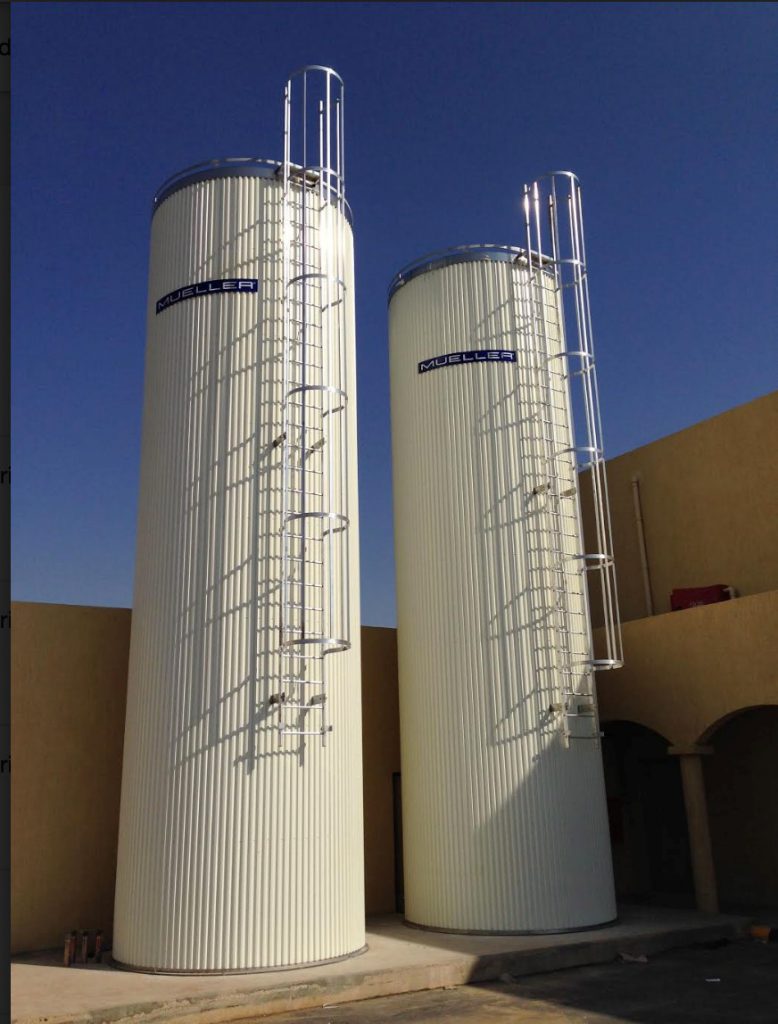 The farm covers 3,500ha, has a herd of 37,000 Holstein cattle, and is the supplier of high-quality milk to Al Safi Danone.

These Milk tanks are cladded rather than having a stainless steel outer skin as to withstand the ambient heat as temperatures can reach up to 50 degrees Celsius. 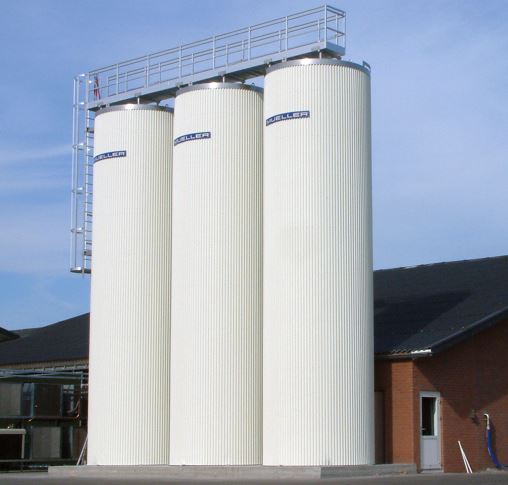 Three 55,000L Mueller Silos were also installed on a farm in Germany

Eight 30,000L Mueller Milk Tanks have also been installed on the Tulare Farm in California. Tulare farm produces 90,000,000 litres of milk a year, which is cooled by Mueller Hi-PerForm coolers. 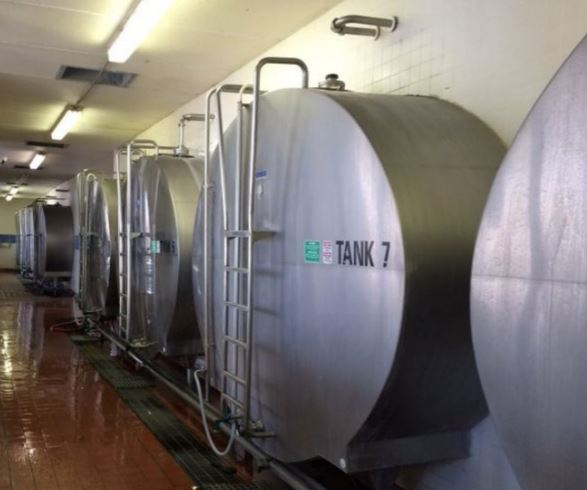 Eight 30,000L Mueller Milk Tanks have also been installed on the Tulare Farm in California.

Kingston Refrigeration Service Engineers have a minimum of twenty years’ experience in milk tank refrigeration not only in Mueller milk tanks but on all other makes.

From its bases in Dunmanway, West Cork and Freemount, North Cork, the company offers a comprehensive 365 day back up service in Cork and Limerick. 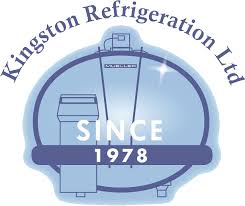