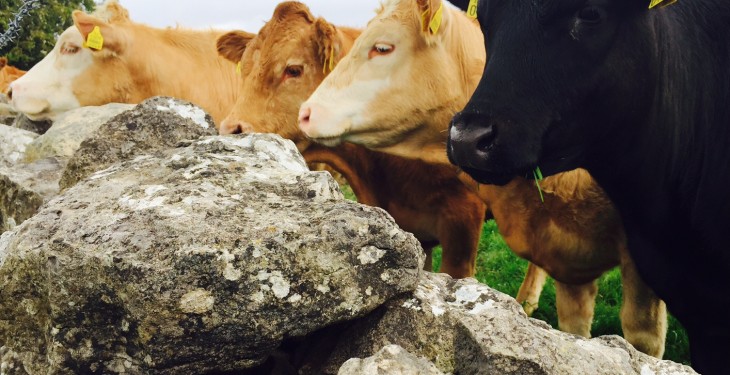 A district court judge relocated his court sitting to a mucky field in south Galway in a bid to resolve an ongoing dispute between two neighbouring farmers over the construction of a wall.

Judge Patrick Durcan left his judicial garb behind and put on a pair of borrowed Garda-issue ‘wellies’ after Gardai told him that he wouldn’t be able to access the field without wellingtons.

Judge Durcan said that he would preside over what he called “a special sitting of Cahermore District Court near Kinvara” in the mucky field in the townland of Cahermore.

At Gort District Court, Judge Durcan compared the row between one-time friends, Brian Gill (37) of Cahermore, Kinvara and Brian Murphy (38) to the ongoing row over the ‘Trump Wall’ in the US.

He said: “We have someone else in the world, Mr. Trump, who is dividing our world in a huge way and who has stopped government operating in the biggest democracy in the world – all over a wall – and we now have this Great Wall of Cahermore that I’m sure is dividing a village.”

Accompanied by four Gardai, a court registrar, solicitors for the two farmers and the farmers themselves, Judge Durcan made the 10-mile journey from Gort court to the farmland at Cahermore where the judge heard submissions from each side in the shadow of the 5ft stone wall before ruling on what happens next in the dispute.

However, the trip to the lands didn’t stop two the two farmers bickering in front of Judge Durcan as their bitter row continued.

Last year, Judge Durcan warned Gill that he faced jail if he didn’t finish his part of the wall and both farmers have completed their part of the 3km-long wall dividing their lands.

According to solicitor for Murphy, Olivia Lynch, Gill’s work in completing the wall had damaged Murphy’s lands as significant bushes, trees and stones were thrown out on Murphy’s lands when there was no need to do that.

Lynch told the district court that leaving aside the damage to Murphy’s lands, Murphy now runs the risk of having his Basic Payment Scheme payment reduced because of the damage.

Solicitor for Gill, Colm MacEoin, said that on Tuesday of this week, Gill went in with a digger to clear debris from the Murphy lands arising from the construction of the wall.

MacEoin said that he received a phone-call from Lynch on Tuesday for Gill to remove the digger as it was churning up the field in the wet conditions and Gill complied.

The debris on the Murphy lands remains to be cleared up and at the wall, Gill told Judge Durcan “no matter what day I will say I will go on in, there is going to be a problem”.

In response, Murphy said: “No problem Brian – if you go in on the right weather.”

In reply, Gill said: “I will have to ring the Gardai to tell them I will be going on the lands like I did Monday evening.”

Murphy said: “No one contacted me.”

In reply, Gill said: “That is not my problem. No matter what I do it is going to be wrong.”

Earlier Gill told the court: “This is going on all year and I am sick of it.”

Earlier, as the party walked the land making its way towards the wall, a garda became alarmed when seeing the two farmers walking side-by-side and told the two: “Stay away from each other.”

Addressing the farmers at the wall, Judge Durcan told them to stop talking and he said: “This has to be cleared up and so ye can get on with your lives.

“We are nearly at the end of the road on this one and there has to be a deal done and both of ye have to move a little bit.”

Judge Durcan remarked that both men “are sitting on valuable farms”.

MacEoin said: “Both parties have spent a huge amount on this and this has put financial pressure on both parties.”

At a previous court sitting, MacEoin said that there was ‘bad blood” between the two men.

Judge Durcan said that Gill has responsibility to remove the debris from the Murphy lands and this must be done when weather conditions allow and that he is not bringing his digger “into a swamp”.

On the costs involved, Judge Durcan said: “If it costs a million euro or a tenner, that is Mr. Gill’s business.”

Judge Durcan said that the offer of two bags of grass seeds by Gill to re-seed the lands affected is a reasonable one.

Judge Durcan said that he was very glad that he has come out to view the scene.

Gill made the undertaking to complete the wall arising from the state charging him with the assault of his neighbour, Brian Murphy, on November 22, 2016.

The court was told that Murphy alleged that Brian Gill shouted abuse at him on November 24, and shouted at him “come over here, you f**kin’ tinker”.

Judge Durcan said that there would no conviction from the public order case if the wall was complete.

At the wall, Judge Durcan said that he would allow the two solicitors from each side to decide when was the best time for the digger go on the Murphy lands to clear the debris.

Judge Durcan said that he would adjourn the case to February 28 to Gort District Court and he said: “I want to see action.” 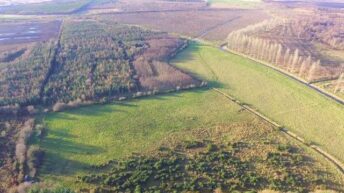 Land holding available in lots in the ‘King’s County’