Milking on a grazing platform of 16.5ha, Cormac’s enterprise is heavily stocked at nearly five cows per hectare. Grass is the primary driver of production on the farm and cows are turned out in mid-February; approximately 14t/ha of grass was grown in 2017.

Given the nature of the herd, milk solids production is excellent. Last year, 2,450kg of milk solids per hectare (512kg/cow) were delivered to the creamery. 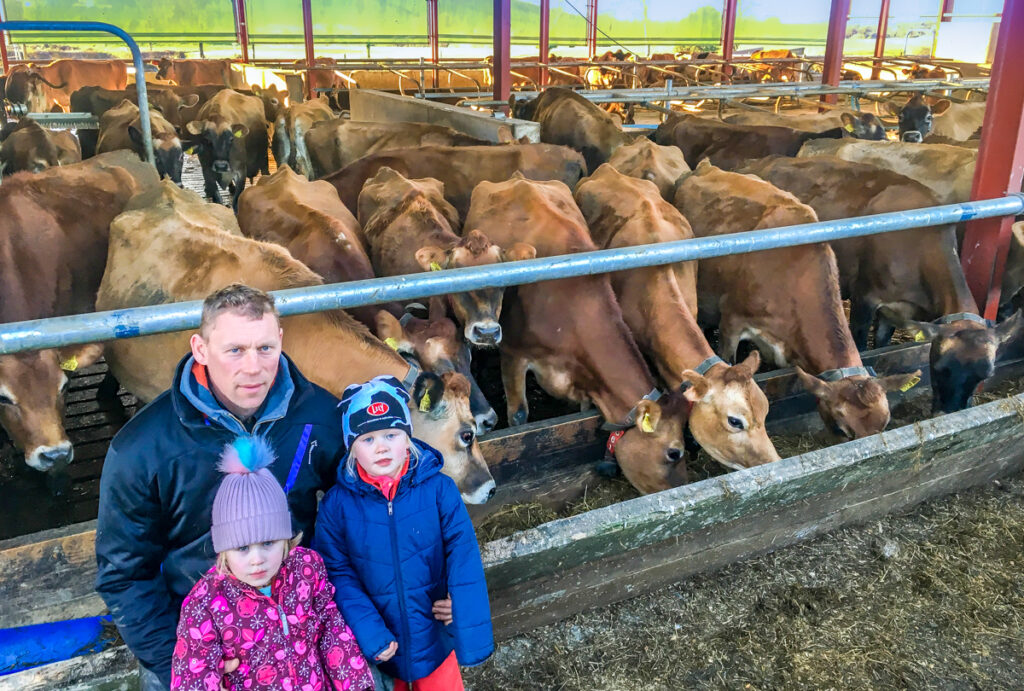 Prior to installing a Lely Astronaut milking system, Cormac was milking 80 cows in a six-unit herringbone parlour; a Lely robot was installed on the farm in August 2016.

On training the cows to the robot, Cormac explained: “It didn’t take much time at all due to the nosy and inquisitive nature of Jerseys.

They all adapted to the new milking robot in three-to-four days and we had no hardship at all.

Cormac admitted that the old facilities were inadequate and, as winter housing wasn’t up to scratch, he decided to construct a new shed to hold both the cows and the milking robot. This new build was designed and planned by Lely Mullingar’s in-house yard designer. 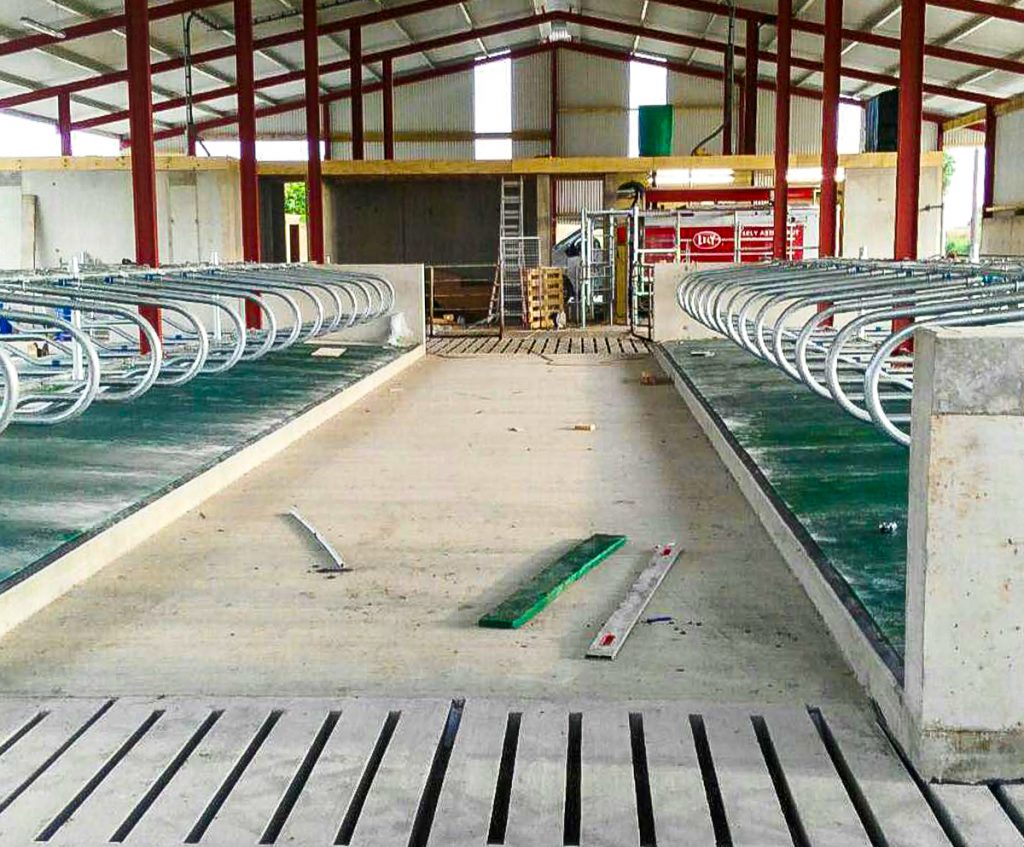 The grazing infrastructure on the farm was also designed by Lely Mullingar’s robotic grazing specialist. On this, Cormac said: “We are operating an ABC grazing system, where cows are offered grass automatically every eight hours. To be fair, it took approximately three-to-four months to get the cows fully trained on grazing.”

Aiming for 600kg of milk solids

After working away from the farm for a number of years, Cormac returned home to take over a dairy enterprise of 35 Holstein Friesian cows. In the early years of his dairy farming career, he grew the herd to 80 cows.

Cormac previously milked a herd of Holstein Friesian cows. However, on hearing of the possibility of generating a milk price of 50c/L with a pedigree Jersey herd, he decided to move away from ‘black and white genetics’. In 2011, Cormac purchased the first of his Jersey heifers and the herd has now grown to 80 cows.

“I am very happy with the change of breed; after initially starting with the Jersey heifers and the existing Holstein Friesian cows, I felt Jersey cows were the way to go.

Last year, Cormac sold 512kg of milk solids from each cow in the herd. This was achieved on a concentrate input of 1.3t/cow (across both autumn and spring-calving cows).

By spring 2019, he hopes to have all of the herd calving during the spring. This could potentially bring down the quantity of concentrates used per cow.

“It’s still a relatively young herd and I’d be very happy with the performance; 30% of the herd are first-lactation animals.

Producing 600kg of milk solids per cow is my target and, once the herd matures, I’d say it will be achieved.

At the moment, the cows are being milked 2.5 times per day. This has changed from 1.9 times per day during the spring/summer months.

Cormac added: “I am very happy with the performance of the Lely robot and how it operates.

“I live approximately five minutes away and I have full visibility on the herd via the T4C computer package; it allows me to see everything that’s going on without being there.

“Outside of the three scheduled services carried out by the Lely Centre Mullingar (every 20,000 milkings), I have not had a breakdown or call out at all; the machine is very reliable,” he added.

Cormac continued: “The main reason I purchased the robot was to have the freedom and flexibility to come and go as I please.

I am married with a young family of three kids, so I can’t be away farming all the time. I definitely still wouldn’t be still playing competitive club football at 38 years-of-age if I was still in the parlour.

“At the end of the day, if I had installed a herringbone parlour, I still would have been in the pit milking cows – morning and evening – seven days a week.” 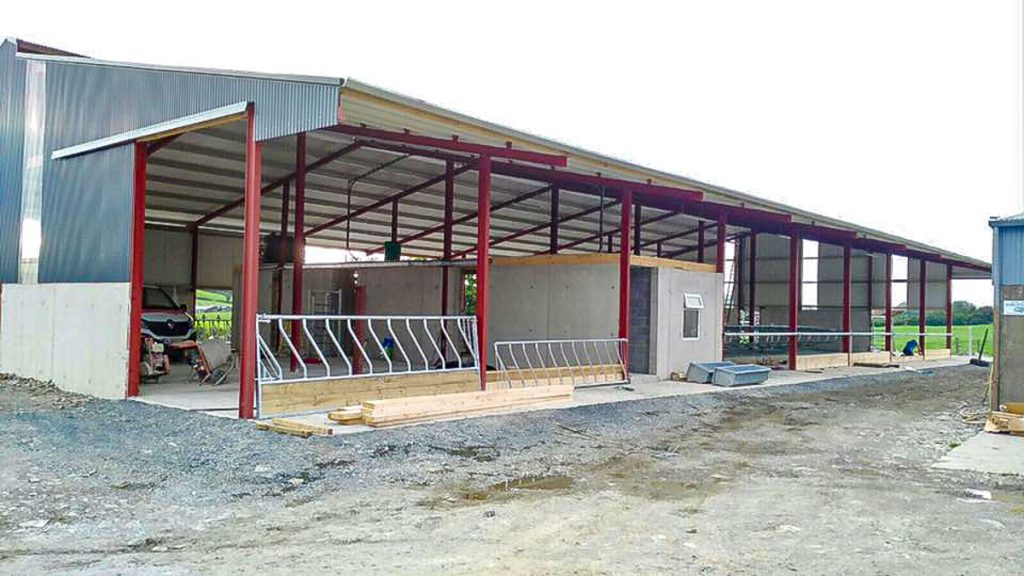 Cormac will open the gates of his farm to other farmers who are interested in robotic milking in the coming days. The open day is being organised by the Lely Centre Mullingar and Ulster Bank.

Ulster Bank’s Ailish Byrne commented on the upcoming open day, adding: “It’s great to be involved with the open day and to see a young farmer like Cormac adapt and grow his business.

We are very proud to be involved in the open day and to support farmers. Ulster Bank is very active in the agricultural sector and has a number of products to suit farmers’ needs.

“To support dairy farmers looking to expand, we offer a dairy farm expansion loan. This comes with an initial two-year, interest-only option, which supports farmers who need to invest in their business today – with the understanding that their farms may not reach optimum productivity starting out.”

She also spoke about the pasture loan – a five-year loan – which can be used to make soil fertility and grazing infrastructure improvements, without having a negative impact on cashflow.

For more information on the services offered by Ulster Bank, contact its agri team at: [email protected].

Cormac Quinn will host an open day on his farm at Drumacon, Castleblaney, Co. Monaghan, on Tuesday, January 16. Along with viewing Cormac’s enterprise, there will also be an opportunity on the day to learn more about the TAMS grants – of between €32,000 and €96,000 – that are available for investments in robotic milking.

The open day will run from 12:00pm to 16:00pm. The farm will be signposted from the N53 – the main Dundalk to Castleblaney Road. Directions to the farm can be accessed by using the following Eircode: A75VY18.