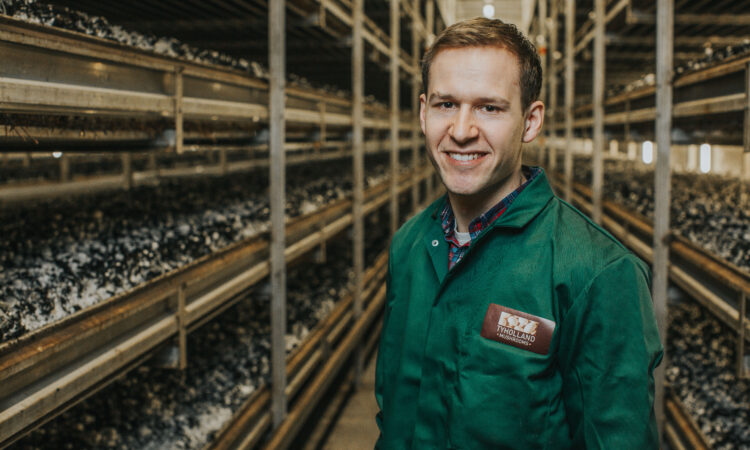 A Monaghan-based mushroom farm manager has been named one of the top young farmers in a Balmoral awards ceremony seeking out the province’s most innovative future leaders in the industry.

Andrew Shanks, who is the farm manager of Tyholland Mushrooms in Co. Monaghan, scooped the Young Producer Award.

The award champions innovative individuals whose technical ability or business aptitude promises to make a positive impact on their sector.

At Tyholland Mushrooms,160 staff work to grow, pack and deliver mushrooms that are supplied to M&S through Monaghan Mushrooms.

After leaving university and joining Monaghan Mushrooms as a graduate trainee, Andrew became farm manager at Tyholland in 2012. He has worked on improving the site’s efficiency and performance.

One of the most significant projects that Andrew has implemented has been one to help avoid inconsistencies in the weight of packed mushroom punnets.

“Working in conjunction with Monaghan’s continuous improvement department, we rolled out a series of trials on the farm,” said Andrew.

These trials identified that inconsistencies in punnet weight were often due to mistakes by pickers who weren’t accurately weighing the mushroom punnets they were filling.

“In response, I introduced extra training to help improve weighing accuracy and thanks to this, and other changes we implemented, the number of overweight punnets produced at Tyholland has reduced from 9% to 4%, and underweight punnets from 3% to less than 1%.”

By sourcing alternative recycling options, since 2013 he has also been able to reduce the amount of waste the site sends to landfill by 50%.

Andrew also oversees the training and development of graduate students, as well as welcoming visits from school and college students who are looking to learn more about the food sector.

The Co. Armagh farmer scooped runner-up in the Prince’s Countryside Fund category recognising producers in the food chain who are going the extra mile to support local communities.

Building resilience into his business has been a key focus for John, who manages a 110-strong Aberdeen Angus suckler herd.

Despite running a busy farm, he still finds the time to share his experience and knowledge with other producers and has mentored many young beef farmers from across Northern Ireland, to help them improve the resilience of their own businesses. 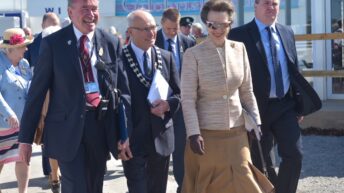