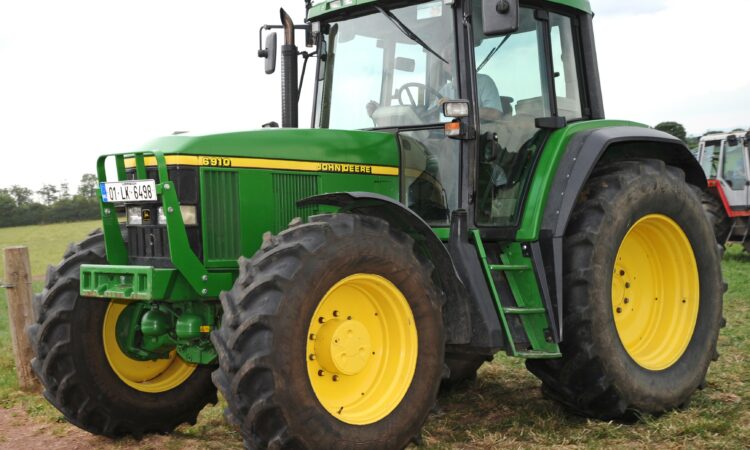 One of the great advantages of tractor runs is that they are inclusive of all machines.

Owners of vintage, classic and contemporary vehicles can all take part and contribute towards the selected charity. In that way, they draw a bigger turnout and, hopefully, raise a larger sum.

One of the great disadvantages is that they can cause hold-ups on the roads, especially at busy times of the day. In any case, tractors are designed for the fields rather than tarmac.

The Greybridge Classic Club of Co. Limerick recently held an event that provides a solution to this conundrum – a tractor run that goes cross-country rather than along the public roads.

Starting from just outside of Croom, the run headed off along tracks and across local farms. A wide and varied selection of tractors and 4X4s took part.

The first stop was at Tullovin Castle for a group photo before heading off again, eventually to finish at Dempsey’s pub (Meanus) where a barbecue awaited.

Notable among the tractors was a very well preserved John Deere 6910 (featured /main picture). It belongs to Jim Fitzgerald.

The 6910 is highly regarded among John Deere enthusiasts – both as a practical working machine and a collectible item (a modern classic, in other words).

John Deere hasn’t got a monopoly on desirable ’10’ series tractors though. A Ford 7710 (still in good working order, despite being 33 years of age) was also present. It’s pictured below. At 97hp it’s still a handy tractor to have around the farm. 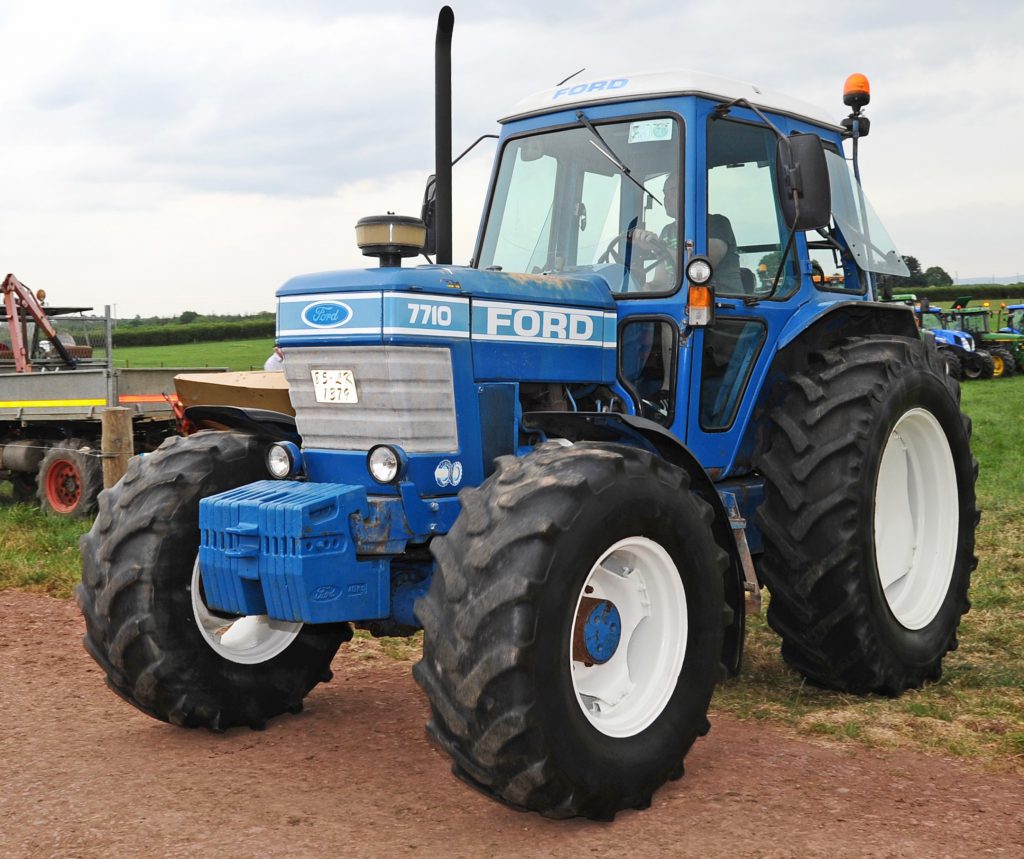 At 145hp, the Renault Ares 715RZ (pictured below) was a bigger beast. Harking back to the early 2000s, this was just before the launch of Claas-branded (Renault) tractors. 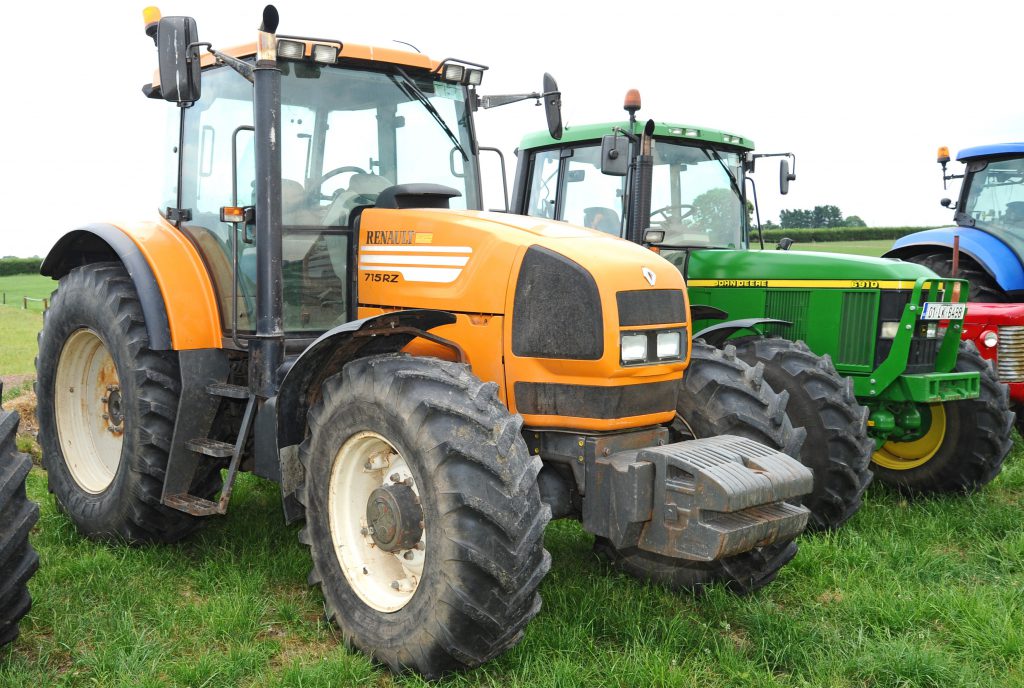 2003 was the year when the German manufacturer swooped in – ushering in a colour change from orange to light green (along with red wheel rims).

Crossing the divide between a tractor and an off-roader was a Unimog 412 (pictured below). It belongs to John McCarthy. Originally used by the Belgian Forestry Service, it is now a regular sight at local rallies and runs. 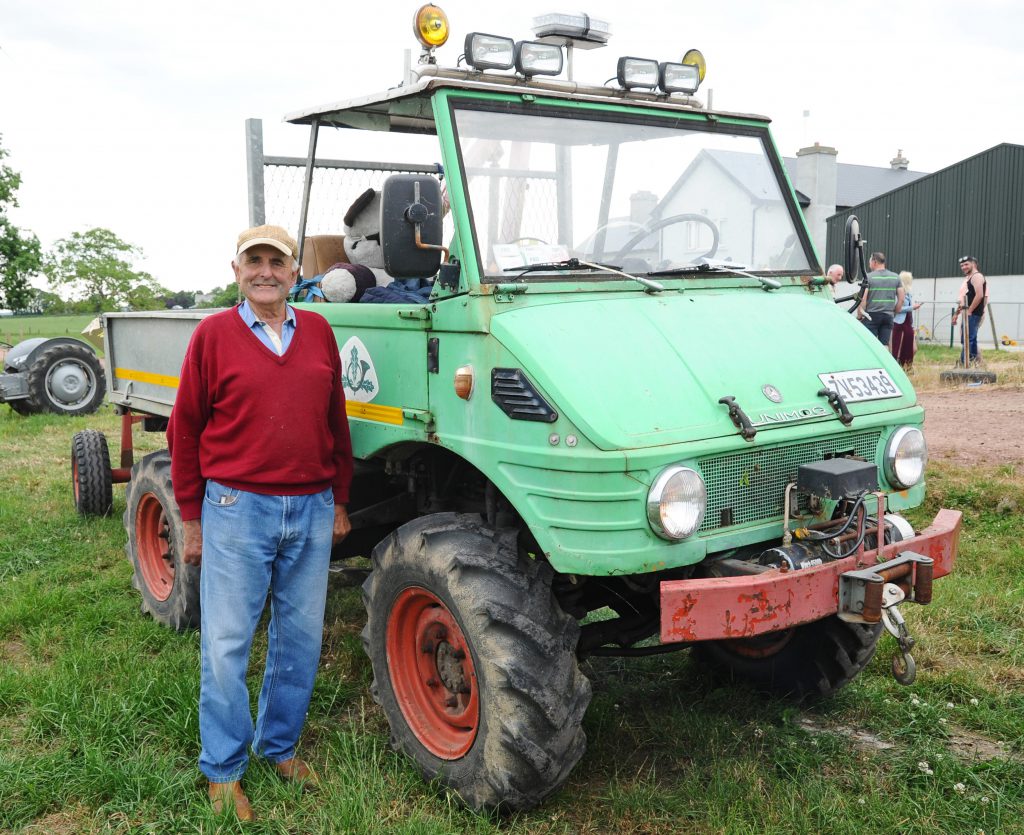 Altogether, €1,000 was collected for the three charities concerned, which were the Limerick branches of the Parkinson’s Disease and Multiple Sclerosis societies and Cliona’s Foundation, which supports children with terminal illnesses.

Below, for your viewing pleasure, is a further selection of pictures from the sun-glazed event. 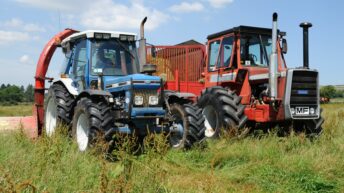