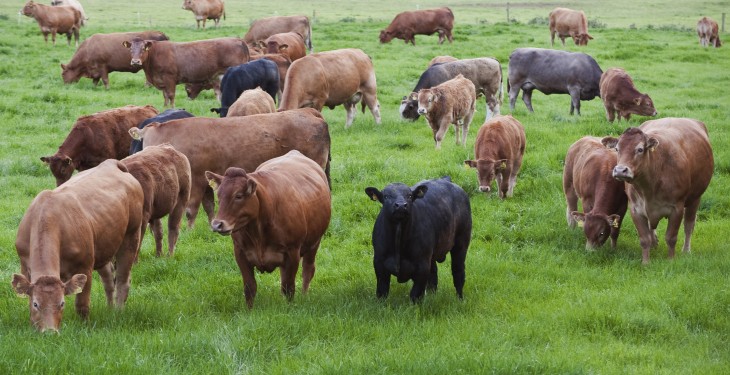 The Minister for Agriculture, Simon Coveney has said that he wont be cutting herd sizes in order to meet greenhouse gas emission targets.

His comments in the Dail this week come in the wake of a European report which suggested a 33% cut to the Irish suckler herd, as well as 5% cut to the country’s dairy sector, to comply with the 2020 targets for greenhouse gas emissions.

However, the Minister said that some sectors have more capacity than others to reduce emissions.

“It is true that other sectors will have to do more than 20%, because I believe agriculture does not have the capacity to achieve those numbers,” he said.

That said, Minister Coveney did say agriculture will play its part, and he is determined that it will.

“The targets I am setting for agriculture are related to the emissions intensity of what we do.”

“If Ireland is producing milk at the lowest carbon footprint in the world relative to other countries, does it make sense, in terms of a global climate change challenge, for the country that is doing the best job in producing milk at a low emissions intensity to reduce its herd size and produce less to allow other countries, that are producing at a higher emissions intensity, to produce more?”

Markets are going to demand more anyway, he said.

“The point we have been making at European level, both throughout the CAP process and since then, is that we must combine the joint challenges of a responsible approach towards climate change in terms of mitigation and adaptation to climate change challenges while at the same time responding to global food security issues.”

The Minister said he hopes Ireland will set the global benchmark for how to produce food at a low emissions intensity.

“We will use science, innovation, breeding and grazing programmes, feed conversion efficiency management and all the other elements we are applying on Irish farms. In addition, we will audit and measure the performance on our farms.

“Anyone who suggests that I, the Government and Ireland are not taking emissions from the agricultural sector seriously does not understand what we are doing.

“What I will not do is reduce herd size, when we have a good emissions record, to facilitate blunt targets that only apply to Ireland,” he said.