The Minister for Agriculture, Michael Creed will lead a delegation of 30 Irish agri-food companies to Asia on a week-long trade mission, which commences this weekend.

As part of the trade mission, the delegation will visit four Asian countries including China, Singapore, Vietnam and Korea over the next eight days.

Minister for State at the Department of Agriculture, Andrew Doyle will kick off the trade mission to Vietnam on Saturday followed by a visit to Korea, while, Minister Creed will depart on Monday to lead the visits to China and Singapore.

During the trip to China, Minster Creed will co-host the “China-Ireland Global Food Partners” event in Beijing, which will focus on further increasing Ireland’s profile as an exporter of sustainably produced premium food, the Department of Agriculture has said.

As part of the trip, Minister Creed will also officially open the new Bord Bia office in Singapore. This new office will double Bord Bia’s presence in Asia by adding to its existing office in Shanghai.

According to the Department of Agriculture, a key element of the first every Irish agri-food trade mission to Vietnam will be to further raise awareness of Ireland in this growing market.

While, Minister Doyle will also lead the delegation to Korea to discuss areas for deeper collaboration between both countries in terms of the potential for new opportunities for Irish agri-food companies.

The key focus of the trade mission will be:
Advertisement

Speaking prior to his departure for China, Minister Creed said Asia offers enormous potential for the Irish food and drink industry to reach the targets set out under Foodwise 2025.

Exports to China alone grew by 16% in 2015 maintaining its position as our fifth most important market and our second largest for dairy and pork.

“Diversification of markets is a key goal of this strategy and Asia represents one of our major potential growth areas.

“This is even more important now as we face the uncertainty which the Brexit decision brings for exporters,” he said.

Minister Creed also said that Irish companies have already made significant inroads into these markets, but the potential is there for more.

“We are targeting four key markets this week and I am confident that this mission will enhance Ireland’s reputation and make a significant contribution to developing the footprint of Irish companies in that part of the world,” he said. 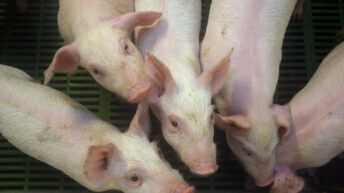 Chinese beef and veal imports continue to grow this year