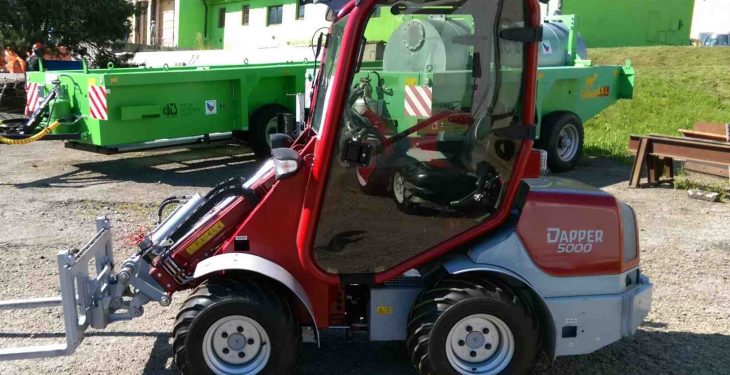 There is growing interest in miniature wheeled loading shovels, as farmers seek costs-effective and flexible options for feeding, clearing out sheds and general yard work.

Alongside the likes of Weidemann, Giant and Blaney, there is yet another to consider – namely Dapper. 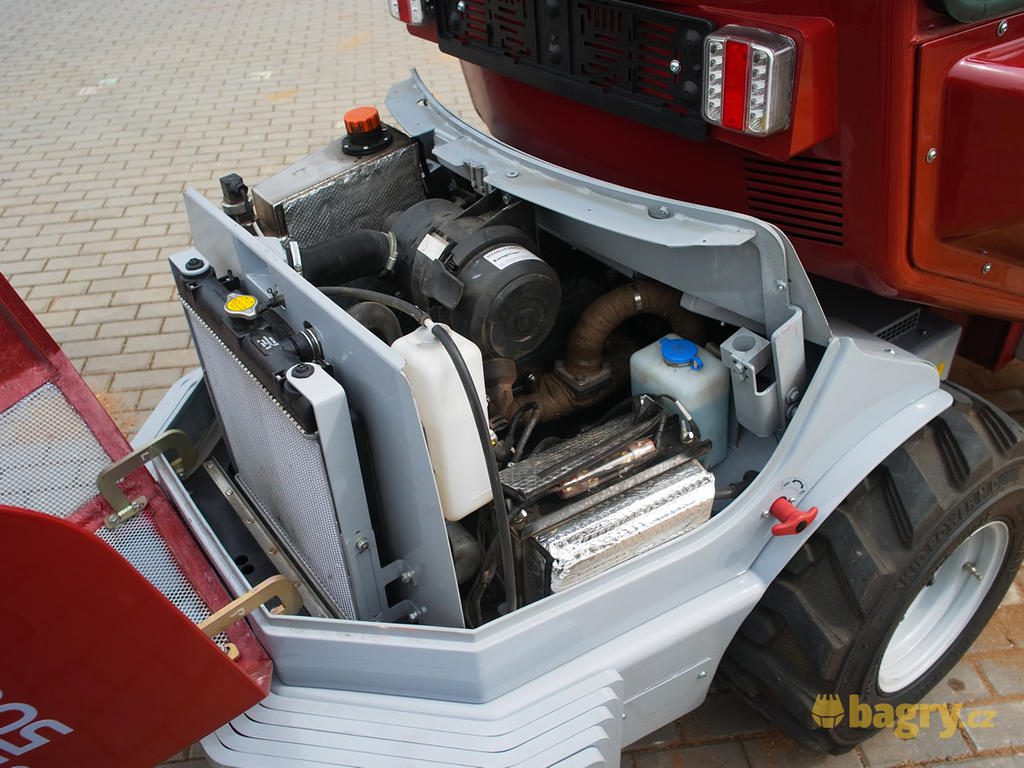 The 36hp Kubota 4-cylinder 1505 engine is mated to a Poclain hydrostatic drive system. Top travel speed is 17kph. Hydraulic output tops out at a creditable 70L/min (200 bar) – no mean feat for a machine of this dimunitive size. 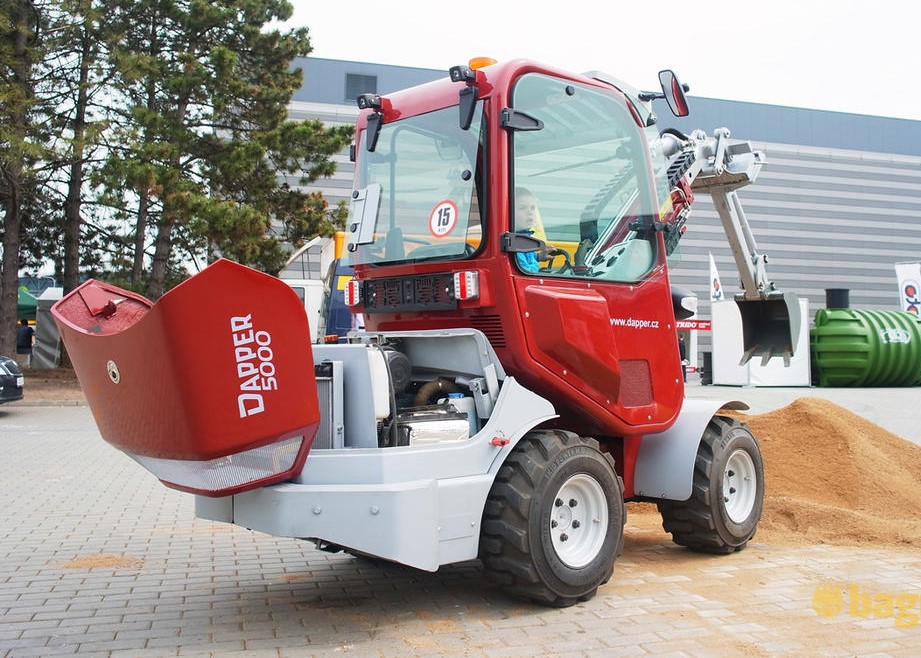 The UK agent is Welmac, which is based in Lincolnshire. We are not aware of an Irish distributor – as yet.

According to Dapper, the 5000 is a “multi-functional loader and tool carrier”. It says that its key selling point is its articulated steering which, unlike a skid-steer loader, makes it “easy to control in rough terrain”. 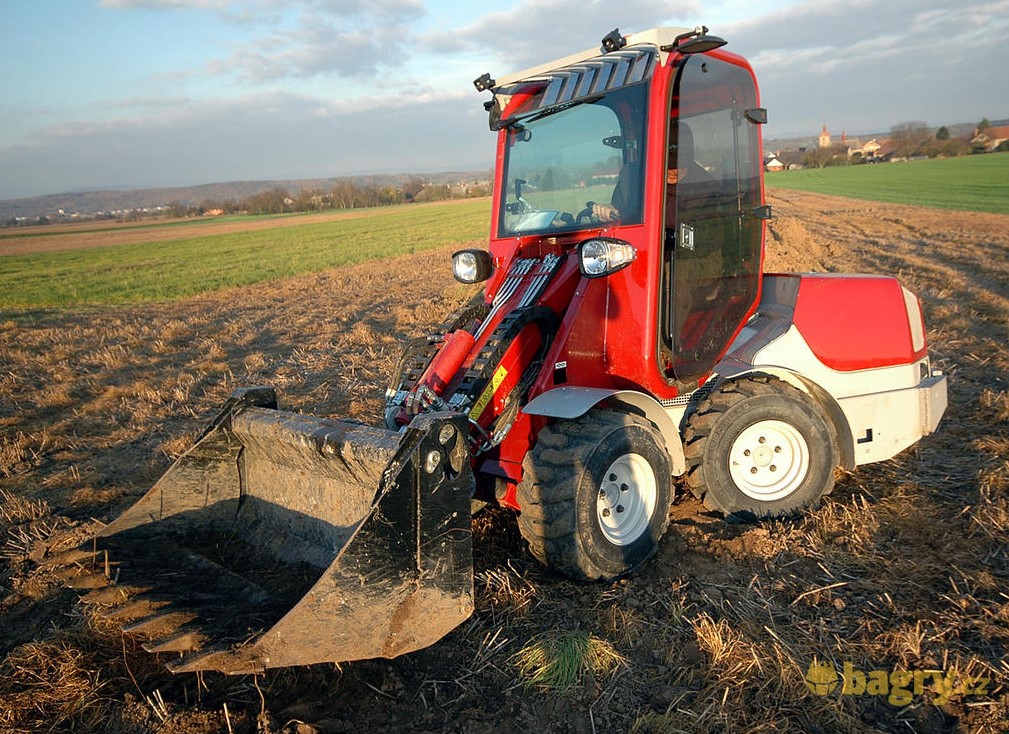 The firm also says that this results in less tyre wear and, ultimately, less damage to the surface on which the machine is travelling – whether concrete or grass. 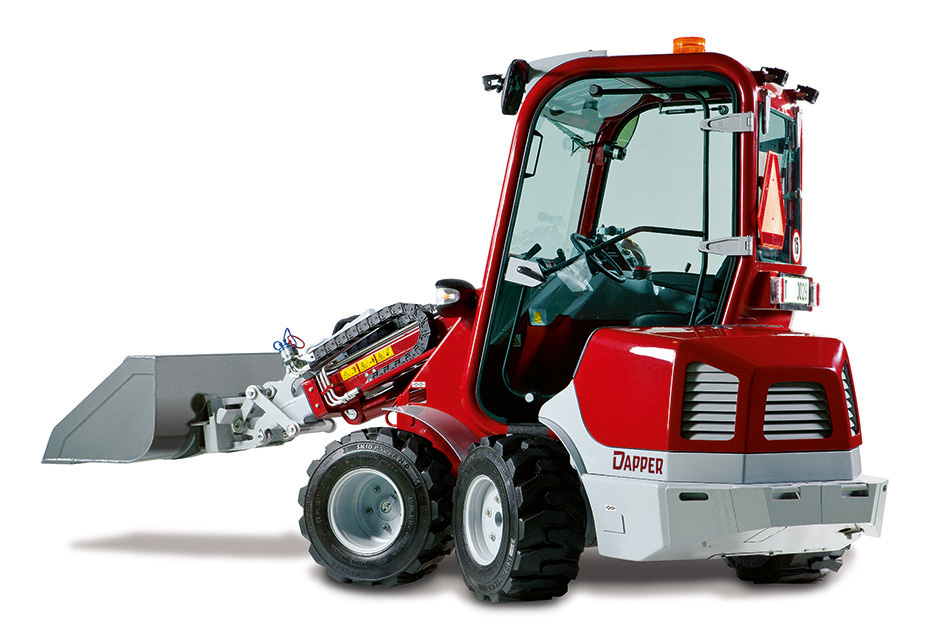 Also unlike a skid-steer loader of comparable size, says the company, the 5000 doesn’t need to be revved up all the time – thus saving some fuel over the course of a working week.

But who or what is Dapper? The entity is part of the larger VOP CZ company – a Czech firm that is best known for the engineering, development and production of military equipment. It makes armoured cars, trucks and even battle tanks.

Interestingly, the business started just after the second world war, repairing equipment of German, British and American origin. It later embarked on the repair of Soviet-made military hardware, including main battle tanks, self-propelled guns and artillery. 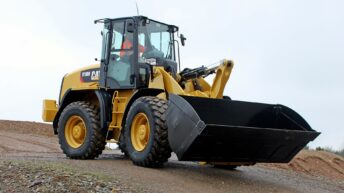 Could this ‘compact’ shovel be kitted out to tackle any silage pit?