Mild weather to remain this week 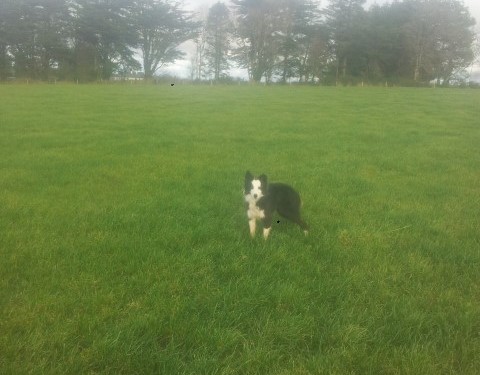 The unseasonably dry weather is to continue this week. Today Tuesday the average national temperatures are expected to be 13 degrees. This compares to highest temperatures of six degrees recorded for the same day last year.

The mild weather this December so far is also in stark contrast to the extremely cold spring of 2013. Temperatures for the first week of spring rose no higher than eight degrees.

The good news is the weather is set to remain mild for most of the coming week. According to Met Eireann, today will be a dry day in many places, however a few outbreaks of light rain or drizzle will occur in the west and south.

Tomorrow will be a similar day. Met Eireann says it will be mild, breezy and mainly dry again with a mix of cloud and some sunshine. In the evening, rain will arrive in the southwest. Highest temperatures of 11 or 12 degrees in fresh southerly winds.

Rain in the West on Wednesday evening will spread to all parts on that night. However Met Eireann predicts the rain will be mainly light and patchy and it will stay very mild.

On Thursday the rain is expected to clear slowly giving a mainly dry day. Very mild again with afternoon temperatures between 11 and 14 degrees. Thursday night will be quite mild as well.

According to Met Eireann, it will turn cooler on Friday. It says outbreaks of rain will occur widely and may be persistent across south and southwest counties. It looks like Friday night will be a much colder night after several mild nights, with frost in many areas.

At the moment Met Eireann says temperatures will remain around or just above average for the time of year during the weekend. Saturday is expected to be windy with rain in western parts later in the day. Further outbreaks of rain are expected for Sunday, but there will be dry and bright intervals as well.