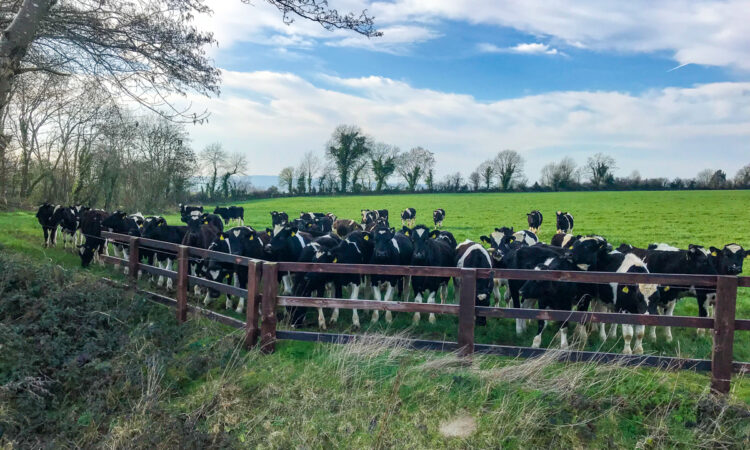 The aim of the Teagasc Green Acres Calf to Beef Programme is to have a net margin of €500/ha excluding all farm subsidies and schemes at the end of the programme.

The second phase of the programme will demonstrate profitable dairy calf-to-beef systems through a network of 14 demonstration farms.

To achieve the above target (€500/ha net margin), the farmers involved will be under the guidance of newly-appointed programme advisors, Seán Cummins and David Argue.

From Co. Wexford, Seán Cummins was appointed to the role of advisor with the Teagasc Green Acres Calf to Beef Programme in November 2018.

Based in Kildalton Agricultural College, Piltown, Co. Kilkenny, Seán will be working with farmers located in the Leinster and Munster catchments to improve the profitability on their farms by focusing on: calf rearing; animal health; grassland management; soil fertility; financial management; and farm planning.

Prior to moving to Teagasc, Seán had been employed as a technical journalist with AgriLand for over three years, where he focused primarily on ruminant and grassland production. During this spell, he witnessed best farming practice at a national and international level.

In terms of education, Seán qualified with a Bachelor of Agricultural Science degree from University College Dublin in 2015, after specialising in animal science.

Over the course of his studies, he completed professional work experience on both the dairy and calf-to-beef units in Teagasc Johnstown Castle, Co. Wexford, and undertook modules in grassland and ruminant production and animal nutrition.

Away from Teagasc, Seán is involved in the running of his family’s suckler and sheep farm in Co. Wexford and has an interest in all things sporting.

In his role as Teagasc Green Acres Calf to Beef Programme advisor, David will be working with farmers located in the northern region of the country, covering Ulster, north Leinster and parts of Connacht.

David will also be focusing on improving the profitability on these farms and paying special attention to: calf rearing; animal health; grassland management; soil fertility; farm finance; and farm planning.

After studying in Ballyhaise Agricultural College and Dundalk Institute of Technology for four years, David graduated with a Bachelor of Science in Sustainable Agriculture in 2015.

From there, David then went on to complete a Master of Science in Animal Behaviour and Welfare in Queen’s University Belfast, where he carried out research alongside the sheep research team in AFBI, Hillsborugh.

Before joining the programme, David was a Teagasc Education Officer in Claremorris, Co. Mayo, and in Ballyhaise Agricultural College. Here, he lectured green certificate, part-time and distance-education students for two years.

David has a wealth of experience working within large-scale farming enterprises. After qualifying, he worked as a livestock manager in Skidoo Stud in Co. Dublin.

On the back of this experience, David was appointed as an assistant farm manager on a large-scale pedigree suckler farm in Aberdeen, Scotland.

His experience working in both Ireland and Scotland – coupled with the experience gained on his own suckler-to-beef and pedigree sheep farm at home – gives David a vast knowledge of animal husbandry and invaluable ‘on-the-ground’ experience.

He is looking forward to working alongside the farmers and aiding them in achieving the most from their farms.

A farmer himself, he sees the impact that small changes can make. 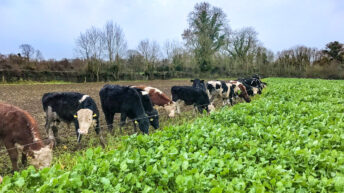 Top of the agenda in Co. Westmeath: Purchasing calves and focusing on grass