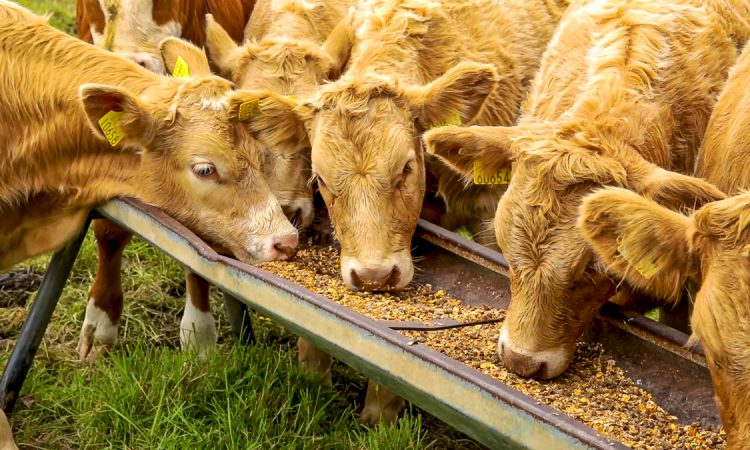 “We’re bringing lots of new capabilities to the trading of finished cattle. We’re doing it cheaper. We’re bringing transparency. We’re saving a lot of time for both parties.

“We’re enhancing the negotiation process for the farmer which results in more value and improved prices. We’re bringing more efficiency on the processor side.”

These are just some of the abilities of the new trading platform, Tradeforus, as told by co-founder and managing director, Michael Broderick, when AgriLand spoke to the Co. Kildare resident earlier this week.

In a nutshell, Tradeforus – which launched this month – enables both farmers and meat processors to buy and sell livestock in a transparent online marketplace.

Michael, who grew up on a traditional Irish farm and is a dairy and food science graduate from University College Cork (UCC), has worked in the agri-food sector for over 30 years.

With a wealth of experience in this division, Michael has also worked in operations and supply chain consultancy, and is mostly motivated by cost reduction, efficiency and – quite simply – better ways of doing things.

While working in the food sector, Michael’s passion for agriculture and farming never strayed, and it was in early 2019 when the wheels of the Tradeforus platform were put in motion.

Telling his story, Michael began: “I had this idea in my head, but when you are working you don’t get time to make things happen; you think about these things for a long time with your hands in your pockets.

“But, in March of last year – before any farmer stood outside any beef processing plant – I would have sent the first email to the design company.

“That journey has taken the bones of 12 months – and with excellent support from the Department of Agriculture, Bord Bia, and involvement from my co-investors, Hilliard Lombard and Dan Pender – we have launched the platform.”

Tradeforus is securely synced with the Department of Agriculture, Food and the Marine’s Animal Identification and Movements (AIM) database.

With AIM profiles uploaded, farmers – either individually or collectively as part of a formal or informal producer group – offer their animals for sale at a set asking price.

On the other side of the transaction, purchasers submit a buying order for a specific animal type of a specific age, breed, conformation, fat score or weight, etc.

Then, an independent trader – either a member of the Tradeforus team or a representative of a producer organisation – connects farmers to purchasers, facilitating a price negotiation and, ultimately, a sale. 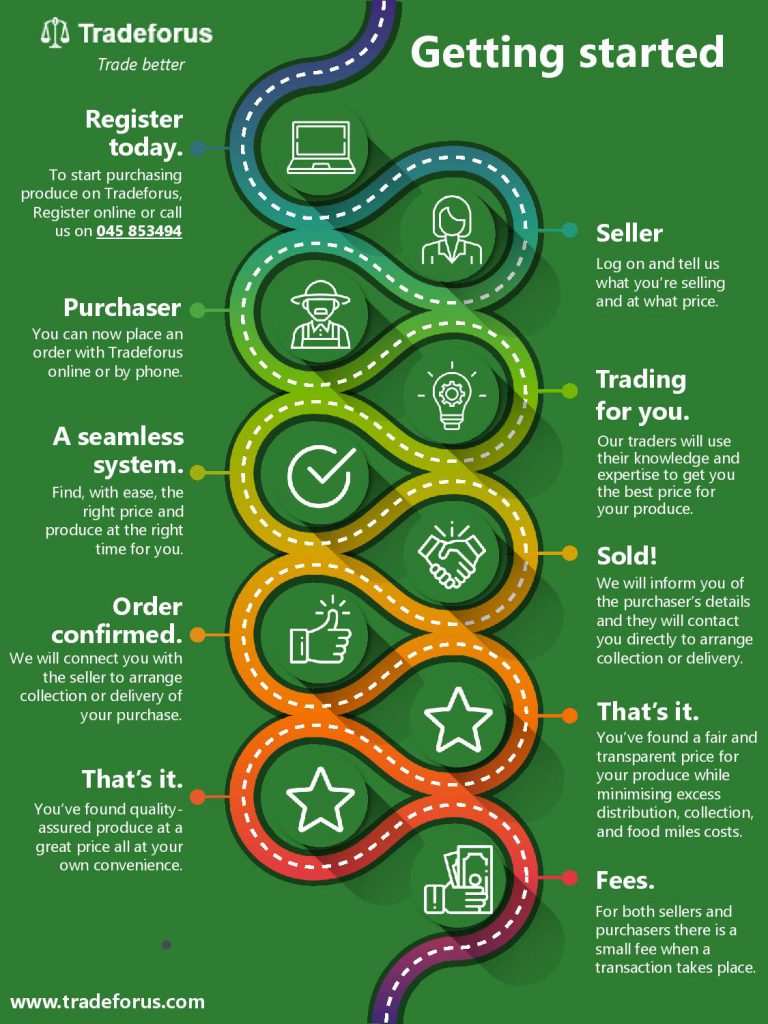 “Once registered, farmers can choose which finished animals they want to sell. They then provide an estimated weight, grade, fat score, etc – and if they want them sold by a particular date,” Michael explained.

“All this information then becomes visible in a central location. We can see internally that we have ‘X’ amount of steers, heifers or cows to sell on any given day.

“We then provide the farmer with access to the market price and that market price is the actual live price of cattle trading on the platform; it’s an up-to-the-minute price.

“This creates a simple and efficient method for the beef processor to find its raw materials. And, they can pack on a better price because it’s a ‘one-stop shop’.”

“A factory places an order for 200 steers with a bid of €3.50/kg, but the farmers want a price of €3.52/kg. Our goal is to deliver the best price for the seller and we will try and close the gap as best we can.

“If we can improve the price paid by only 1c/kg, that represents an additional €6 million/year for Irish beef farmers. If an increase of 5c/kg can be achieved, this amounts to €30 million/year.

“Once the price is agreed [base price], we will communicate with all farmers who have purchased their animals and they can then engage with direct contact.

“We will provide the processor with the owners of the 200 steers it just purchased, including all relevant information; the beef processor can then pass the details to its haulier creating more efficiency.

“It’s all about efficiency, so the processor should be able to pay that little bit more,” he added.

Often, cattle agents act as an intermediary in this supply chain. When farmers sell their cattle directly to processors, via a factory agent, the agent receives an estimated commission of between €5-10/animal.

Additionally, cattle processed in Irish meat plants are sourced by beef-factory reps at livestock marts. In this scenario, the seller and buyer pay a combined commission of up to €40/animal depending on the price that animal achieved.

With the Tradeforus platform, farmers and purchasers bypass these supply chain fees and instead pay a fee of €2.00/animal.

Over the past number of months, we have witnessed many changes in the way in which livestock are traded, mainly driven by the Covid-19 pandemic that made its presence felt from March of this year.

The most notable change was the introduction of online trading platforms in marts the length and breadth of the country. Since their introduction, these platforms have been deemed successful and will, more than likely, play a pivotal role in the trading of livestock going forward.

For Michael, the mart has, and always will have, a role in Ireland and he is confident that both the mart system of trading and Tradeforus can work in tandem.

“Firstly, we’re not targeting marts and I want to stress this point; the marts have a role in the trading of cattle – 100%. That decision – where the buyer wants to see what they are purchasing – is really important.

“And secondly, the mart has a social dimension; however, for finished cattle, I don’t think people realise the price involved.

“Our dimension is different. We offer farmers the opportunity to upload their animals by logging on and registering, and then telling us what and when they want to sell.

“The other side of it is, if you bring your animal to the mart, the price you are going to achieve is a function of who is standing around the ring and how they are behaving.

“We take all of that away and we bring a national dimension to pricing,” he added.

It seems the Tradeforus platform has many additional benefits – for both farmers and beef processors.

Calls for more producer groups have echoed in the Irish beef industry for some time now, with these groups in a position to deliver for Irish farmers.

And while grants are available for the initiation of these producer groups, growing the membership base of individual groups can be challenging.

However, Michael outlines that Tradeforus enables the simple formation of formal or informal producer groups to secure the best possible price for animals which meet purchaser requirements.

“When a farmer is set up on our system, we can tag them to any group. For example, if desired, we can make a group called ‘Laois farmers’. These farmers can sell cattle as part of the group with their own trader if they so wish.

“Their handpicked trader can deal with the sale of their animals. If they don’t want to do that, they can have a nominated Tradeforus trader in our office who will do the trading on their behalf. 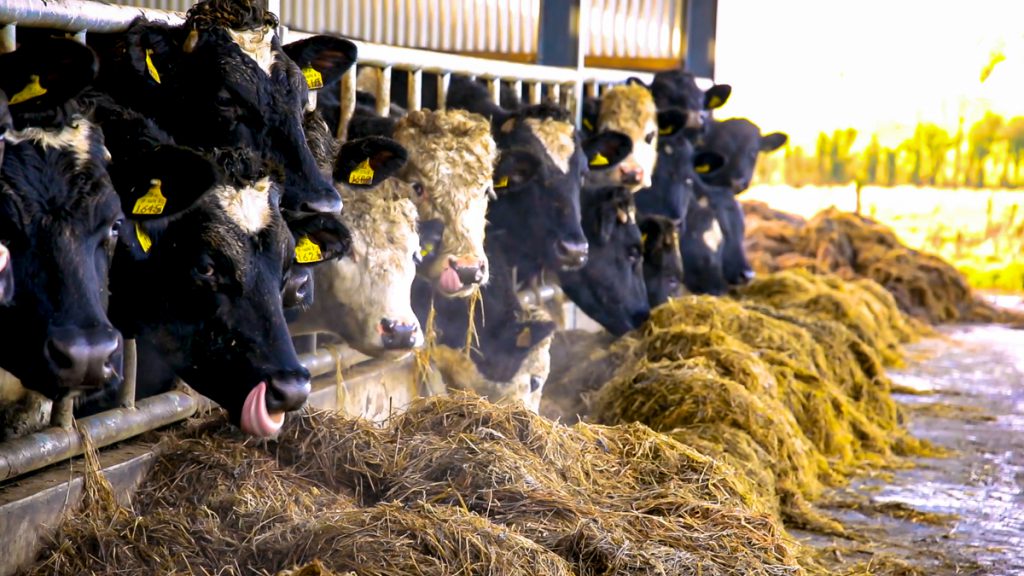 “There is a flexible approach for the whole thing,” he added.

This option can work for a beef plant also, as it too can place orders with specific producer organisations – perhaps in its locality.

“We bring a new way of sourcing cattle. Again, if a processor placed an order for 200 steers, we can pull up the nearest 200 steers that meet the desired criteria.

“With this, there’s an animal welfare, carbon emissions and food miles aspect. And there is also a transport efficiency aspect as well. The collection process will be more streamlined for the factory and haulier,” he added.

“Alternatively, we can group farmers as grass-fed beef producers or they could be grouped in an approved list of farmers to supply a particular retailer outlet; there are endless opportunities.”

Engagement from farmers and industry

While the platform has only been in operation ‘a wet week’, Michael notes that early engagement has been very positive – with both farmers and the wider beef industry, while a pending meeting with Meat Industry Ireland (MII) should lead to some positive development.

Although no trading has taken place just yet, Michael says that some farmer enterprises – both large-scale and those working with smaller operations – are registered on the platform.

“Engagement with the department has been very positive. They see it as a huge help for enabling producer organisations. 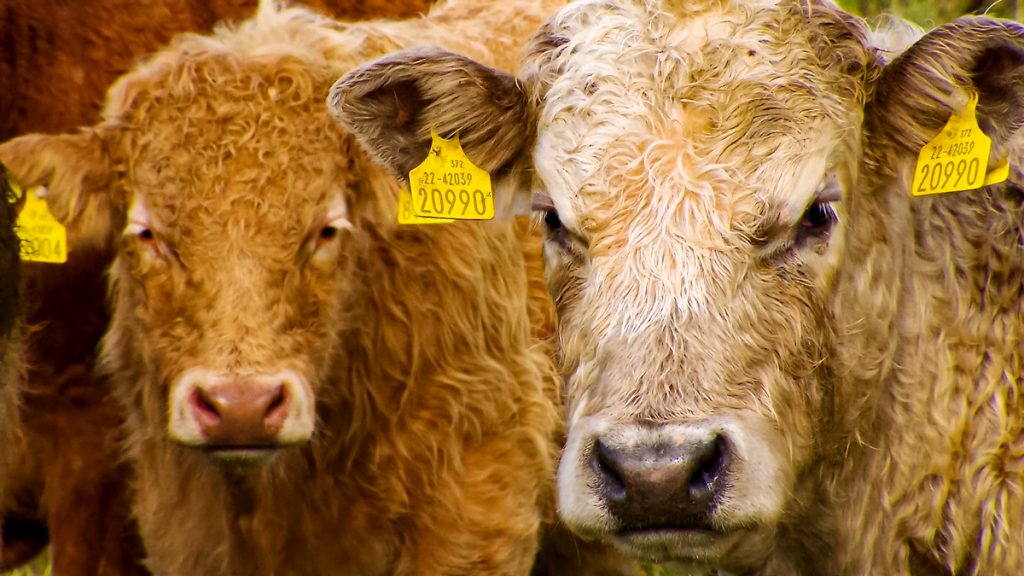 “In terms of processor buy-in, we have had a couple of one-to-one meetings and early indications are positive. They are business people and I’m yet to see business people turn away from a more efficient way of doing business.

“Also, we intend to engage with live exporters in the future. For example, if an exporter had a contract for 500 cattle of a certain criteria, we would be in a position to facilitate the trading.

“Again, early engagement on this front has been positive,” he added.

‘In need of change’

There has been a clear disconnect and lack of trust evident between farmers and beef processors for some time now, and this resulted in a nationwide national protest campaign in 2019.

However, this lack of trust and transparency is still evident today.

“If nothing changes, everything will stay the same; the two parties will stay poles apart and that’s not good for the industry,” Michael explained when describing factory-farmer relationships.

“We see this platform as an enhancement for the industry; it will deliver transparency.”

Well aware of the the challenges that the Irish beef industry faces, Michael believes that with buy-in from farmers, processors, beef industry stakeholders – and the wider agri-food community – there will be a benefit for the entire industry going forward.

As he concluded the conversation, he left with this comment:

“As a man said to me recently, if we can have robots milking cows and self-drive tractors, surely we can sell cattle in this way.” 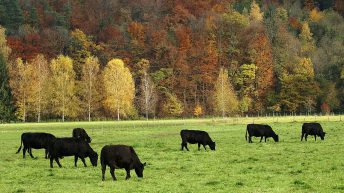