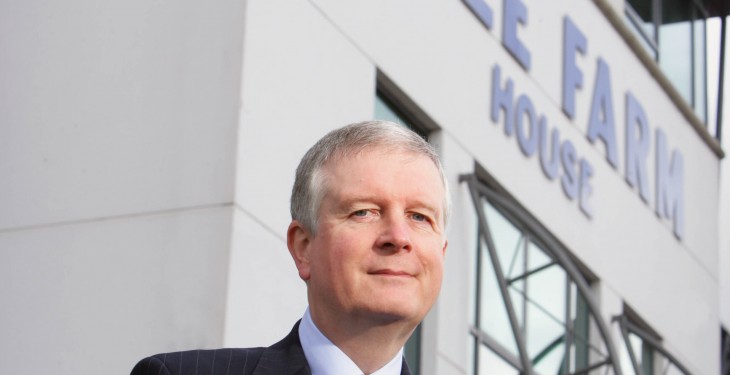 United Dairy Farmers’ chief executive David Dobbin has likened the current state of the world’s milk markets to a ‘win-win scenario’ for both processors and primary producers.

He added: “ Farmers are enjoying record prices and in the case of Dale Farm, we have a full order book at the present time. In fact our turnover has increased by 30 per cent year-on-year. The equivalent increase in actual sales volumes is 20 per cent.”

He continued: “The international dairy market has remained remarkably resilient over recent times and this despite the increased milk output now coming through in a number of countries. This can be attributed, almost exclusively, to the growth in exports of dairy products to China. This can be accounted for by a continuing growth in demand for milk and milk products in that country, allied to a 10 per cent fall in domestic output. This latter development could well be attributed to a foot-and-mouth outbreak in China.

“The reality is that New Zealand cannot keep up with demand from China at the present time. In our own case we are selling whey based powders directly to that market. I can also confirm that demand for these high, value-added products is equally strong in countries such as Russia and many regions of Africa.”

Dobbin went on to confirm his tremendous optimism for the future of dairy in Northern Ireland.

“Next Wednesday will see us officially opening the final phase of the cheese making investment undertaken at Dunmanbridge. This has allowed us to double cheddar output from four tonnes up to eight tonnes per hour,” he further explained.

“In tandem with this we have also put in place a new whey processing plant, which allows us to manufacture whey based WPC 80 powders. This is the most modern facility of its kind, which will allow us to supply the extremely lucrative infant formula and sports nutrition sectors.

“All of this is good news for Dale Farm and United members.”

Turning specifically to the home market Dobbin pointed out that milk production in Northern Ireland is currently running at levels seven per cent higher than this time last year. The equivalent figure for Great Britain is 10 per cent.

“Red Tractor certification on our value-added cheese products is helping to differentiate our brands in retail outlets. Red Tractor compliance is putting an extra 0.4 pence per litre ion to the milk pai to those suppliers that are accredited for the scheme. Most of United’s suppliers are Red Tractor accredited. However, we are keen to grow these numbers further in 2014,” he commented.

“International dairy markets look set to remain steady over the next few months. The big imponderable will be the scale of the spring milk flush in Europe. The fact that producers in the Republic of Ireland are mindful of a potential super levy threat for 2013/2014 may well serve to dampen the scale of Irish peak demand next year.

“The one fly in the ointment at the present time is the growing strength of sterling, which s making our exports more expensive and imports from the eurozone cheaper. This reflects the growth in the UK economy as a whole. And, unfortunately, there is nothing that we can do about that.”

Looking beyond the ending of milk quotas in 2015 Dobbin indicated that EU dairy output may well increase in line with current expectations.

“This is why we have invested so heavily in our processing facilities, such as Dunmanbridge. In so doing we will be able to process all the milk supplied by our members into high value products, which will secure a premium return from the market place,” he concluded.