The national dairy cow population has seen a hefty increase in recent years, according to the Irish Cattle Breeding Federation (ICBF) – which released a county-by-county breakdown of cow numbers in 2017 today (Wednesday, May 2).

This is due to the abolition of quotas leading to expansion, the federation has explained.

The ICBF compiled the figures as of last June to see which counties are the most heavily populated.

From the results, it transpired that Co. Cork was by far the most populated county with a total of 370,564 dairy cows – over double that of its nearest competitor.

This figure is over 200,000 higher than the dairy cow population in Co. Tipperary, which is the second most highly-populated county with a figure of 164,245, according to the ICBF.

Meanwhile, Co. Limerick came in third position for dairy cow numbers – with a figure of 117,400 cows. 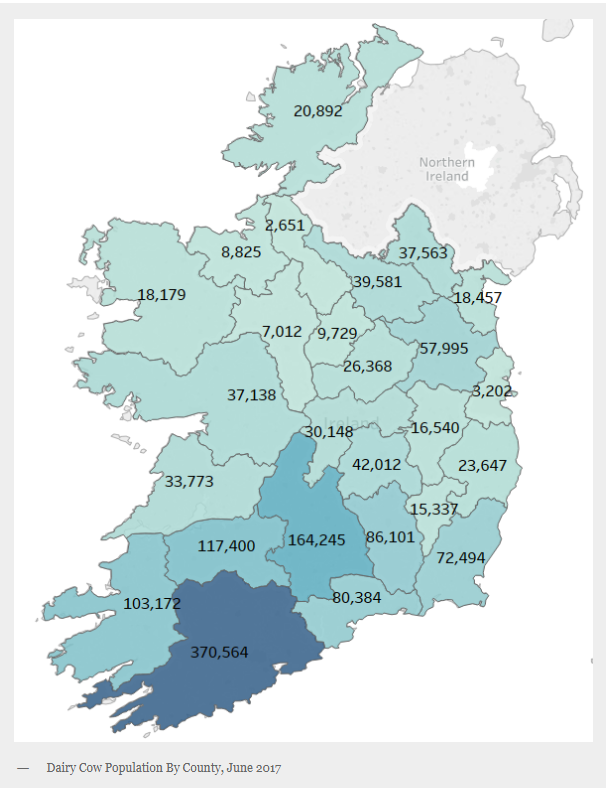 Co. Kerry is not far behind, with 103,172 dairy cows – the last of the counties to break the six-digit figure mark.

At the other end of the scale, Co. Leitrim had the smallest population with just 2,651 dairy cows. The second least populated county is Co. Dublin, with a ‘county herd’ of 3,202 dairy cows – less than half the population of the third lowest.

This is Co. Roscommon, which recorded a dairy cow population of 7,012 head.

For comparative purposes, the ICBF has also provided a dairy cow breakdown from June 2016 – showing notable increases in most counties during that 12-month period. 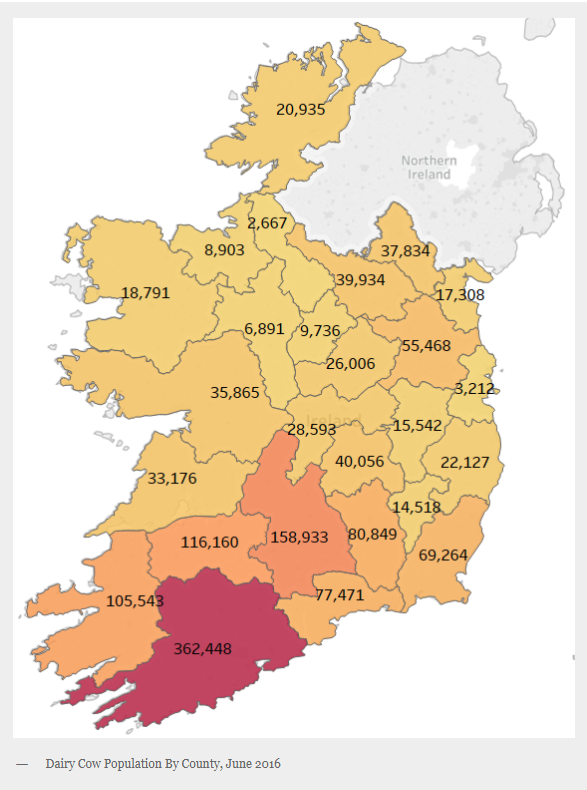 From this, it can be seen that eight counties experienced a decrease in cow numbers of some sort. These included counties: Kerry; Mayo; Sligo; Leitrim; Donegal; Longford; Cavan; Monaghan; and Dublin.

Co. Kerry was also the only county in the southern half of the country to witness a population decrease.

After these, figure reductions were relatively small with: Co. Sligo down by 78; Co. Donegal by 43; Co. Leitrim by 16; Co. Dublin by 10; and Co. Longford by seven cows.

Domestic milk intake down 1.1% for March