The percentage of TB incidences has shot into double digits in one county for the first time this year, according to the latest figures from the Department of Agriculture, Food and the Marine.

According to department statistics for the second quarter of 2017, a total of 6,752 animals tested positive for TB so far this year. This is up marginally on figures from the same period in 2016, when 6,693 reactors were found – a rise of 59 cattle.

In terms of TB ‘blackspots’, once again, the east of the country has been hit hardest, with Wicklow West, Wicklow East and Dublin being worst affected.

Meanwhile, Waterford, Longford and Roscommon were the counties least affected by TB in the last six months. 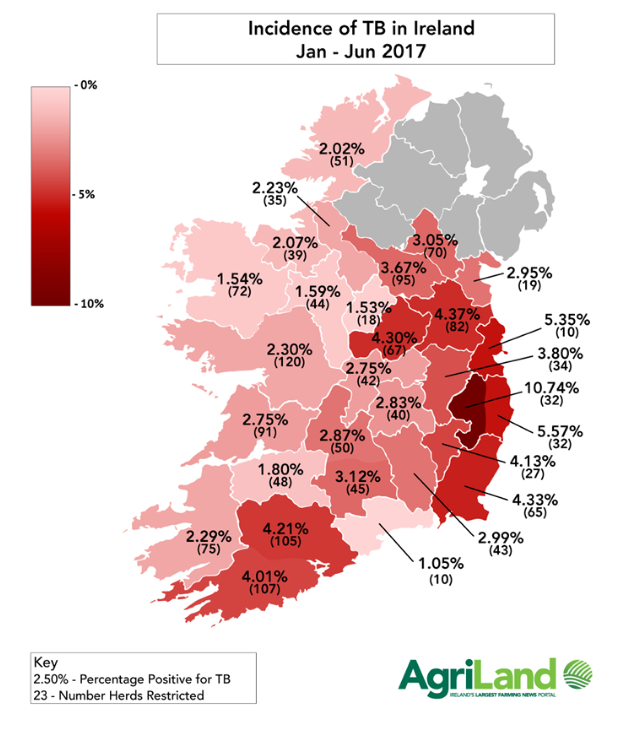 Wicklow West District Veterinary Office (DVO) has had by far the highest incidence rate of TB this year with 32 herds restricted out of the 298 tested, giving a percentage rate of 10.74%. There were 204 reactors discovered in the region to date.

Wicklow East was the second worst hit percentage-wise, with 5.57% – 32 restricted herds from 575 tested. 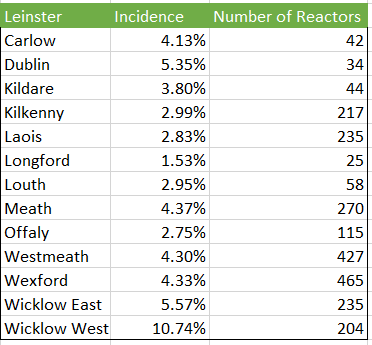 Munster’s highest incidence percentage of TB reactors was found in Cork North, with 105 herds restricted out of 2,494 tested since January – an incidence of 4.21%.

The lowest incidence recorded in the county – and the country – was in Waterford DVO, where just 10 herds out of 954 were locked up – 1.05%. 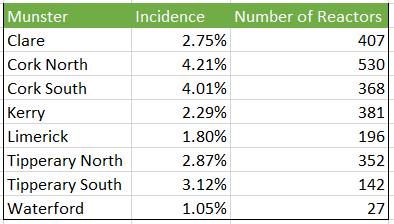 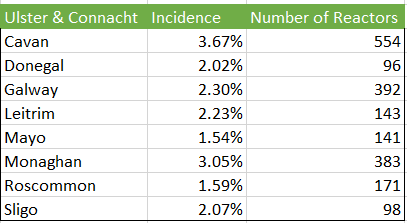 Benefits of feeding seaweed to cattle 'must be seriously looked at'