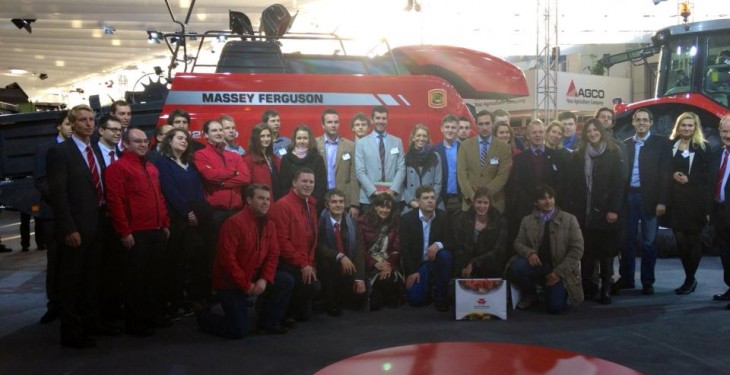 ‘Innovation in Agriculture: Young Farmers are the Future’ was the theme of a conference at Agritechnica.

Organised by CEJA, the European Council of Young Farmers, a delegation from Macra na Feirme attended the event last week.

Speaking to AgriLand, Alan Jagoe vice-president of CEJA and former Macra president, said the working group focused on the implementation of young farmers’ measures in the new Common Agricultural Policy (CAP), particularly choices of calculation methods for the top-up of direct payments and installation aid levels in the rural development programmes.

“We also focused on transitional measures for next year in the rollout of CAP. In addition we spoke on the International Year of Family Farming 2014. The family farm model in Ireland is normal but throughout Europe there are many different models and we will be looking at that in more detail in terms of farming and rural development next Friday at its first meeting.”

In addition, Jagoe also welcomed the new partnership between CEJA and Massey Ferguson, which was launched at the event.

Macra emphasises that a properly funded CAP is a great opportunity to encourage early succession within farm families through a single farm payment top-up for young farmers (based on option three, 25 per cent of the national ceiling) and an investment-led installation aid package in the rural development programme.