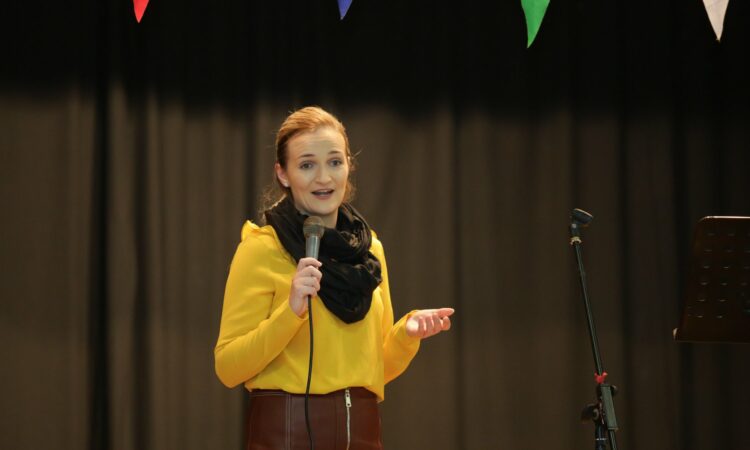 Tonight saw the first name officially entered into the race for next year’s Macra presidential elections.

2019 will see the presidential and vice-presidential elections for Leinster, Munster and the north-west region take place.

The first name officially in the hat is for the position of Leinster vice-president.

Veronica Wheatley – the current Laois county chairperson – made the announcement at a Young Farmer Discussion Group (YFDG) event held by Laois Macra na Feirme tonight and is now seeking nominations for the position.

No announcements were made ahead of the National Conference held at the end of October. As a result, members expected some potential candidates to declare last weekend at the Queen of the Land Festival in Tullamore.

Still no declarations followed and speculation at the event was rife as to who was going to run for the different positions.

Names being suggested for president are:

The position of Leinster vice-president looks like it will be closely fought. Word from members on the ground is that there could be as many as four in the race for that position.

Helen Dempsey, who is also from Co. Laois, is expected to run alongside Veronica Wheatley, but this has not been confirmed. Eamon Briscoe from Co. Louth has also been mentioned.

Chairperson of the Queen of the Land Festival, Ger Mahon, from Co. Offaly, also stirred ideas on Sunday night when he declared that this would be his last year in his current position on the festival committee. Ger added that he wasn’t ruling out other positions in Macra in the future.

AgriLand is not yet aware of any potential candidates for the position of vice-president in Munster or the north-west.